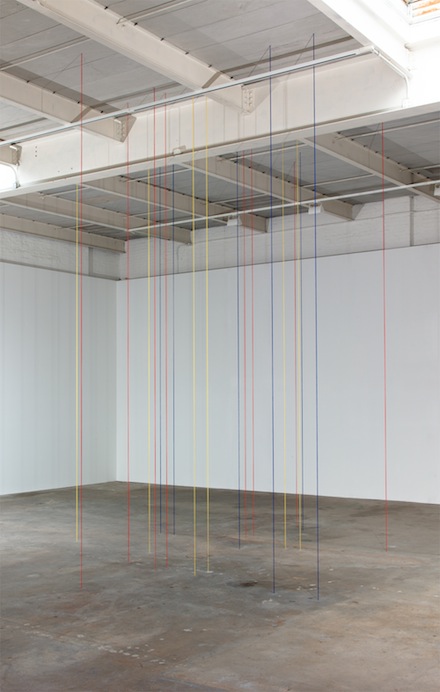 Whitechapel Gallery is exhibiting work of the late artist Fred Sandback, who passed away in 2003. Departing from the somewhat mystical notions of the unreality of objects and the malleability of empty spaces, Sandback’s yarn sculptures slice the gallery’s spatial emptiness with straight angles, mimicking geometrical shapes, which, to the observer’s eye, appear and disappear into thin air. 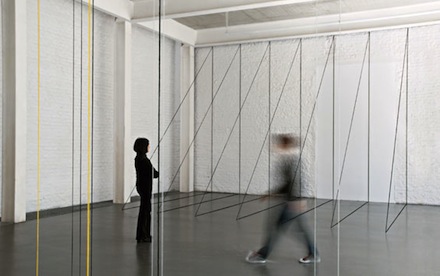 On account of the minimalist’s pursuit of artistic deskilling, Sandback created sculptures describing barely perceptible gestures out of such an everyday material as acrylic yarn. The sculptures’ material frailty and lack of a tangible “inside,” allows for an almost open interpretation of the spaces they interact with, since, by propitiating the acknowledgment of perimeters departing from the gallery’s material boundaries, it evidences the interplay of dimensions, while anchoring a certain notion of the sculptures’ own impossibility. 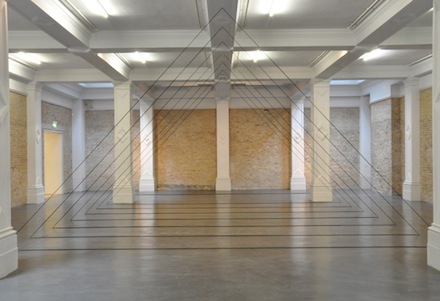 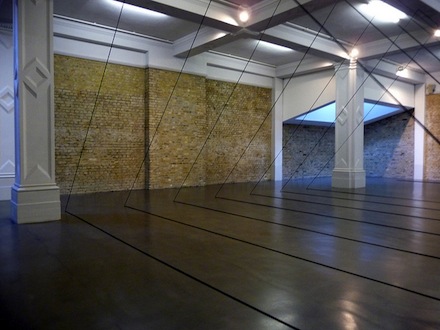 The show at the newly renovated Whitechapel Gallery effectively echoes Sandback’s pursuit of emancipating the most basic geometrical shapes by detaching them from the formulaic context of composition. His sculptures point out at the contradiction in the work of art, constructed by lights and shadows, and which ultimately lies in the eyes of the observer.  This aesthetic, but also somewhat sociocultural commentary present on the artist’s work remains among the boldest and most intricate ones in art history, establishing Sandback as a seminal figure in contemporary artistic practice and theory. 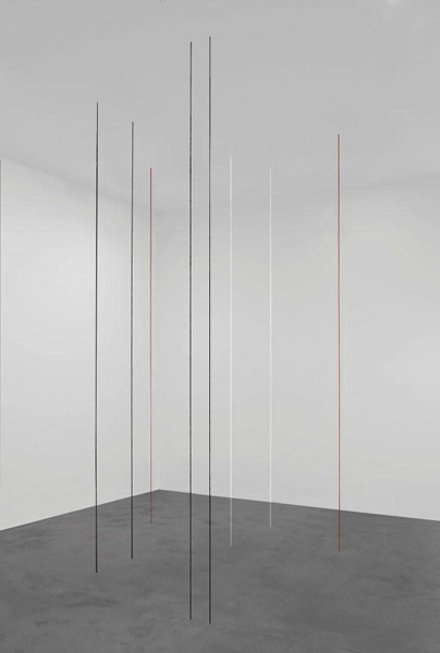 This entry was posted on Saturday, August 13th, 2011 at 9:36 pm and is filed under Go See. You can follow any responses to this entry through the RSS 2.0 feed. You can leave a response, or trackback from your own site.