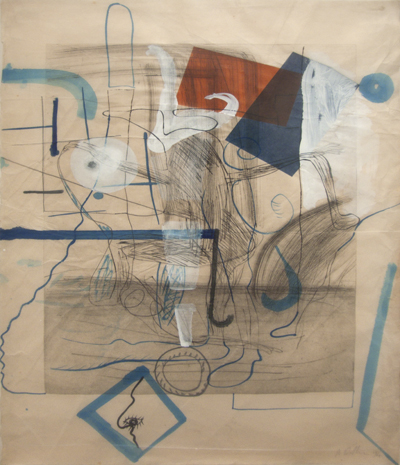 “It’s Great to be in New Jersey” is currently at Los Angeles gallery Honor Fraser, and will be on view through August 27th. Curated by the Norwegian artist Gardar Eide Einarsson, known for multimedia works that celebrate freedom from authority, the exhibition presents works by a diversity of artists including Christopher Wool, Albert Oehlen, Banks Violette, David Ratcliff, Linder, Raymond Pettibon, Wolfgang Tillmans, Oscar Tuazon, and Bea Schlingelhoff. “It’s Great to be in New Jersey” celebrates the influence of British Punk and the ways in which each of these artists interpreted and experienced the movement.

Punk music developed between 1974 and 1976 as a genre utterly distinct from the music of the early 1970s and was characterized by an anti-establishment mentality.  Such qualities are easily transferable to the visual arts forming the threads connecting the music to the exhibition at Honor Fraser. Gadar Eide Einarsson explains that “There are a lot of works that I am happy we were able to get for the show and who I feel represent a punk rock attitude and aesthetic without falling into the many pitfalls surrounding an idea for a show.”

The main question that arises, perhaps, is why an exhibition in Los Angeles is titled “It’s Great to be in New Jersey.” The name is derived from a performance by the punk rock band Fear. Formed in 1977 in Los Angeles, Fear is credited with helping to shape and define the sound of hardcore punk. At a in1981 performance on Saturday Night Live, the band introduced themselves to the New York City crowd by saying “It’s Great to be in New Jersey” a commented which elicited boos from the audience. 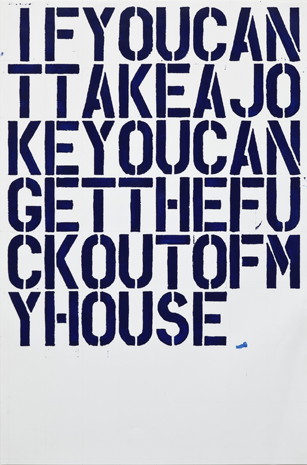 Christopher Wool, in his Untitled (F48), uses language mirroring lyrics found in punk rock. In dark blue capital letters Wool has printed “IF YOUCAN’T TAKE A JOKE YOU CAN GET THE FUCK OUT OF MY HOUSE.” 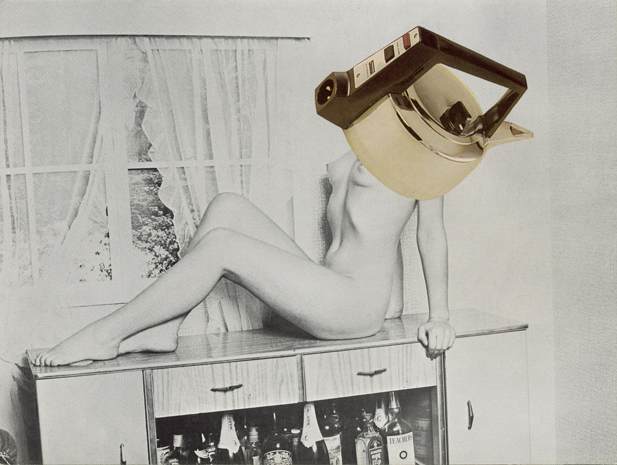 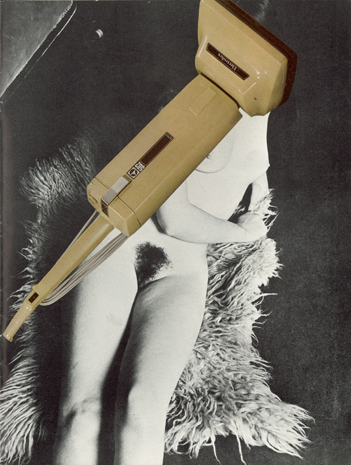 Linder juxtaposes images to create a similar effect. Pretty Girl I depicts a naked woman lounging seductively atop a liquor cabinet, her face replaced by a teakettle: the essence of her individuality reduced to a household appliance. Two other pieces by Linder also mask the faces of nude women using a vacuum and a crockpot. 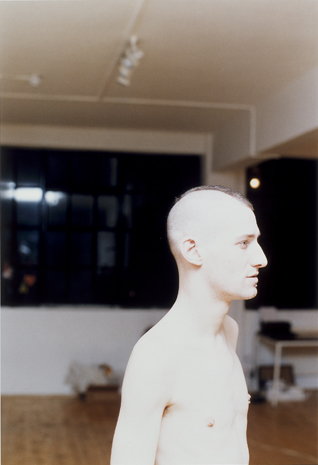 In Wolfgang Tillmans’ photograph Phillip light, the print captures the portrait of a pale, shirtless man in the middle of an open room. Illuminated by an unseen light source, his skin glows white, though we the viewer can still make out his short Mohawk and various piercings. Visually he perfectly presents the stereotypes associated with punk rock: washed out skin, numerous piercings, and the Mohawk. Yet nothing surrounding him suggests a punk attitude; he just exists in his reality.

This entry was posted on Sunday, August 21st, 2011 at 1:23 pm and is filed under Go See. You can follow any responses to this entry through the RSS 2.0 feed. You can leave a response, or trackback from your own site.