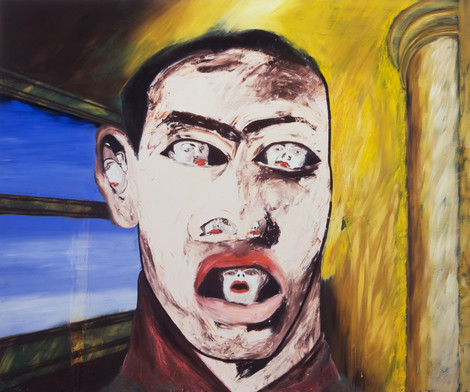 Frankfurt’s Schirn Kunsthalle’s “Francesco Clemente. Palimpsest,” an exhibition of work by Francesco Celemente, is the first show of the artist’s work in Germany in over twenty-five years. “Palimpsest” exhibits works spanning thirty years of Clemente’s career, filling three galleries with large paintings as well as jewel-toned watercolors. The show is open through September 4th, 2011.

Derived from the ancient Greek word palimpsestos meaning “to scrape again,” a palimpsest is a piece of writing material, such as a tablet or vellum, that is reused after the original text has been erased. Curated in close contact with Clemente, the exhibition displays his own palimpsests of sorts: surfaces and texts which have been partially erased and remade. 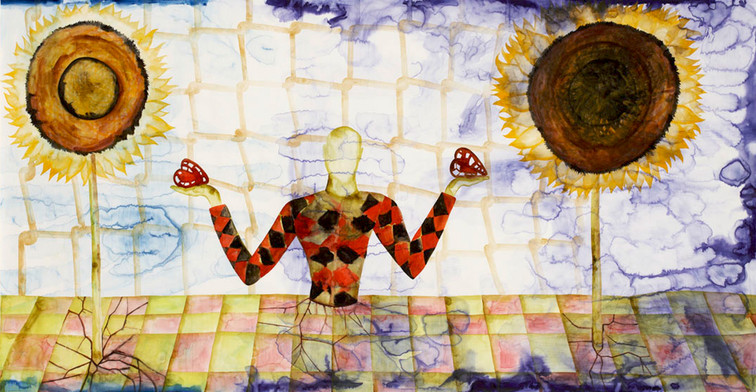 Francesco Clemente, A History of the Heart in Three Rainbows (I) (2009) 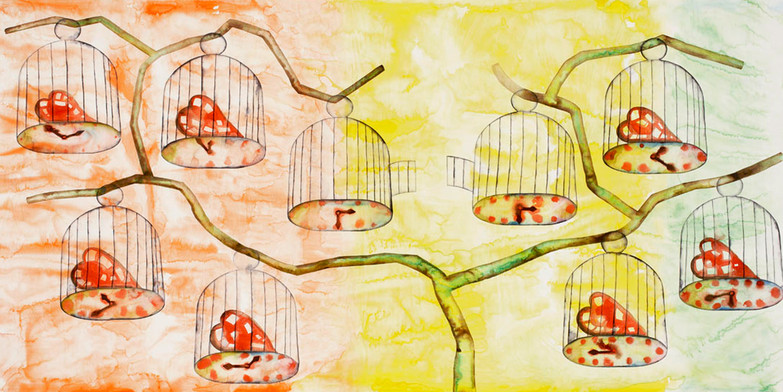 Francesco Clemente, A History of the Heart in Three Rainbows (II) (2009)

One of the most striking works in the show is Alba, an oil painting of Clemente’s wife. Her large, brown eyes stare directly at the viewers – caught between blinks. Alba’s skin is made up of shades of warm ocres and blues, and she projects a distinct dream-like state- at once floating and in shadow. Alba’s body fills the entire frame, curving sinuously, the bold reds of her dress and shoes lending a vibrancy both to the work and wearer.

Equally imaginative are the three works of “A History of the Heart in Three Rainbows”. In each, layers of translucent colors enliven the seemingly simple compositions: hearts in birdcages, a man flanked by two sunflowers. In A History of the Heart in Three Rainbows (I), from 2009, a small, reddish heart floats alone in a circle of white. A blackened shadow separates the pure white from the leaf-like forms that twist and grow among pink, amorphous clouds. Clemente’s vibrant and vivacious color play — his mastery of watercolor — bring depth and consideration to the work. 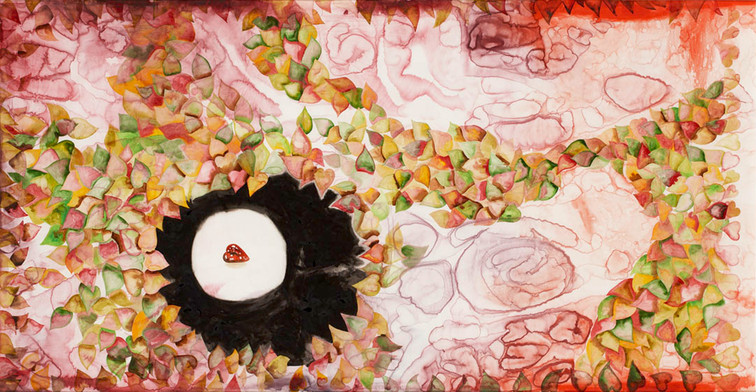 Francesco Clemente, A History of the Heart in Three Rainbows (I) (2009)

Clemente is celebrated for his surreal, expressive images, as well as his collaborations with other artists and authors. While each work may unto itself be a palimpsest, it is evident that the way in which he understands and responds to the world is based upon the layers of being. Installed chronologically, the exhibition unfolds.

This entry was posted on Friday, August 19th, 2011 at 12:01 am and is filed under Go See. You can follow any responses to this entry through the RSS 2.0 feed. You can leave a response, or trackback from your own site.