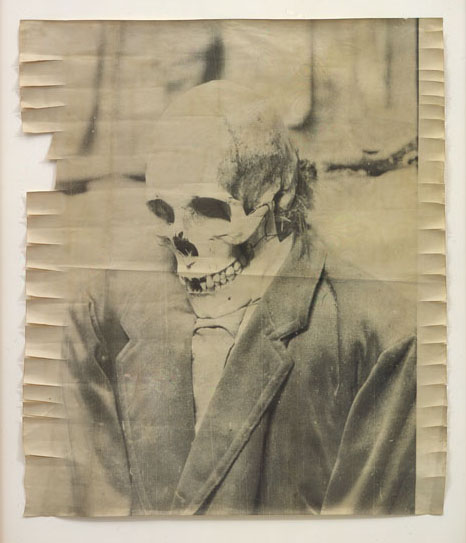 “Sigmar Polke: Photoworks 1964-2000” is currently on view at Leo Koenig, Inc. in New York City through September 3rd, 2011.  Developed in collaboration with Winckler Fine Arts, Berlin, the exhibition displays a carefully curated slice of the thousands of photographs Sigmar Polke made throughout his lifetime.  The images chosen demonstrate his enthusiasm for photographic experimentation and the subjects captured range in tone from humorous to serious.  The exhibition reveals Polke’s chameleon-like aptitude and capriciousness. 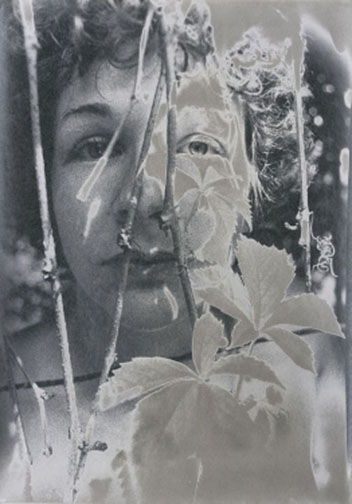 Born in 1941, Sigmar Polke began his career as a glass-painter’s apprentice. He studied at the Dusseldorf Art Academy from 1961 to1967, and only beginning to concentrate heavily on photography in the 1970s. The photographs featured at Leo Koenig range in date, but all are black and white. Overtime, the tones have faded to shades of gray and brown; at first glance the images seem as if they could from a flea market or ancient scrapbook. Polke’s subject choice however makes clear that these are fundamentally artistic in nature. 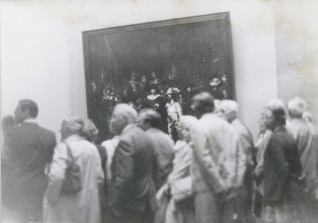 Untitled (“The Nachtwache” at Petit Palais, Paris) from 1971 captures crowd in front of Rembrandt van Rijn’s famous painting Nachtwache or  The Night Watch. The exhibition hall at the Petit Palais is crowded and few people within the group are actually looking at Rembrandt’s masterpiece. Here, the congestion and tedium of standing around are perfectly depicted. Polke’s photograph is interesting not for the Rembrandt, but instead because we understand the feeling of waiting and wandering. 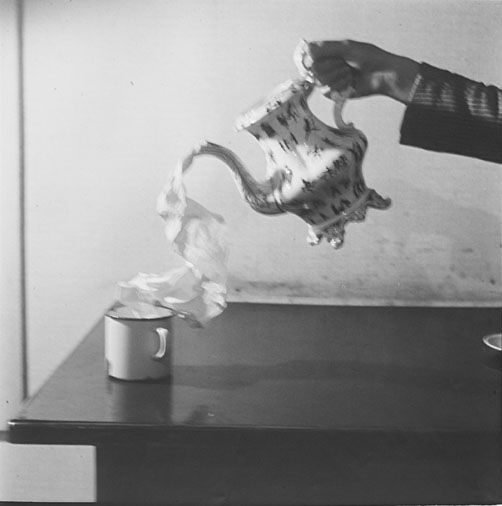 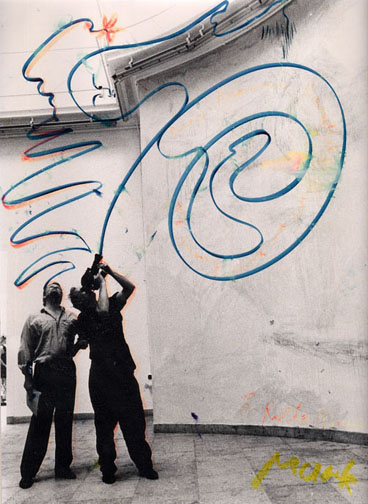 In an altogether different vein is his 1986 photograph Untitled (Biennale).  Two men stare upwards in a large, unidentified interior space. The man on the left holds what most likely is some sort of guide in his hand, while the one on the right points his camcorder upwards. The image would have been slightly unremarkable had Polke not added color designs over the printed photograph. Out of both the lens of the camcorder and the eye of the other man swirl blue lines – the path of their whimsical vision.

The exhibition also displays more abstract photographs including Untitled (Kristallisation) from 1986, in which it becomes impossible to tell what, if anything, Polke photographed, or if he created the crystalized effects himself. Like ice on a windshield or gathered dust on a mirror, the particles photographed form nondescript patterns and shapes. 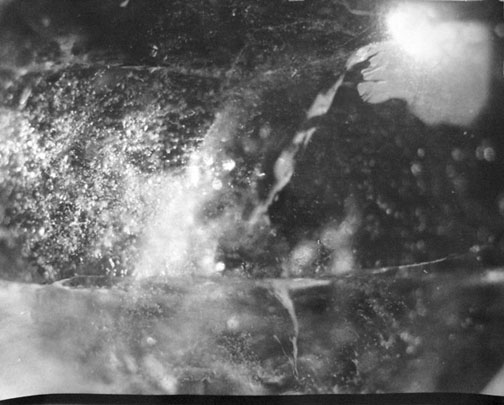 The many photographs at Leo Koenig are a testament to Sigmar Polke’s skill and range. The exhibition, at times, feels disparate if only because it is so difficult to grasp all the many directions the artist went though, but when viewed collectively, the images provide a snapshot into Polke’s creative process and ever-changing technique.

This entry was posted on Thursday, August 18th, 2011 at 1:00 am and is filed under Go See. You can follow any responses to this entry through the RSS 2.0 feed. You can leave a response, or trackback from your own site.