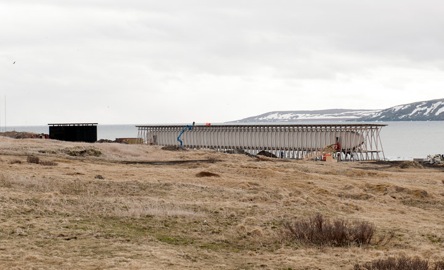 View of the Vardø, Norway memorial “Steilneset”, 2010. All images via Wallpaper*

Architect Peter Zumthor and artist Louise Bourgeois have collaborated to design a memorial to the victims of the Finmark witchhhunts of the early 17th century.  The Steilneset stands on the edge of the small town of Vardø in Norway, where 91 women were burned at the stake or tortured to death. 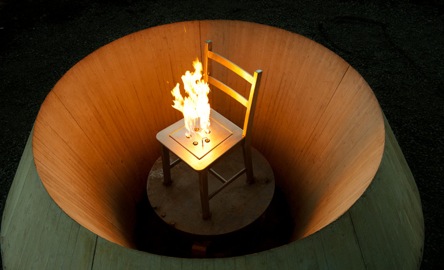 Bourgeois and Zumthor were commissioned to the project by curator Svein Ronning as a part of Norway’s federally-sponsored National Tourist Routes program, a series of 18 scenic driving routes that stretch from north to south meant to form “the core of the travel experience.” Zumthor, winner of the 2009 Pritzker Prize, is a Swiss architect with a background in carpentry and industrial design who became a conservationist architect for the Department for the Preservation of Monuments of the canton of Graubünden in the Swiss Alps  where he gained a unique understanding of construction and the qualities of different rustic building materials. He is known for his exploration of the tactile and sensory qualities of spaces while retaining a minimalist feel. 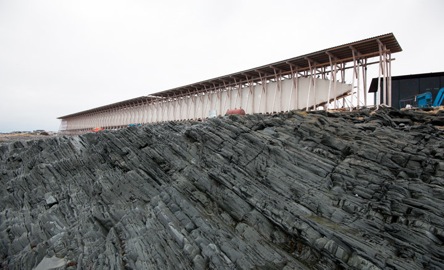 Louise Bourgeois, who died at the age of 98 in May 2010, was a French-American artist and sculptor recognized as the founder of confessional art. She was born in Paris and studied mathematics and geometry at the Sorbonne until the death of her mother inspired her to begin studying art. Her works are abstract, yet often suggestive of the human figure, and always autobiographical, with recurring themes of childhood trauma, sexuality, fragility, architecture and memory. She is perhaps best known for her steel and marble spider sculptures created in the late 1990s as a metaphor for the strength of her mother, originally commissioned for Tate Modern‘s Turbine Hall and subsequently acquired by the Guggenheim Bilbao. 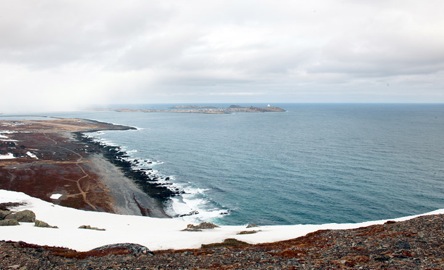 The site chosen for the monument is where burnings actually occurred. Inspired by the massive racks once used to dry the fishing town’s daily catches, the 125-meter-long wooden frame forms a long corridor which visitors can access via ramp. Canvas is stretched taut within the structure, and 91 windows commemorate each victim individually. The name, accusation, confession, and fate of each woman are printed on sections of silk hanging below bulbs next to each window. Zumthor chose the location of each window by throwing a dice to represent the “arbitrary and cold ‘trial by water’ method that sealed so many fates.” A black glass cube at the end of the structure houses Bourgeois’ 3 works: The Damned, The Possessed, and The Beloved. 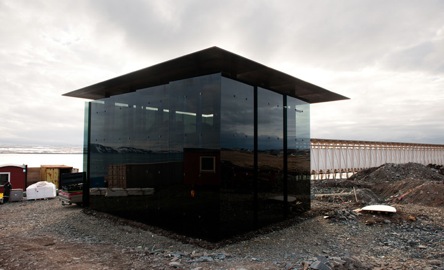 Bourgeois and Zumthor collaborated transcontinentally – Zumthor in Switzerland and Bourgeois in New York, which presented some difficulties in communication between the two artists (“Louise [who was unable to visit the site] wanted me to start. I had my idea, I sent it to her, she liked it, and she came up with her idea, reacted to my idea, then I offered to abandon my idea and to do only hers, and she said, ‘No, please stay.'” But the two were able to negotiate an installation that, as Zumthor describes in the same interview with Artinfo, “is really about two things — there is a line, which is mine, and a dot, which is hers…Louise’s installation is more about the burning and the aggression, and my installation is more about the life and the emotions [of the victims].” 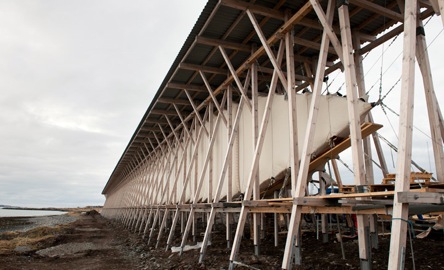 This entry was posted on Friday, August 26th, 2011 at 2:26 pm and is filed under Go See. You can follow any responses to this entry through the RSS 2.0 feed. You can leave a response, or trackback from your own site.