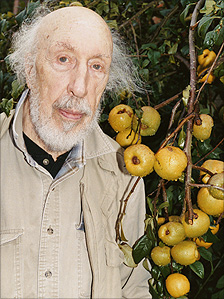 Breaking: Richard Hamilton, the “Father of Pop,” designer of Beatles White album, died this morning at 89. Recently showed at Serpentine Gallery, was working on major retrospective to show next year.   Gagosian gallery confirmed his death, at an undisclosed location in Britain. [AO Newslink]

Read the article via the BBC

This entry was posted on Tuesday, September 13th, 2011 at 12:53 pm and is filed under Art News. You can follow any responses to this entry through the RSS 2.0 feed. You can leave a response, or trackback from your own site.