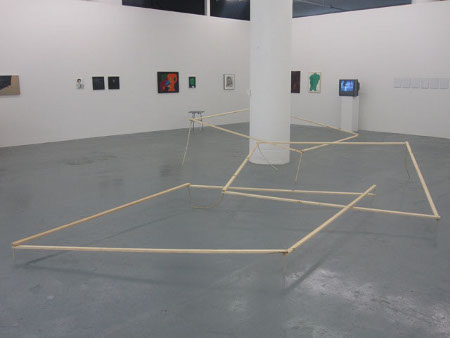 Bodies and their attendant messes, the connection between the artist and the viewer, and the complicated processes of making and looking at art are all covered in this wide-ranging exhibition which was organized by West Street Gallery but is hosted by Harris Lieberman in Chelsea. The press release tells us that the show was was inspired by William Wegman‘s videos from the 1970s, four of which play in a loop on a television in the installation. One of these, Milk/Floor (1970-78), shows the artist dribbling milk from his mouth and his iconic dog lapping it up, setting the tone for the show by poking fun at the often absurd relationship between the artist (dribbling the milk) and the public (lapping it up). The rest of the works further probe this moment of connection. 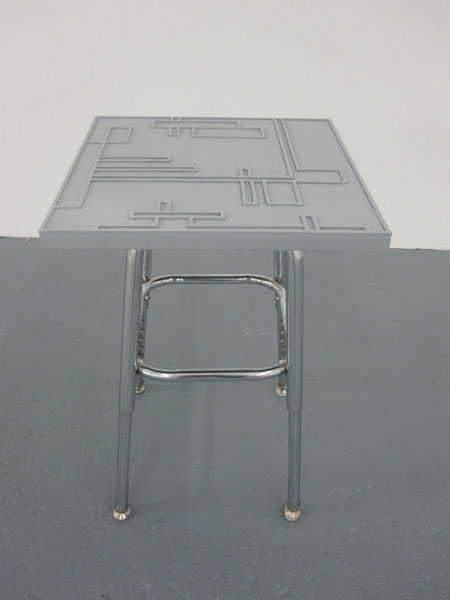 Many of the works in the show thrust themselves insistently into the viewer’s space, forcing an almost physical engagement. Valentin Carron’s hand-sculpted version of a black wooden beam coming out of the gallery wall is darkly threatening, yet also calls attention to the careful and demanding process of its creation. Zak and Alex Kitnick’s sculpture City invites the viewer to imagine sitting on it while also winking at both modern design and geometric abstraction. On the floor in the center of all of this, Josh Tonsfeldt’s wobbly wooden spider web seems to want to capture us like it has already captured the omnipresent Chelsea white column. 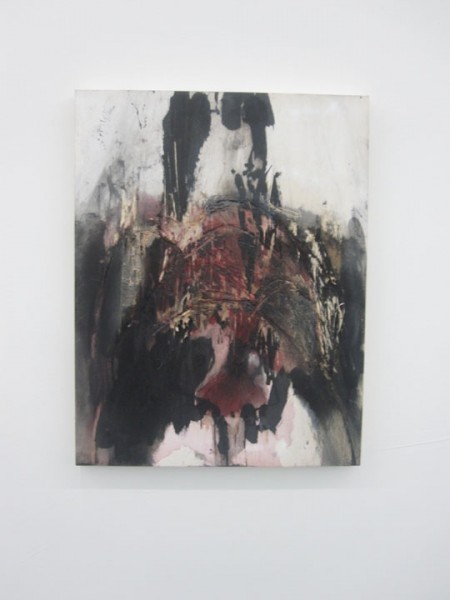 The paintings in the show also invite a close and charged engagement. Many of them include figures or parts of figures falling apart, morphing, and bulging. And while these works thrust themselves into our space less, they still confront us with the physical process of their creation. For example, Bianca Beck’s paintings, in which she builds up layers of paint and then attacks and carves into these layers, have an insistent angry presence. 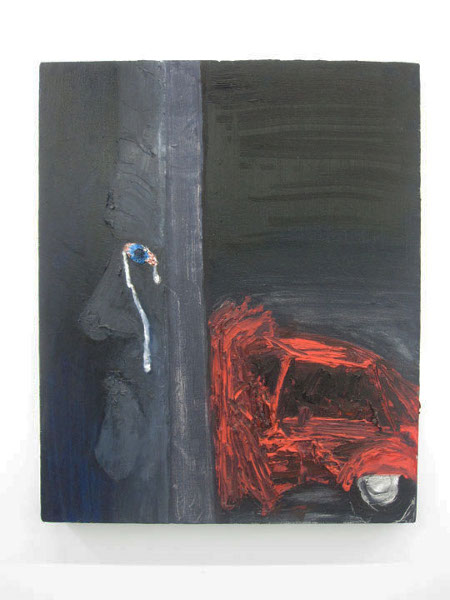 This same impact is seen in Ian Hokin’s visceral, cartoon like paintings of disturbing scenes. Sam Anderson contributes several wry portraits of movie star types, needling at both contemporary portraiture and the consumerist experience of entertainment. Finally, Gelitin’s Untitled (Mona Lisa), 2010, almost invites us to lick it with its distorted layers of gummy colors. 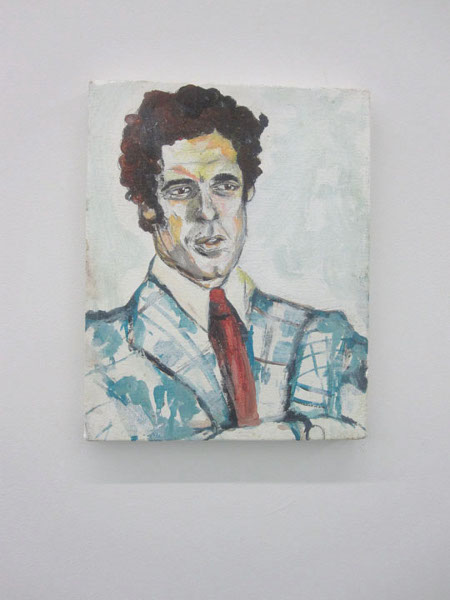 This show includes twenty three artists in total, each adding to the conversation about figuration and the artist/viewer connection, often with a winking sense of humor. Within this clamor, each visitor will find works they respond to and works they don’t, but the overall exuberance is appealing and exciting.

This entry was posted on Sunday, September 4th, 2011 at 1:02 pm and is filed under Art News, Go See. You can follow any responses to this entry through the RSS 2.0 feed. You can leave a response, or trackback from your own site.