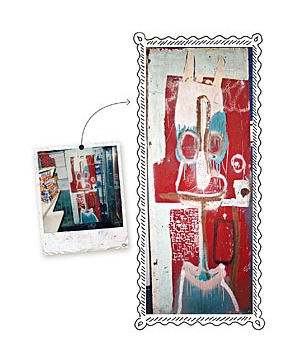 At SpeechTEK, Avaya debuted new versions of its self-service software.

The company said the enhancements make it easier and more cost- effective to improve customer service with speech automation, and provide a foundation for using self-service to create faster, more productive business processes.

The new version of Avaya Voice Portal features expanded support for the latest Internet standards, including CCXML, programmable Web Services and VoiceXML 2.1. This creates an open, multi-vendor environment that speeds and simplifies the integration of speech self-service, while reducing its cost of deployment. Avaya Voice Portal and Dialog Designer also feature new Web Services offering a faster, more cost-effective way to use speech in outbound calling applications. ‘Outcall’ capabilities are important to businesses such as law firms or hospitals, which can use Avaya’s solution to more efficiently integrate speech into an existing appointment scheduling application, and have it automatically call clients to ask them to confirm appointments using speech.

Avaya Voice Portal has been designed to work with Communications Enabled Business Processes (CEBP) — processes that automate the human collaboration required to conduct business. Voice Portal’s enhancements will simplify the integration of speech self-service within CEBP, helping to improve the automation of processes such as supply chains. For instance, Voice Portal can help notify purchasing agents when supplies run low, and ask them to answer automated questions or provide a status using speech.

“The value of speech in self-service is growing as it proves to be an important asset in the delivery of stellar customer service,” said Kris Weitz Rammer, Chief Information Officer. “Any time you can give a customer a human voice and a choice of options, you are adding value. We think Avaya Voice Portal will help us do this in the most advantageous and efficient way.”

This entry was posted on Monday, September 19th, 2011 at 5:41 pm and is filed under Art News. You can follow any responses to this entry through the RSS 2.0 feed. You can leave a response, or trackback from your own site.