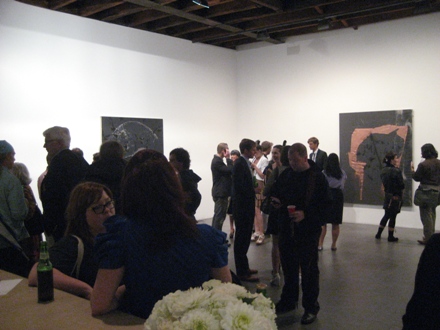 Opening night. All images for Art Observed on site by Ana Marjanovic.

Rosy Keyser’s solo exhibition Promethean Dub is on view now at the Peter Blum gallery in Chelsea. Using both traditional and nontraditional materials on her abstract canvases, including house paint, enamel, and mica, Keyser explores the theme of rebirth and sustainability. As explained in the press release, the title of Promethean Dub refers to the “myth of Prometheus, who was responsible for endowing humankind with the fire of life and the musical genre Dub, born of poverty and ingenuity, a means of creating new sounds by reformatting preexisting songs.” 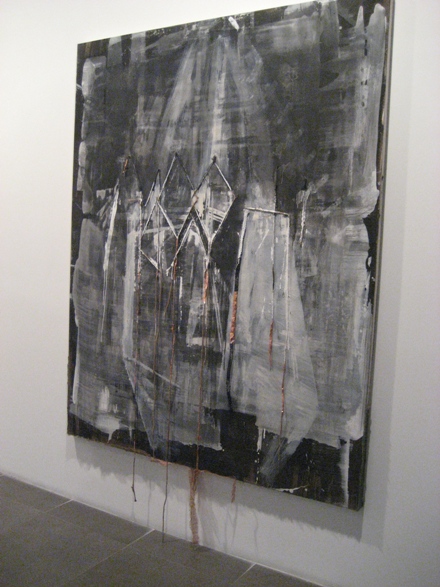 The history of American abstract painting may be characterized as scattered and incoherent, but it generally refers to “various forms of abstraction and… psychic self-expression.” Favored by the critics Harold Rosenberg and Clement Greenberg in the late 1950s and throughout the ’60s, abstraction became an aesthetic norm and secured an ardent institutional support. However, in the 1980s, critics such as Rosalind Krauss challenged the supremacy of abstraction by arguing that it reflected political neo-conservatism and contributed to the commercialization of art. While themes in abstract art have varied from the sublime to the vernacular over the past fifty years, Promethean Dub explores both the universal idea of rebirth as well as Keyser’s attitude toward the contemporary social status of abstract art. 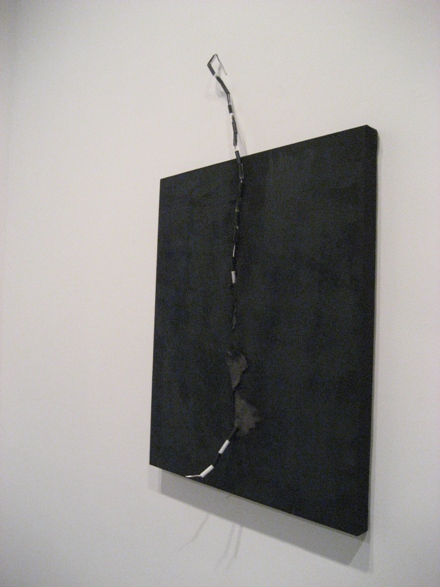 By using unconventional materials and attaching found objects to her canvases, Keyser creates a quasi-sculptural effect. This sculptural quality, as seen in Coyote with Flash (2011) and Mooncalf (2011), challenges the traditional medium of oil on canvas. 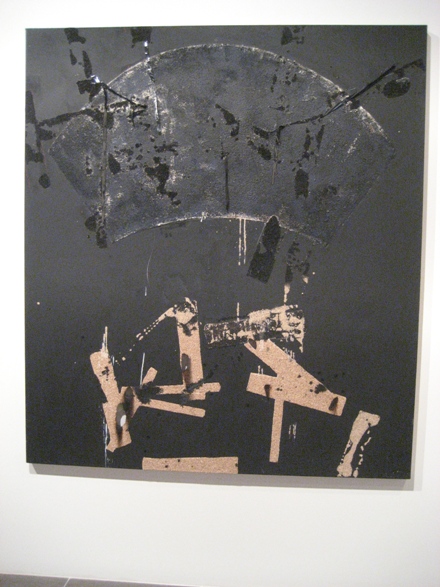 Furthering her nontraditional approach, Keyser is not afraid to use fire. In To Swallow the Sea (2011), the artist burned the lower part of the canvas in a reference to the Promethean myth. In 2008, Suzanne Hudson called Keyser’s art “neo brut.” Art Brut—“outsider art”—was a practice unrecognized by art institutions, mainly museums and galleries. Yet, Promethean Dub is on view through November 12. 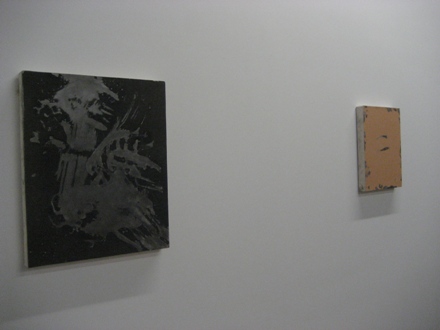 This entry was posted on Friday, October 7th, 2011 at 12:59 am and is filed under Art News. You can follow any responses to this entry through the RSS 2.0 feed. You can leave a response, or trackback from your own site.