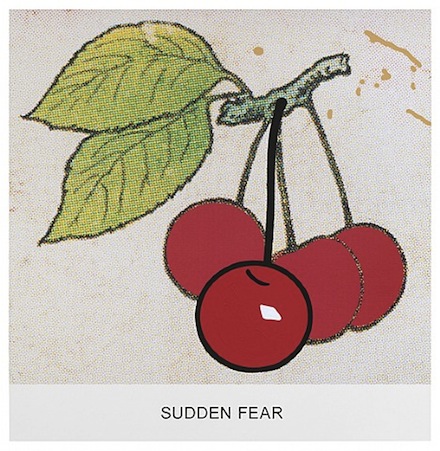 Eighty-year old John Baldessari opens Berlin’s Sprueth Magers fall season with new works in a show titled Double Feature. Baldessari continues his image appropriation, for which he is well-known, with this series of works giving the audience a complex set of collages to view. Baldessari is a pioneer in hybrid art forms, mixing photographic collages, paint, billboards, and performance, remaining outside the confines of a neat categorization. 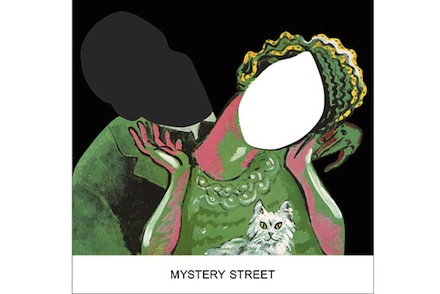 The exhibition consists of ten new collages. All the pieces have an image that has been magnified and cut out of some ancestral image, from magazines or books usually, and are then placed free of their former context in a new one, namely Baldessari’s canvas. These appropriated images take up most of the canvas, but there is always a caption on the very bottom of the canvas, creating a “pictorial puzzle” from which the viewer is supposed to tease out the piece’s meaning. In this new series, Baldessari has taken images (that were themselves appropriated) from the history of modern art, from artists like Henri Matisse and Max Ernst. In his Mystery Street (2011), Baldessari has taken an image from an art history book of Francis Picabia’s Under the Olive Trees (1926), and removed the faces and background; the woman’s face is now a white blank, and the man’s face is a soft black, set against a black background. The cat remains in the image, a remnant of the Picabia scene. The image has now been transformed into something else,—a mystery street—something that takes the viewer to somewhere unknown. 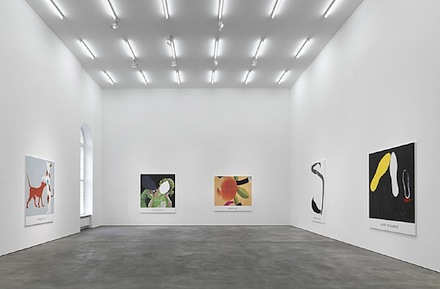 The titles are part of the “visual joke” of the pieces. Each one is the title of a B-movie—and likely some film noir movie, a favored genre of Baldessari’s. The titles have no immediate link to the image above them, but one wonders how disassociated they can be. For as we are led from image to text, and association to association, we conjure up countless stories. 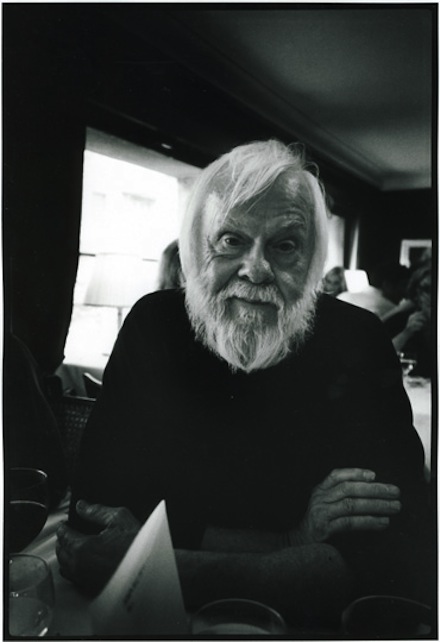 Baldessari, photo by Sidney B. Felsen. Via Baldessari.org.

This entry was posted on Saturday, October 15th, 2011 at 10:11 am and is filed under Art News, Go See. You can follow any responses to this entry through the RSS 2.0 feed. You can leave a response, or trackback from your own site.