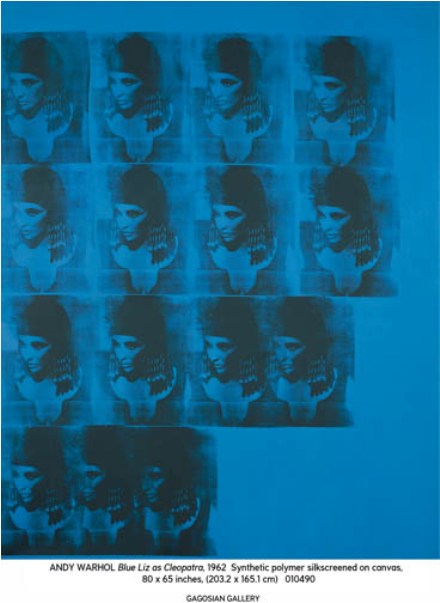 An assembly of prints from 1962 and 1963, Andy Warhol‘s series of recently deceased movie star and social activist Elizabeth Taylor—the exhibition appropriately titled Liz—is currently on view at the Gagosian Gallery in Chelsea. An iconic figure of Pop Art, Warhol reintroduced figurative imagery into the 1960s art scene, otherwise dominated by an aesthetic ideal of abstract expressionism. As seen in the Liz series and the rest of his early portraiture, Warhol re-appropriated images from the media, mechanically multiplying them via silkscreen. 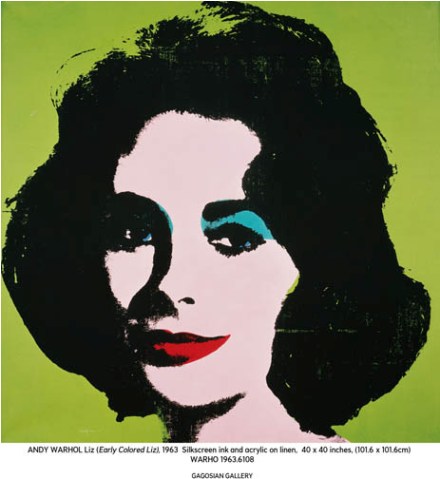 While the press release points to an emphasis on Taylor’s individuality, various other interpretations exist as well. In her 2004 essay, Jennifer Dyer writes of the works being a “reaction to commodity fetishism, the artist’s attempt to articulate his own sexuality, and as his effort to connect art with the mundane life.” In a review for the City Arts, John Demetry termed a “post 9/11 audience” to discuss the influences and reactions of a new kind of relationship between ‘the celebrity’ and his or her fans. Stressing Taylor’s compassion during and after 9/11, in addition to her activism toward HIV/AIDS victims, Demetry suggests a transformation from Liz Taylor as celebrity to role model. Yet such a transformation may remain ambiguous through the images of the 1960s, Taylor statically represented as child star or exotic diva. 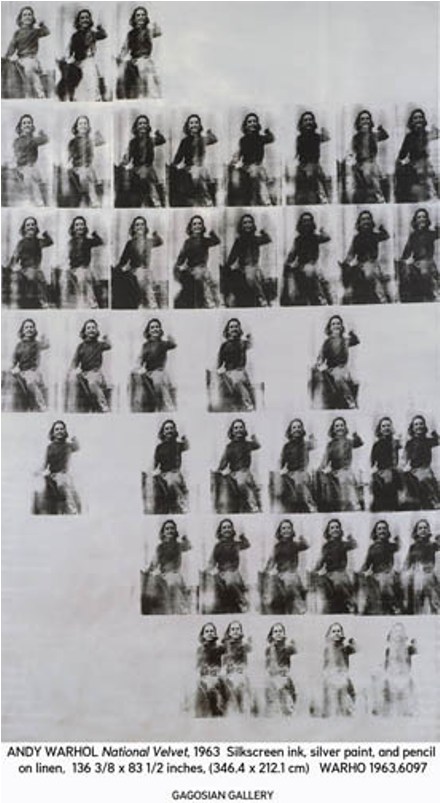 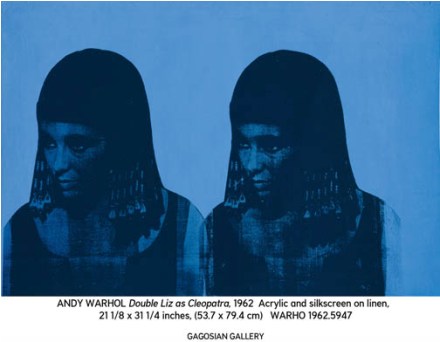 This entry was posted on Tuesday, October 18th, 2011 at 7:15 pm and is filed under Art News, Go See. You can follow any responses to this entry through the RSS 2.0 feed. You can leave a response, or trackback from your own site.