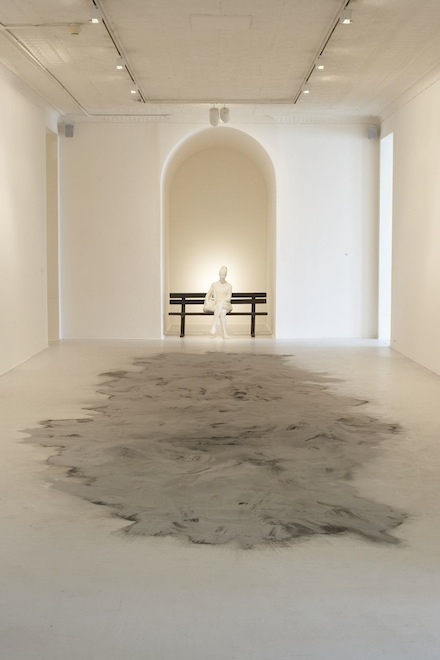 For an exhibition dedicated to the memory of September 11, 2001, September 11 at MoMA PS1 is conspicuously void of images from the tragedy 10 years ago. There are no day-after headlines, no lists of missing persons, no photos of crumbling towers filled with smoke and terror. Instead, curator Peter Eleey approaches 9/11 with more than 70 works by 41 different artists, the works created for reasons wholly separate from, and many before, 9/11/01—only 1 piece was made as a direct response to the tragedy. “Horrific, yet familiar, images of the attacks and their aftermath are embedded in our memories,” says the press release. “This exhibition considers the ways in which 9/11 has altered how we see and experience the world in its wake.” 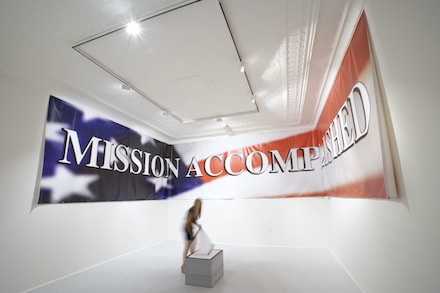 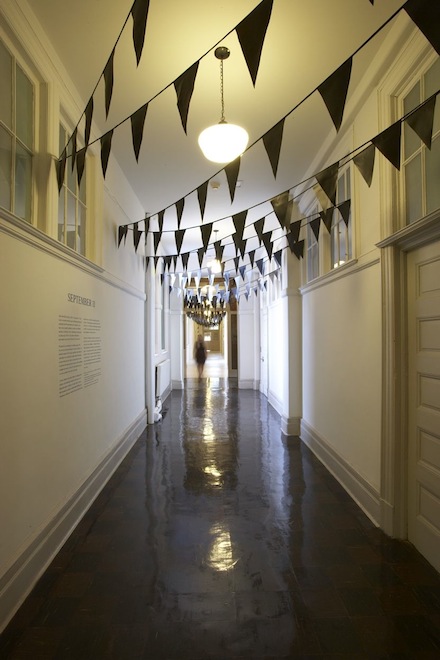 The exhibition is arranged throughout several gallery spaces to create poignant and challenging vignettes. The entrance to one gallery swells with a score that practically screams patriotism; it’s John Williams’ score to the 2000 film The Patriot. At the far end of the same gallery sits George Segel’s Woman on a Park Bench. Segel’s ivory lady sits alone on a black bench under a tall arch, in front of her is a field of ash. The ash, Roger Hiorn’s Untitled (2008), is an atomized passenger aircraft engine. The cause of so much destruction is now itself destroyed and on display as our woman bears silent witness. 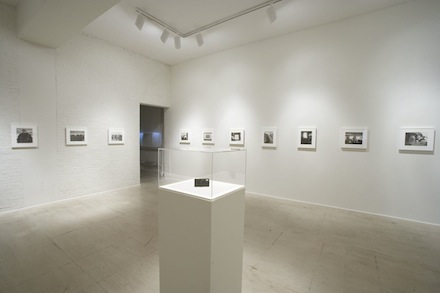 September 11 operates under the belief that the titular tragedy has forever altered the way we experience the world. With the words “September 11″ forever engrained in the back of one’s mind, a photograph of a stapled-together mouse pad might become a metaphor for a nation’s security—something torn apart and desperately pieced back together. John Pilson’s “Selections from Interregna,” which includes the aforementioned piece (titled Misty Harbor II), is a series of black and white photographs of cubicles, desktops, and cardboard boxes in a pre-9/11 office building. When placed in a 9/11 context, the suited men roaming the halls on their coffee breaks in these photos might as well be ghosts. 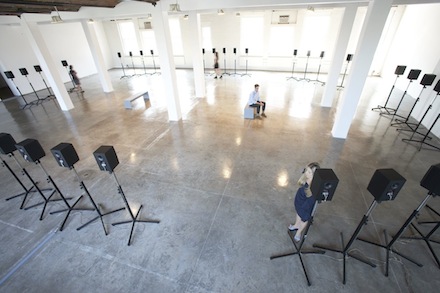 In choppy black and white clips, Jem Cohen’s 6 minute film Little Flags (2000) shows us downtown Manhattan covered in debris, streets littered with pieces of paper that continue to fall from the sky as people swarm en masse. Chants of “USA! USA!” are in the background, a crowd of New Yorkers dressed in “Fuck Saddam” t-shirts contributing. These images—the trudging groups, the cloudy air, the raining debris—are synonymous with documentation from 9/11. Yet Little Flags was filmed 10 years earlier: it’s a ticker tape parade celebrating the end of Desert Storm. 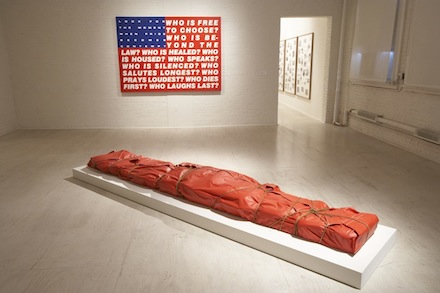 In a dark corner gallery is Bruce Conner’s film Depart. Scenes from President John F. Kennedy’s fateful motorcade ride through Dallas’ Dealey Plaza loops while a broadcast reporter breaks the news. For a generation, the JFK assassination acted as a marker of time and a piece of shared history—everyone had an answer for “Where were you when JFK was shot?” In September 11, the exhibition carefully addresses the aftermath of 9/11, while also posing, “Where were you on September 11, 2001?” 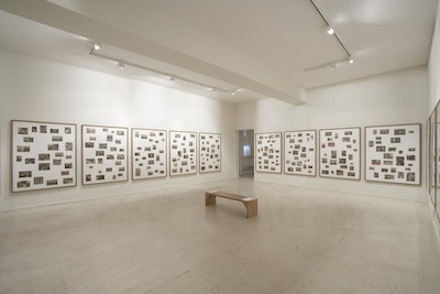 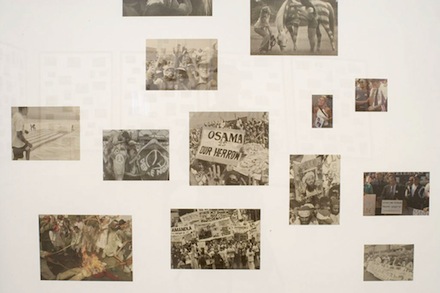 This entry was posted on Wednesday, October 26th, 2011 at 12:35 am and is filed under AO On Site, Go See. You can follow any responses to this entry through the RSS 2.0 feed. You can leave a response, or trackback from your own site.