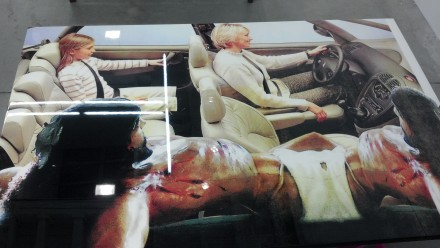 All photos on site for Art Observed by Samuel Sveen.

In 2007, Urs Fischer used a jackhammer to tear up the floor of Gavin Brown’s enterprise in Chelsea, leaving the room an enormous pit of dirt. With his return to the gallery for a joint show with Cassandra MacLeod, Fischer has sought to “build” on the past show both literally and theoretically. The press release refers to the “inverted pyramid of excavated earth,” the natural next step of invention being a flat surface above the earth—the table, with which Fischer has filled the three gallery spaces. Paintings by MacLeod cover the walls of the gallery, making for an intriguing dialogue between the two artists’ work. Stacks of tables, some three or four high, perhaps even offer a better view to the paintings mounted high above. 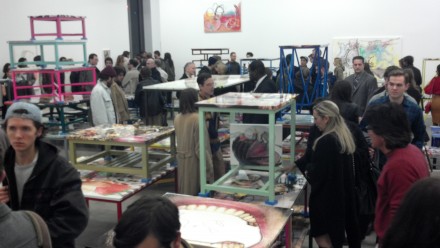 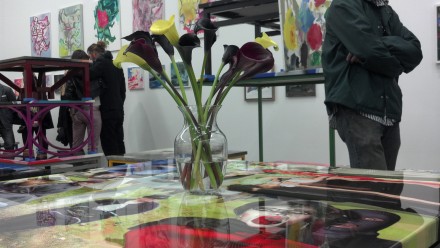 It is this vital piece of domestic life, the table—at which so much of our daily life is lived—that Fischer explores. Beneath a high-gloss lacquer, the surfaces hold a staggering swath of cultural pastiche, from images of Mount Rushmore and various celebrities, to digitally rendered hermaphrodites, seeming to reflect a certain density of existence in this common commercial item. Extending the role of table to that of mirror, the artist reflects our own desires, insecurities, passions, and secrets back at ourselves. 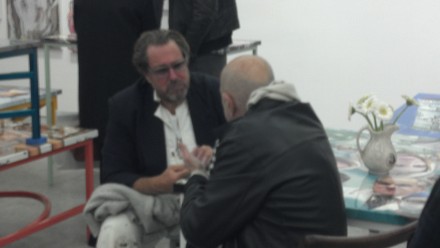 Julian Schnabel at the opening

Arranged in a grid-like structure throughout the gallery, Fischer’s tables present a number of scenarios both in their imagery as well as interactivity. Several tables boast chairs or flowers, inviting a seated conversation to alter the nature of the piece, or perhaps to illustrate the actual nature of a table in the first place. 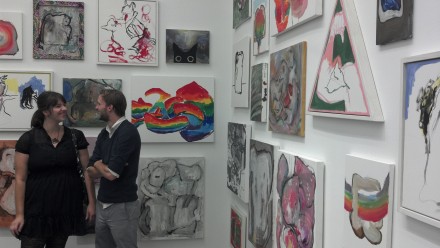 MacLeod’s paintings, hung both in grids and salon-style groupings, go unmentioned in the press release. Abstract, full of motion and color, they contrast the sharp graphic-filled tables with a more free and organic touch. Decorating the walls throughout the gallery spaces, the paintings combine with the tables to create a stimulating, saturated—and perhaps overwhelming—experience. 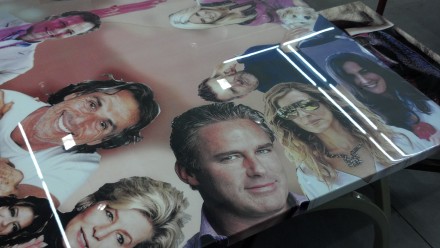 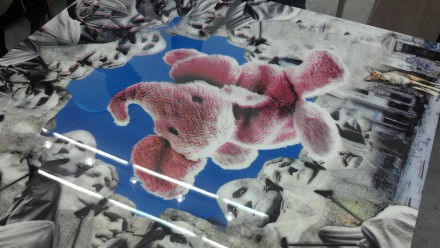 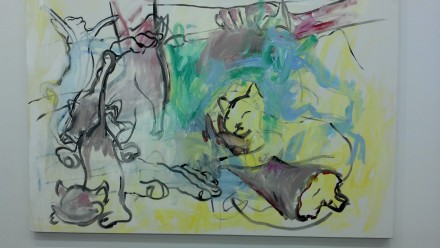 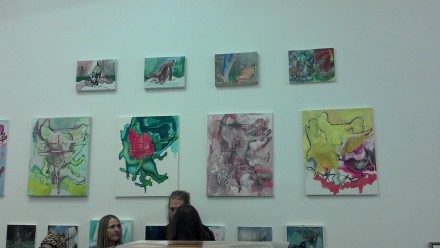 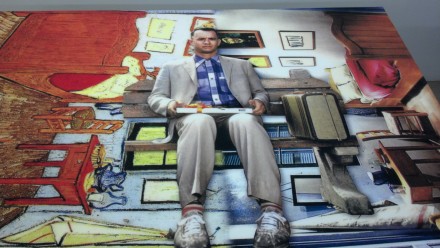 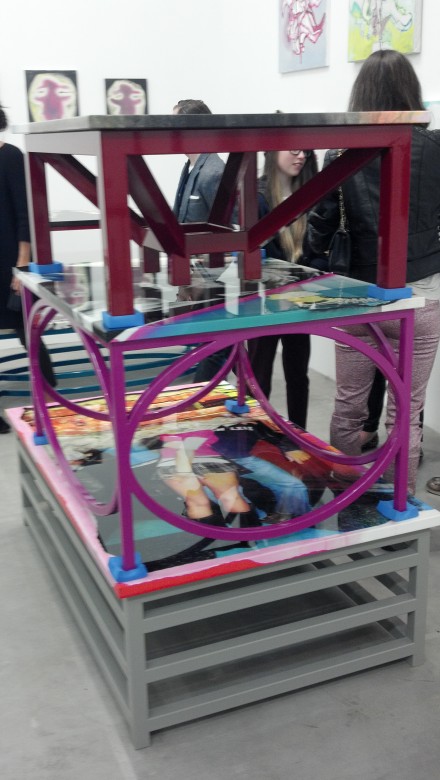 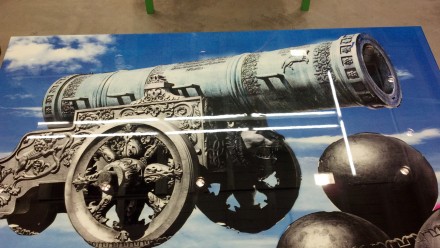 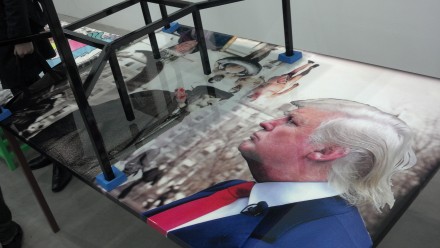 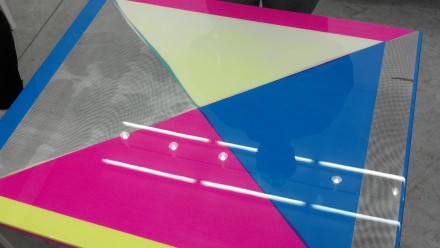 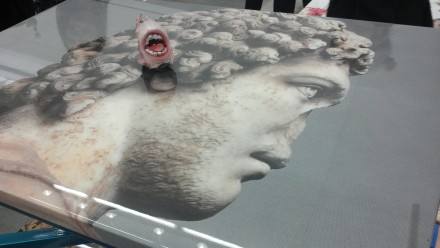 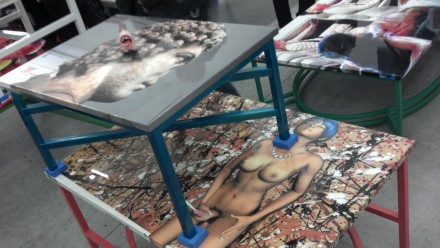 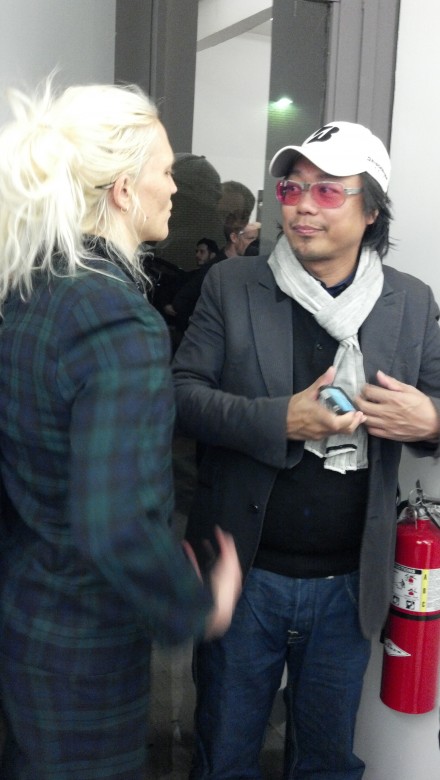 Rikrit Tiravanija at the opening 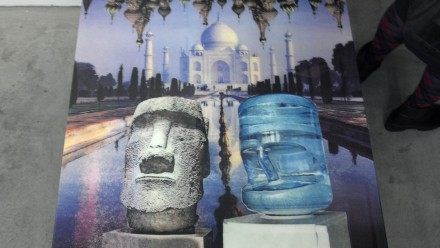 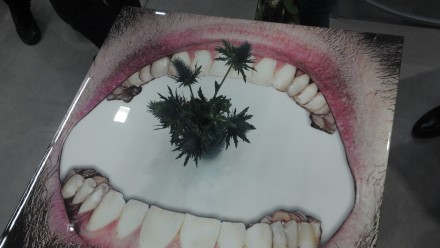 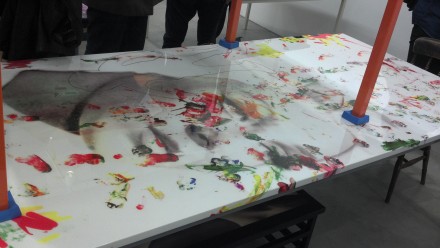 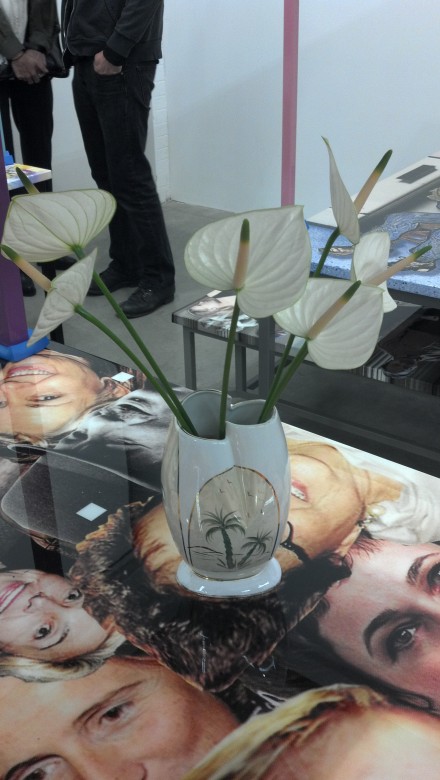 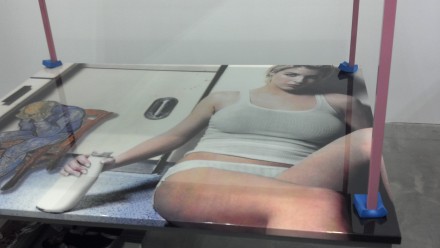 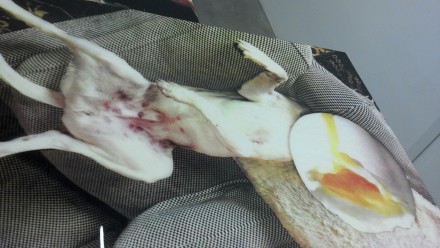 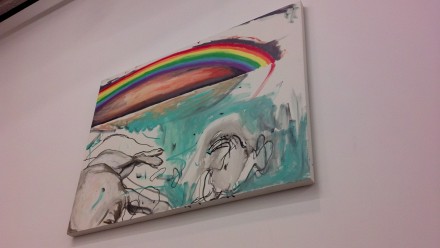 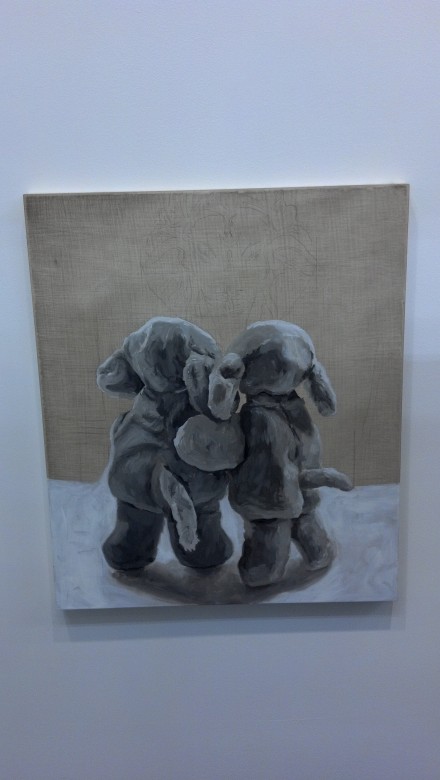 This entry was posted on Saturday, November 5th, 2011 at 11:19 am and is filed under AO On Site, Art News, Go See. You can follow any responses to this entry through the RSS 2.0 feed. You can leave a response, or trackback from your own site.