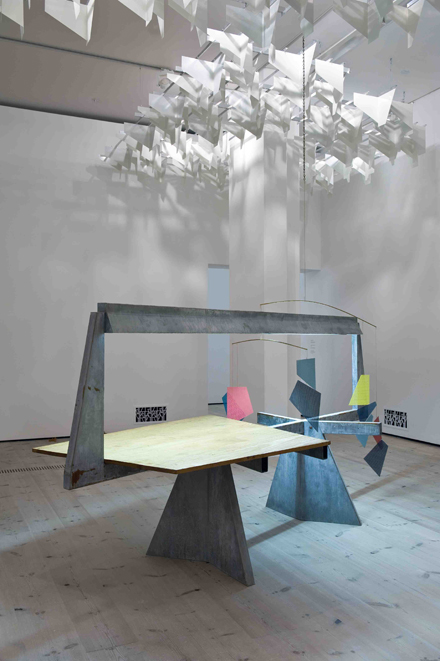 The Turner Prize, began in 1984 to honor an outstanding British artist under the age of fifty, has announced the 2011 shortlisted artists: Karla Black, Martin Boyce, Hilary Lloyd, and George Shaw. Judged on work from the previous year, the four nominees also present an exhibition from October through January, this year at the BALTIC Centre for Contemporary Art Gateshead— the first time outside a Tate venue. A program featuring the live announcement of the winner, decided by jury, will be broadcast on the British Channel 4 on December 5, 2011. 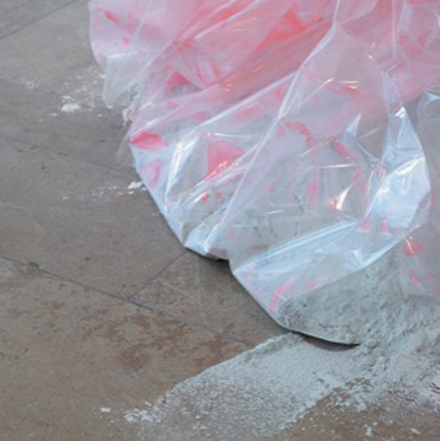 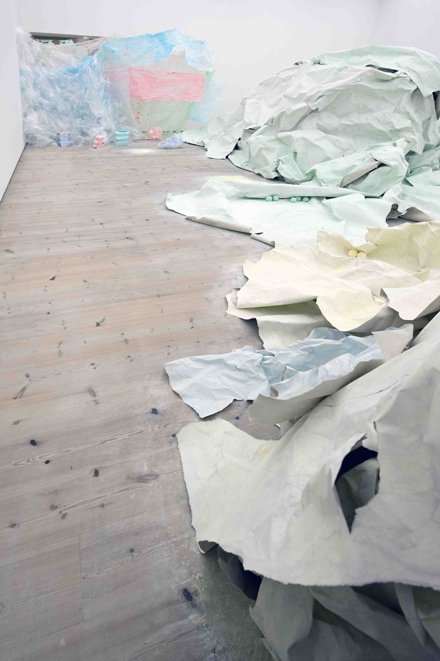 Karla Black’s Doesn’t Care In Words is a landscape construction of crumpled papery hills. Nestled in corners and hidden among nooks, pastel bath bombs conspicuously wait atop powdery chalk mounds. A grayish cloud hovers above, shadowing visitors strolling through. More Of The Day, made of lightly colored veils of cellophane, dangle overhead between painting and sculpture. The artist challenges scale in an immersive, ethereal environment, far removed from the real world. Black insists that the purpose is less about a connection to the real world, and more about the consequence of the work within the institution. 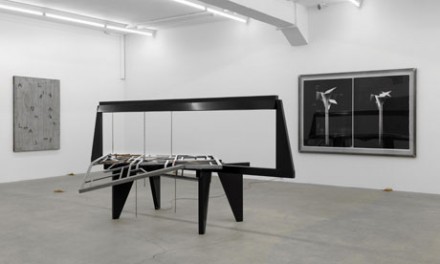 Martin Boyce was nominated for his solo exhibition A Library of Leaves at Galerie Eva Presenhuber, Zurich, which was a continuation of No Reflections at the 2009 Venice Biennale. His geometric installations exemplify a modern, cutting sensibility. Fall leaves and an oxidizing table alongside insinuations of other natural elements are abstracted by an architectural approach. He playfully defies mother nature with his choice of angular, cold constructs. 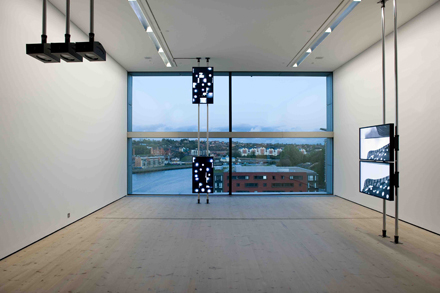 Hilary Lloyd exhibits Shirt, Tower Block, Moon along with Floor, made specifically for the occasion. Floor, a projection of adjacent images of a floor quivers and vibrates on a continuous loop. On two LCD monitors, Moon methodically displays the earth’s moon in a series of scenes within a grid. Hilary draws from the mundane and everyday experiences, placing them within a removed sense of presentation. Viewed safely within the confines of screen and TV the videos become objects of sculpture through the artist’s straightforward approach to unedited footage. Lloyd does not consider herself a videographer, although she enjoys using it as one of many tools of communication. 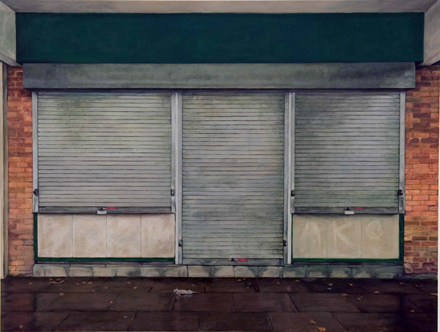 George Shaw paints nostalgic yet seemingly dreary townscapes of his corner of England. …. is a series that he’s been working on for 15 years, all through grad school at the Royal College, and was originally exhibited at BLANK in 2009. These intimately sized paintings are rendered in Humbrol enamel that hobbyists often use. The paint itself has a rough, dim quality, adding to the condition of the place depicted—gray, overcast, and a generally grim portrayal of a suburban town. He examines his past, very literally with imagery of where he grew up. A square perspective of each scene is accurately and meticulously rendered without flourish, all the while, with a sense of fondness and proud romanticism.

This entry was posted on Sunday, November 13th, 2011 at 12:05 am and is filed under Events, Galleries, Go See. You can follow any responses to this entry through the RSS 2.0 feed. You can leave a response, or trackback from your own site.