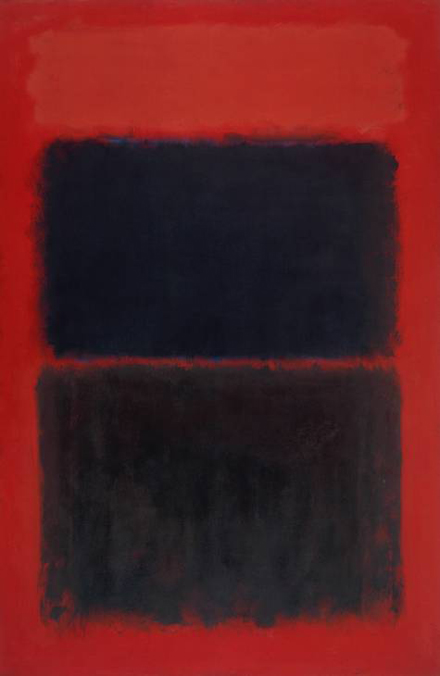 Rothko in Britain commemorates the 50th anniversary of Rothko’s inaugural British exhibition. 41 years after his passing, the Whitechapel Gallery has meticulously compiled a retrospection of images, letters, and reviews, all paired with a single work—Light Red Over Black (1957), on loan from the Tate. Light Red Over Black towers over the viewer, a single, saturated painting. The large form and accompanying material, sparsely arranged, were placed in a manner in which to overwhelm the viewer, or, in Rothko’s words, to encourage the feeling of being “enveloped within.” Walls were constructed specifically to show the work in such isolation, in hopes to evoke such intensity. The ‘less is more’ approach is discussed in Whitechapel’s video about the show, explaining the concept of an exhibition about a long closed exhibition. 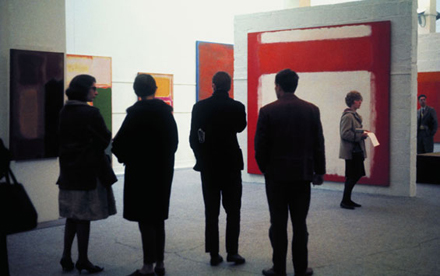 Sorting through the presented memories and reflections of the artist, Rothko seems to have been an integral part of the construction of his first exhibition. He was very aware of what was lost in translation between him and the critic. He felt a warm embrace by the British, where New York lagged behind for many years. He shared a connection with the spirit of European Romanticism, and reduced, so concisely, those emotions into a contemporary framework. 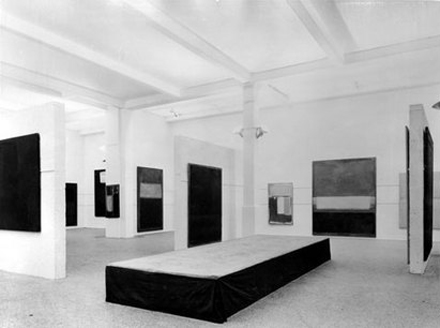 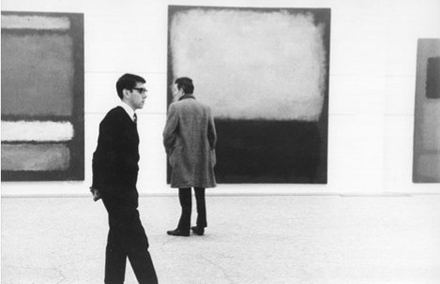 This entry was posted on Thursday, November 3rd, 2011 at 11:34 pm and is filed under Go See. You can follow any responses to this entry through the RSS 2.0 feed. You can leave a response, or trackback from your own site.