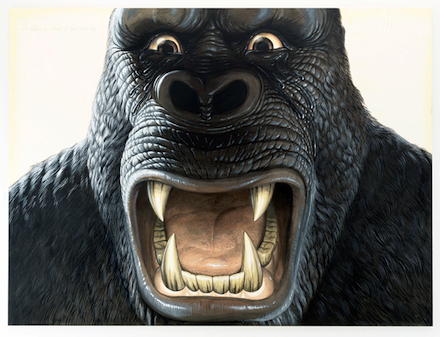 Walton Ford, It makes me think of that awful day (2011). All images via Paul Kasmin Gallery.

Walton Ford has been likened to 19th century naturalist John James Audubon for his realistic old-master style watercolors, but while the nine works on view now at Paul Kasmin may resemble Audubon in style, they go much further in content. I Don’t Like to Look at Him, Jack. It Makes Me Think of That Awful Day on the Island, includes two series of paintings: the first consists of three large-scale (9 x 12 feet) portraits of King Kong, while the second features various monkeys in the process of decapitating exotic birds. While each piece maintains a close attention to detail that is characteristic of Ford, the work also evokes the complex, wild, and occasionally emotional nature of nature itself. 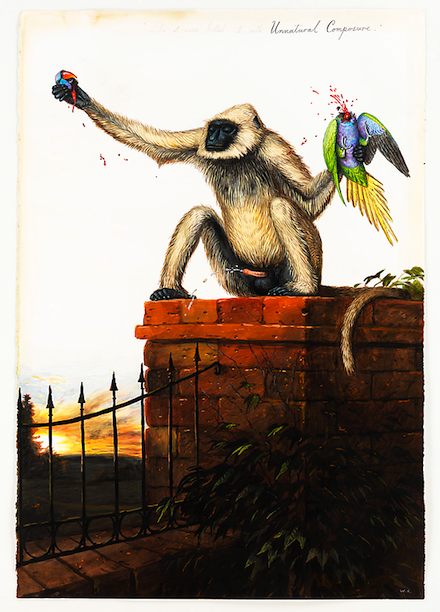 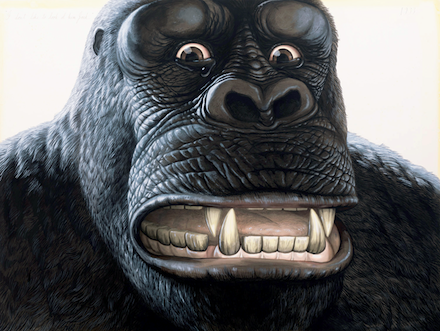 In the exhibition’s press release, Ford relays how he wanted to use his life-size paintings of King Kong to express what he calls “the grief of the unloved… and of the unlovable.” “Since Kong is a Hollywood tough guy, he covers up his heartbreak with violence and anger,” says Ford, speaking of the scene in the 1933 movie where actress Fay Wray speaks the line that is now the exhibition’s title. “These paintings are about Kong’s heartbreak. I wanted to reveal the monster’s grief, his enormous sadness, the sorrow that the original Kong kept hidden from view.” 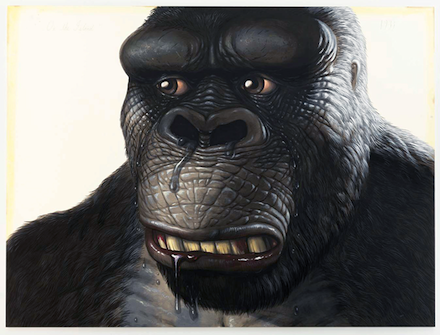 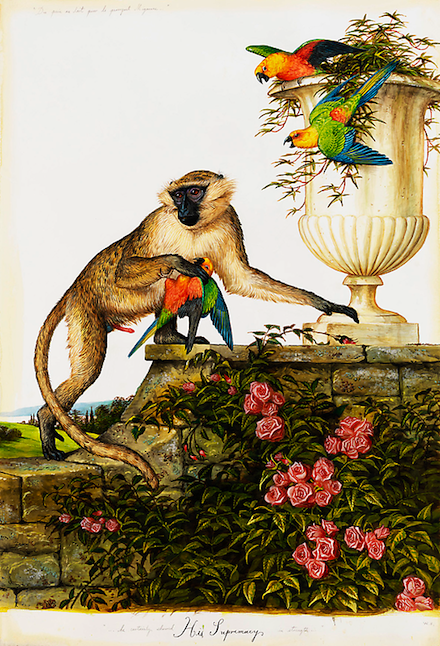 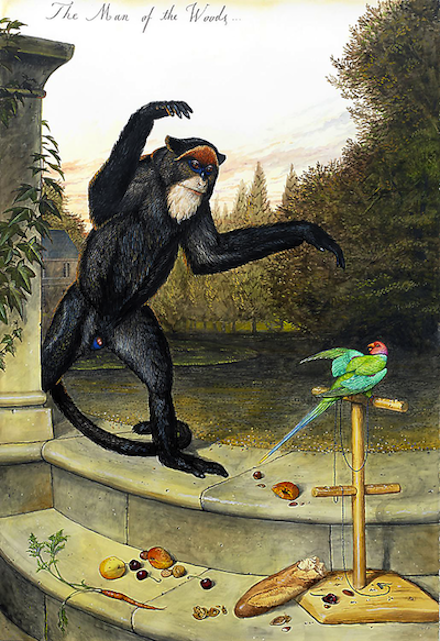 I Don’t Like to Look at Him also points out that humans and animals are not so far removed. While Kong may be the ultimate example of a personified animal, there is also a very deliberate and human feel to the monkeys’ violence. The monkeys’ abduction and consequent destruction of the bird seems to be more than some senseless act of nature. The exhibition’s press release states, “While human figures rarely appear in Ford’s paintings, their presence is always implied. Although monkeys, parrots and King Kong are the protagonists of the paintings, they exist only in the context of stories created and controlled by human beings.” Ford reminds us that, after all, only a few evolutionary steps separate humans from apes. 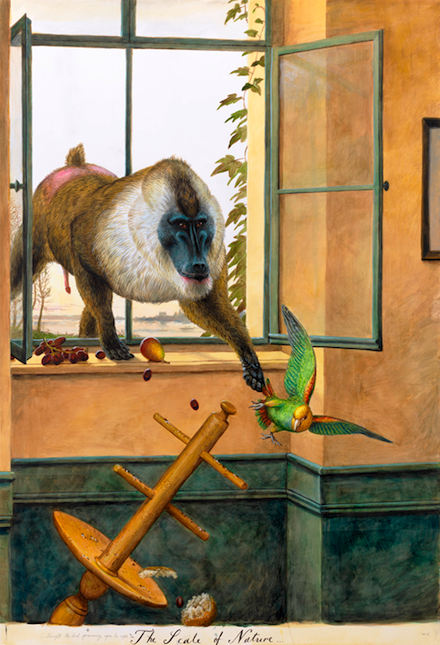 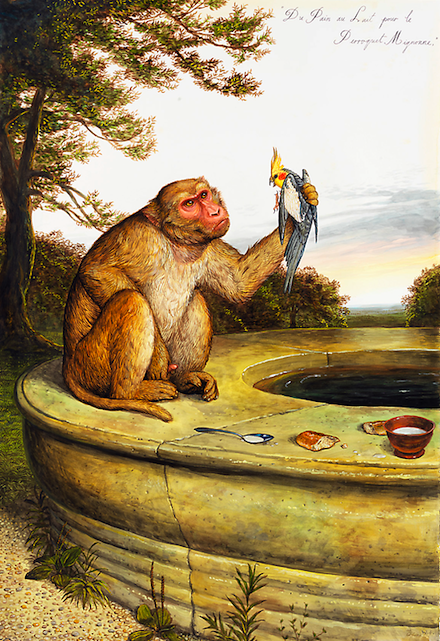 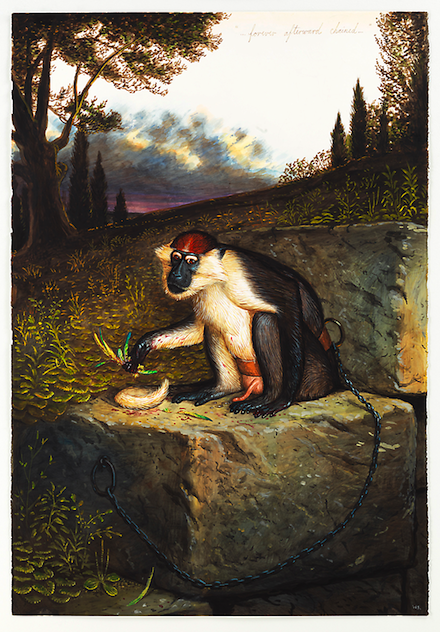 This entry was posted on Wednesday, November 9th, 2011 at 11:35 pm and is filed under Galleries, Go See. You can follow any responses to this entry through the RSS 2.0 feed. You can leave a response, or trackback from your own site.