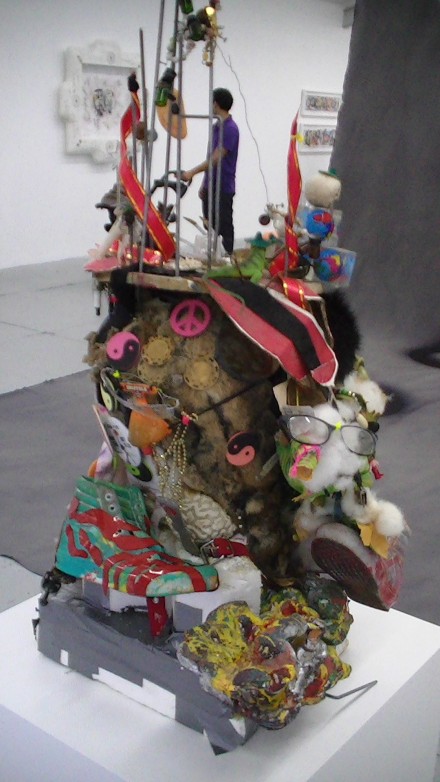 OHWOW’s It Ain’t Fair lived up to its name as a successful destination apart from the Art Basel main fair last week. Located in Miami’s Design District, the show featured 20 artists in the fourth consecutive curated group show by OHWOW, this year’s theme: Materialism. As explored in Marxist philosophy, materialism at its most literal, tangible entity, focuses on the tactile rather than the abstractly metaphorical. Experimental materials served to manifest the ideology, with David Benjamin Sherry’s sand-filled photograph frame, Justin Beal’s use of plexiglass and plastic wrap, and the unique approach of Angel Otera, peeling and reapplying paint. “There’s not a bad piece in here,” said Operations Director Lydia Ruby. By Saturday evening, the gallery had sold most works on view, and had noted the remarkable curiosity and intellectualism overheard in the showroom. 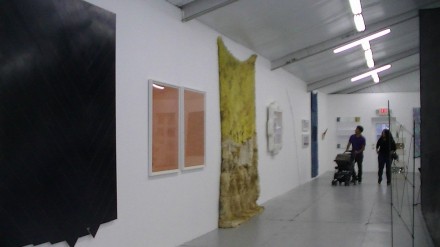 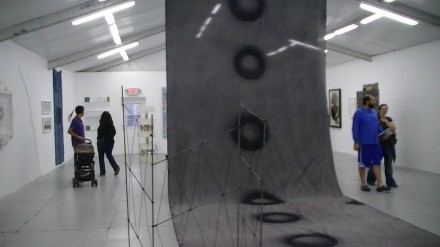 Showcasing works from the Bortolami Gallery (whose booth shown at the main Basel fair) and Kate Werble Gallery (on view at NADA), OHWOW was similarly curated, to the point that viewers questioned whether the work was on sale altogether. “What’s interesting to me is that people are taking more risks,” Ruby explained. “It’s not like they’re doing the math of: ‘Is this an asset to me?’ They’re buying things they love, instead of putting [art] in storage to sell at auction later on.” She cited incongruity with the economy, noting the sale of lesser-known talent Michael Genovese, whose work, Anima (2011) used a thin, nickel-plated line of polished steel. 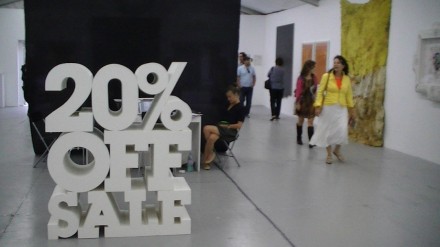 Artist Aurel Schmidt also experimented at this year’s It Ain’t Fair. Typically known for intensive drawings, the work on view diverged with a slew of mixed media, including house paint, human hair, cigarette butts, and stickers. Not only was the change aesthetically unique for Schmidt, but it also represented a departure from commercialism and branding. Art Basel Miami Beach, like many fairs, is better known for collectors seeking trademarks as investments. The fact that Schmidt took a risk with her work, and that it was well-received, further indicates that OHWOW’s It Ain’t Fair provided a unique counterpoint to the larger Art Basel. 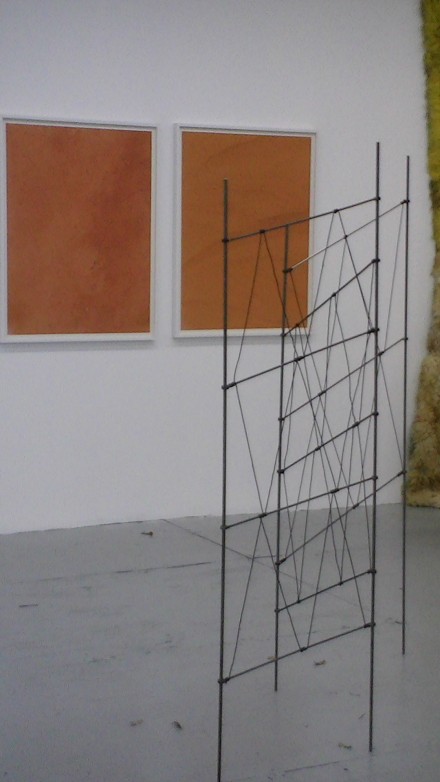 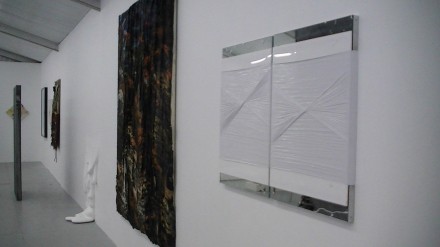 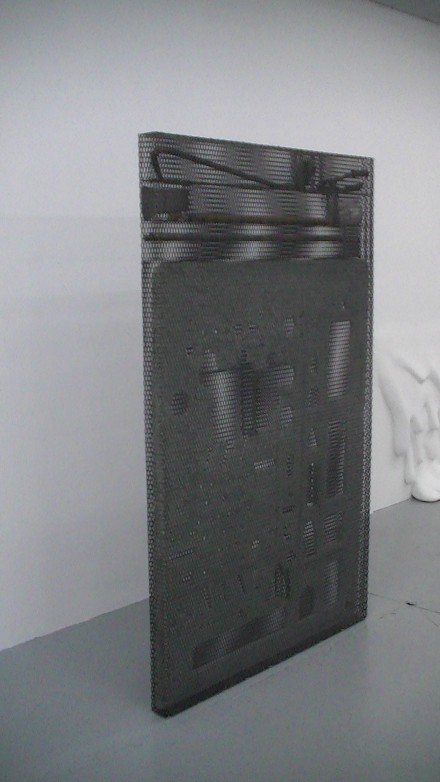 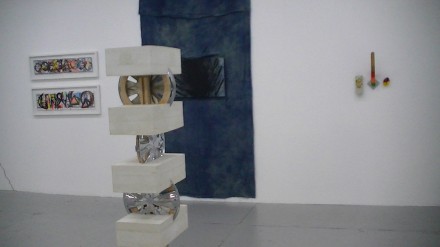 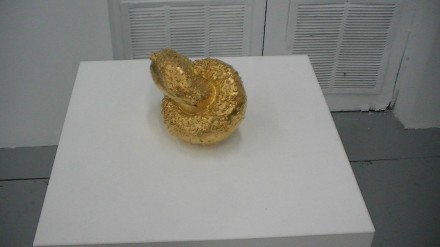 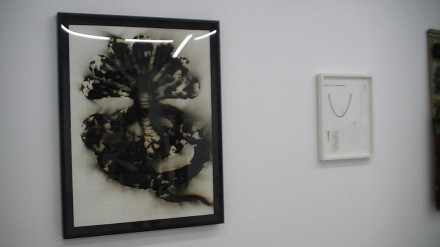 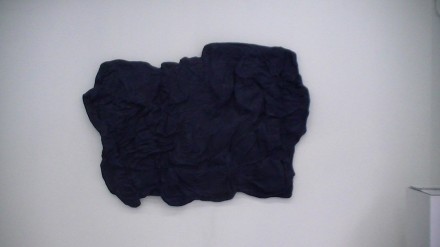 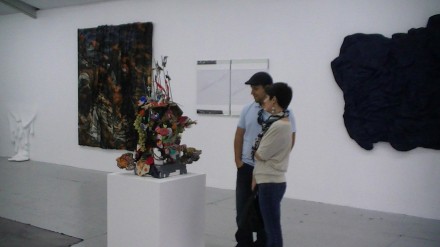 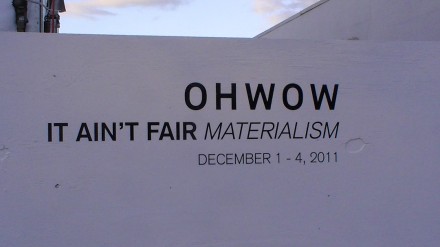 This entry was posted on Tuesday, December 6th, 2011 at 8:41 am and is filed under AO On Site, Art News. You can follow any responses to this entry through the RSS 2.0 feed. You can leave a response, or trackback from your own site.