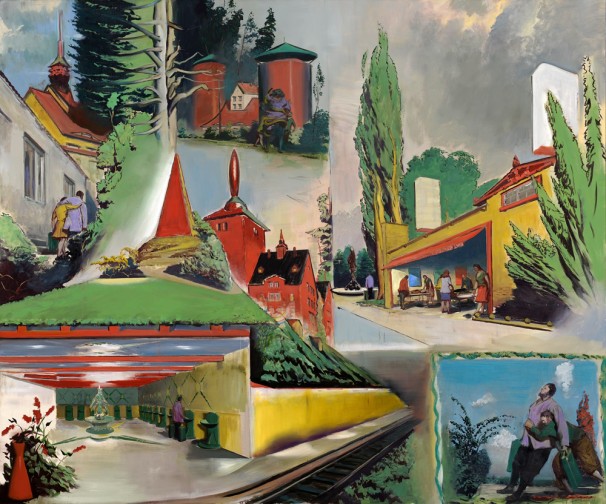 Wedding a definitively German identity with a surrealist perspective and an unmoored historical context, Neo Rauch’s current show of new work, Heilstätten at David Zwirner in New York, provides an intriguing view of an artist and country coming to terms with its own past. A frequently cited practitioner of hauntological symbolism, Rauch’s paintings are heavy with the weight of their own implications. Strangely distended figures culled directly from the history books of German art inhabit evocative and surreal scenes that blend Communist art propaganda with German history and a disambiguation of perspective. The result is a collection of paintings that are equally nostalgic and political, and occasionally tragic. 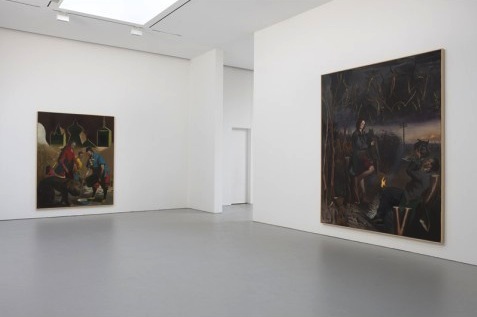 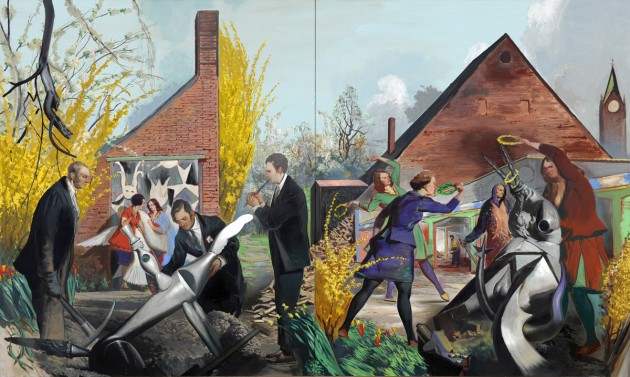 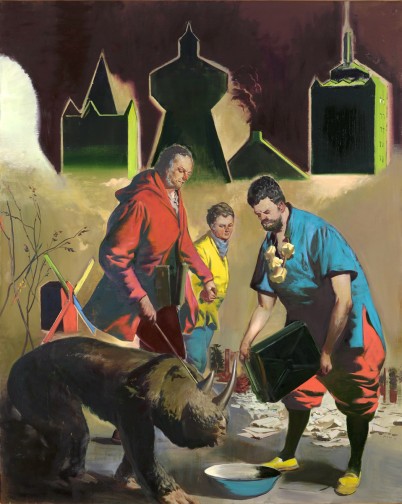 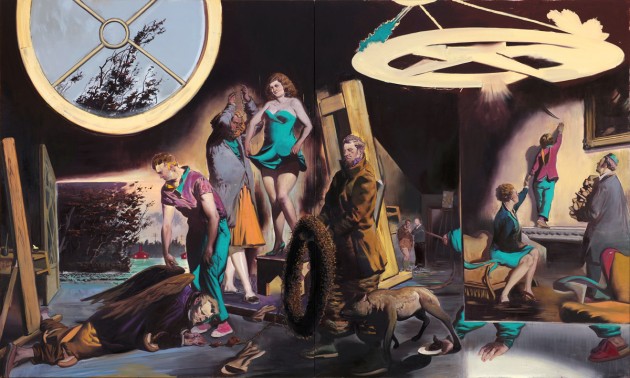 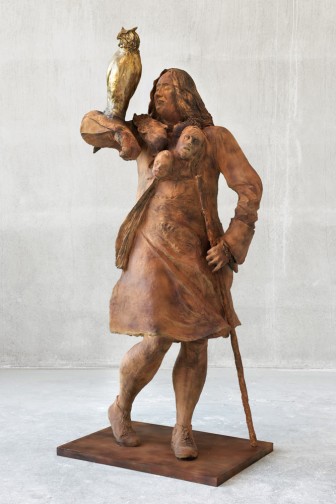 In some of the other works, Rauch branches into the placid and the pastoral, allowing the viewer a more straightforward, singular scene. The show also features a new piece of sculpture by the artist, depicting an owl-handler with several grotesque faces springing from its chest. 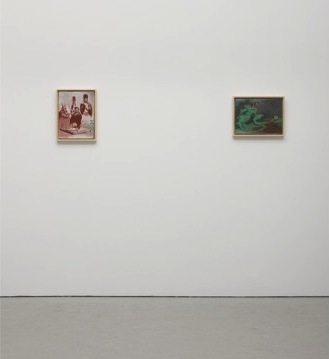 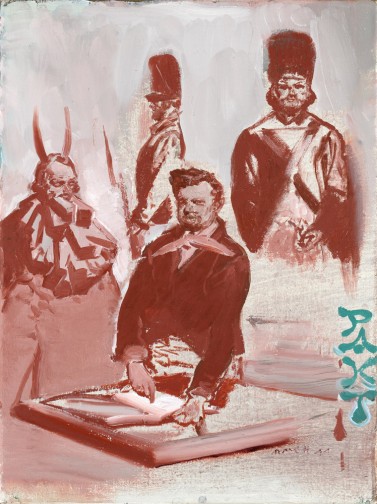 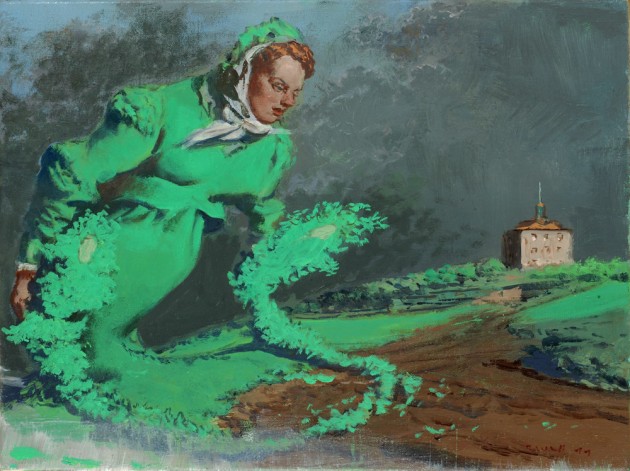 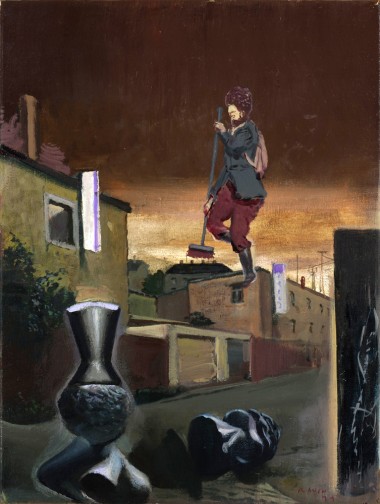 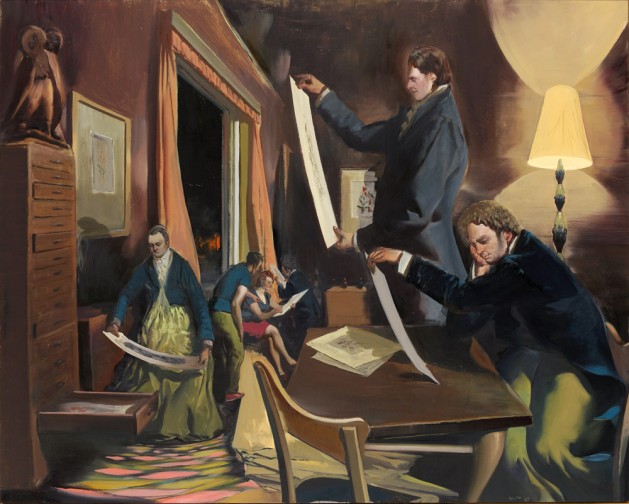 Born in Leipzig in 1960 (formerly of East Germany), Rauch experienced the turbulence of the Cold War and the reunification of Germany firsthand, the imagery of which thoroughly informs his work. While his style and approach remains firmly contemporary, the ghosts of communist Germany seem to float freely in and out of focus.

This entry was posted on Saturday, December 10th, 2011 at 8:12 pm and is filed under Art News, Go See. You can follow any responses to this entry through the RSS 2.0 feed. You can leave a response, or trackback from your own site.