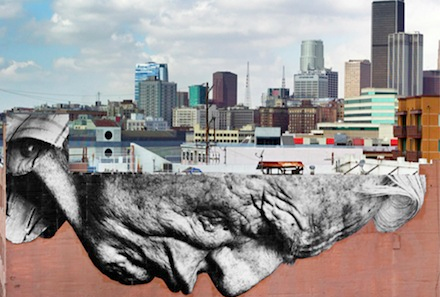 Urban artist and 2011 TED prize recipient JR, who eschews the title “street artist,” comes to Galerie Perrotin in Paris with Encrages, his first major solo exhibition. In addition to new works, the show includes several previously seen plastered on city walls worldwide—those of Rio de Janeiro, Nairobi, Shanghai, and Los Angeles, among others. “After displaying his work in the biggest museum of the world, the walls of the cities, JR faces the walls of the gallery,” states the exhibition’s press release. The artist also transformed the gallery itself, covering the entrance with a two-story strained and staring eyeball, framed by wiry eyebrows and leathery skin. 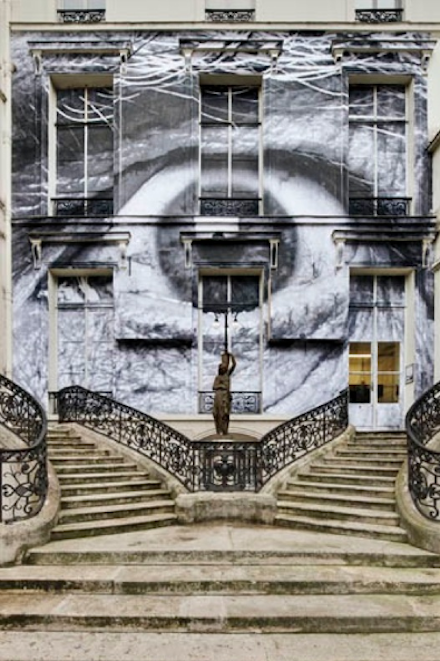 Outside view of Galerie Perrotin, Paris 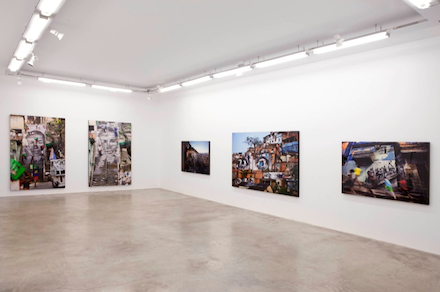 Two previous collections, Women are Heroes (2008-2010) and The Wrinkles of the City (2008-2011) provide the bulk of the content for Encrages. Each collection features portraits of anonymous strangers and previously found homes in public spaces. 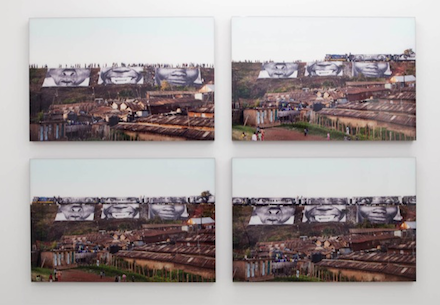 According to JR’s web site, Women are Heroes “underlines the dignity of women who are often the targets of conflicts.” One series of photos features three images of a woman’s mouth, looming larger than life over the Kibera Slum train passage in Kenya. In the first of four photographs, you see her mouth only: puckering, grinning, and smirking. Yet in each successive image you learn that the mouths are but a portion of JR’s vision—the woman’s eyes are plastered on the train itself. As the locomotive makes its way through the slum, the woman laughs and squints in turn, making faces at the people below. 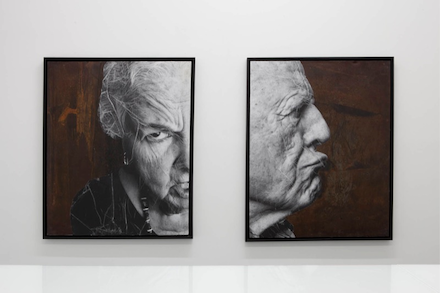 In contrast to the humor and seeming whimsy of Women are Heroes, The Wrinkles of the City “questions the memory of a city and its inhabitants” (jr-art.net). JR has traveled the world over to capture images of the elderly; people with deep-set wrinkles that act as a permanent reminder of life’s wear and tear. One man covers his eyes, another his ears, while a third glowers at the viewer. In a project JR executed in Los Angeles, an old man’s profile has been plastered horizontally, facing the ground, to the edge of a wall. The city’s distant skyline grows from the back of the man’s skull as though the city itself makes up the man’s thoughts. 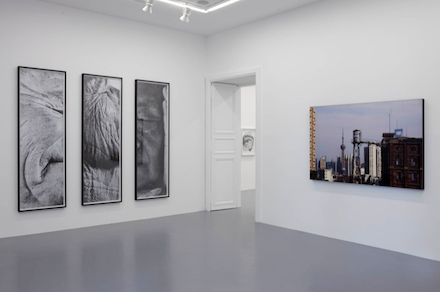 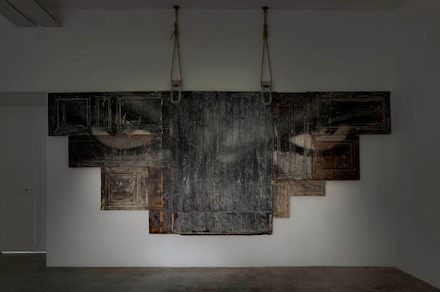 The exhibition’s press release sums up the appeal of JR’s work. “Committed art, street art, participative art, ephemeral art,” it states, “beyond any category, JR makes us think by inviting on stage anonymous heroes, displaying the faces of humanity, multiple and one at the same time.” 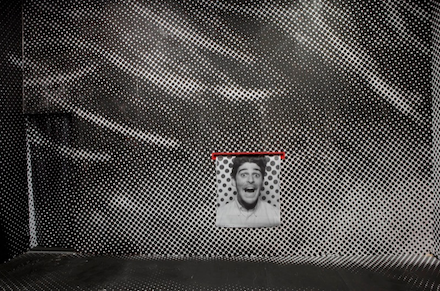 JR, Inside Out Project Photobooth (2011)

This entry was posted on Wednesday, December 28th, 2011 at 12:29 pm and is filed under Galleries, Go See. You can follow any responses to this entry through the RSS 2.0 feed. You can leave a response, or trackback from your own site.