October 23rd, 2020
REFERENCE LIBRARY
Home » John Baldessari displays ‘The First $100,000 I Ever Made’ at the new Highline Billboard commission off the Highline at 10th Avenue and West 18th Street in New York on view through Friday, December 30th, 2011

John Baldessari displays ‘The First $100,000 I Ever Made’ at the new Highline Billboard commission off the Highline at 10th Avenue and West 18th Street in New York on view through Friday, December 30th, 2011 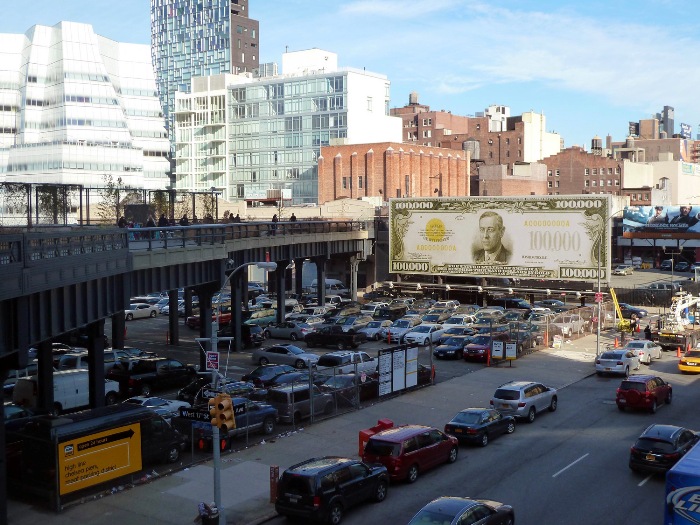 In 1934, the United States government initiated a cash bailout of its Federal Reserve banks, sending out 42,000 $100,000 bills bearing the likeness of former President Woodrow Wilson.  These bills were used to guarantee the gold reserves still on hold in these banks, effectively supporting their investments on the verge of a total banking collapse.  This bit of fiscal lore is the inspiration behind a new installation by John Baldessari at the Highline Park in New York City.  The First $100,000 I EverMade hangs above 10th Avenue traffic, bringing historical context to the forefront of the current fiscal malaise.

Baldessari has long been known for his intersections of found art and contextual representation, and his current work immediately brings a historical input to the current dialogue of financial uncertainty.  The project is party of High Line Art, presented by Friends of the High Line and is the first of three works to be presented as part of a new series called High Line Billboard, which is supported by the owner of the billboard, Edison Properties.  The work is on view until December 30th. 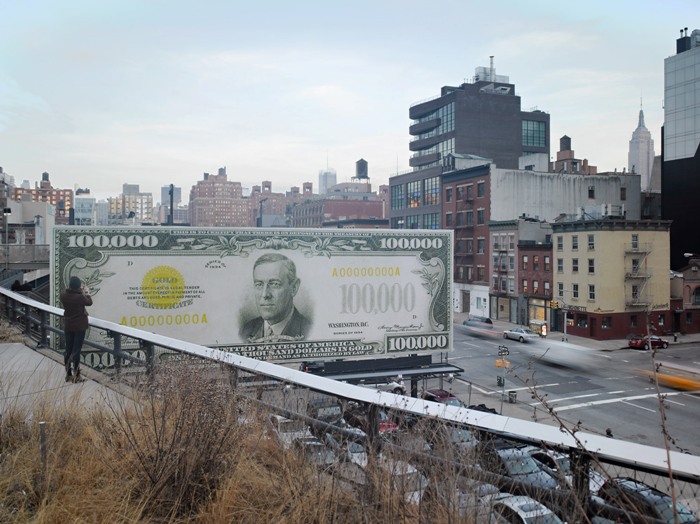 This entry was posted on Monday, December 19th, 2011 at 4:28 pm and is filed under Art News. You can follow any responses to this entry through the RSS 2.0 feed. You can leave a response, or trackback from your own site.