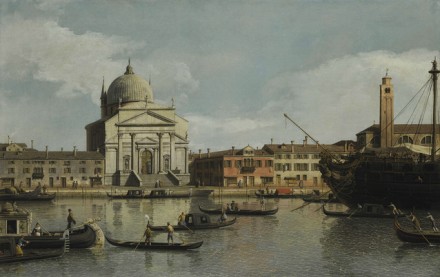 Giovanni Antonio Canal, called Canaletto, View of the Churches of the Redentore and San Giacomo. Via Bloomberg.

Sotheby’s and Christie’s closed the week strongly with sales of the concurrent Old Masters auctions reaching $120 million. Sotheby’s came out on top, bringing in $67.7 million thus far, with Christie’s totaling $51.8 million, including commissions. These sales continue to reinforce the vitality of the art market, despite international economic turbulence. Many record prices were set for artists this past week, as the cross section of European Master Works drew interest from buyers and institutions around the world. 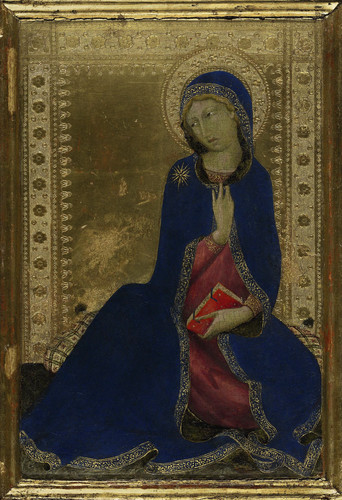 Simone Martini, The Virgin Annunciate. Via Bloomberg
One of the oldest and rarest pieces in the auctions, The Virgin Annunciate by Simone Martini broke its record, selling for $4,114,500 at Sotheby’s, just above its high estimate. Four other works sold for over $4 million dollars at Sotheby’s Thursday sale: Canaletto’s View of the Churches of the Redentore and San Giacomo, from the Estate of Lady Forte; Lucas Cranach the Elder’s portrait Lucretia; Botticelli’s Madonna and Child with the Young Baptist, Saint Francis receiving the Stigmata in the Distance; and Fra Bartolommeo’s Saint Jerome in the Wilderness. 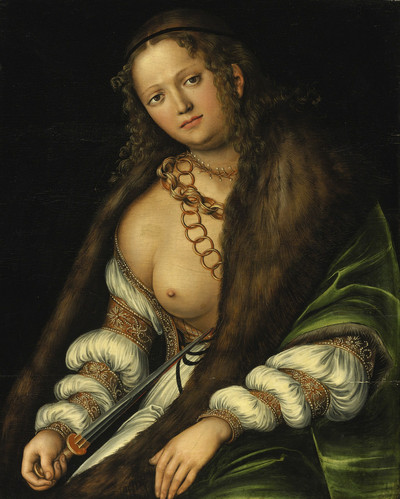 Lucas Cranach the Elder, Lucretia. Via Bloomberg.
Sotheby’s Old Masters Drawing sale on Wednesday brought in $5,640,813, breaking the record last set in 1998. Christie’s top seller at $5.9 million was Giambattista Tiepolo’s The Arrival of Henry III at the Villa Contarini, which is the surviving sketch of a long gone fresco from the Villa Pisani near Venice. The second highest sold at $3.3 million, Gerrit Dou’s A Young Lady Playing a Clavichord, surpassing its price tag by 50%, purchased by Johnny Van Haeften. 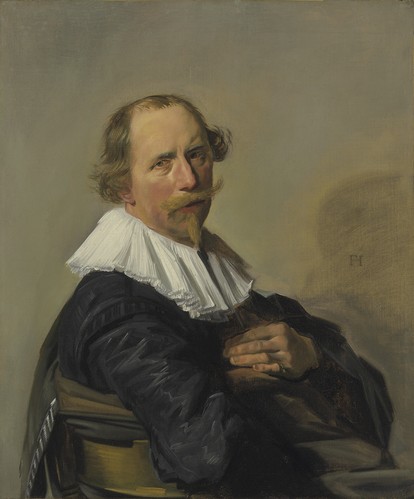 Frans Hal, Portrait of A Man. Via Bloomberg.
Sensation swirled around Fran Hal’s Portrait of A Man, formerly owned and adored by the late Elizabeth Taylor. She had received the painting as a gift from her father, and allegedly hung it in the hospital where she spent her last days. The painting’s authenticity had been in question for numerous years, until the retired curator of the Frans Hals Museum, Pieter Biesboer, confirmed it. The painting sold at Christie’s for $2 million—twice it’s high estimate. 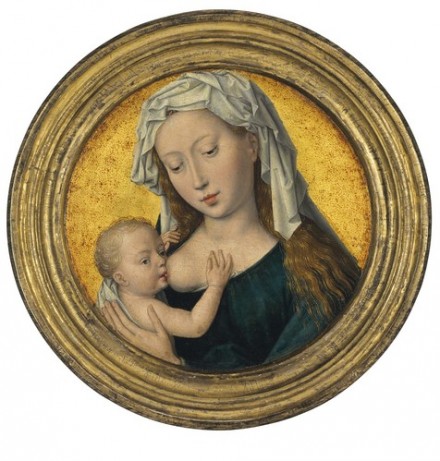 Despite the soaring sales, some artwork was left behind. At Christie’s one such piece was Hans Memling’s Virgin Mary Nursing The Christ Child, a small circular panel that was priced at $6 to $8 million, the piece’s greatest dimension being 6.9 inches. Another similarly fated piece was A Portrait of Martin Luther by Georg Pencz, which is deemed a copy of a Lucus Cranach painting in Christie’s catalog. Priced at $800,000 to $1.2 million, there was not a single bid on the painting. 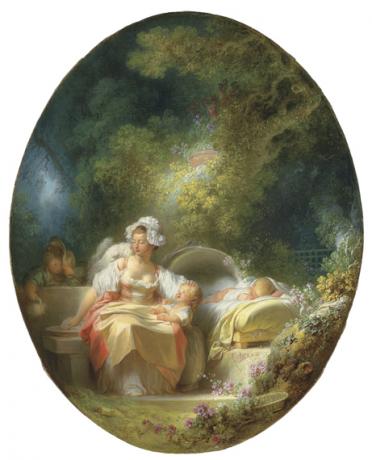 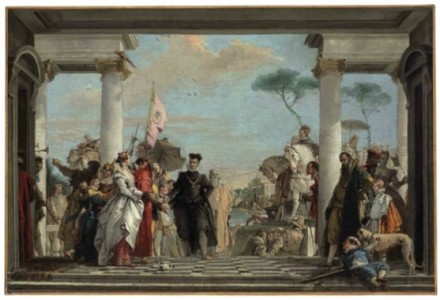 Giambattista Tiepolo, The Arrival of Henry III at the Villa Contarini. Via Christie’s. 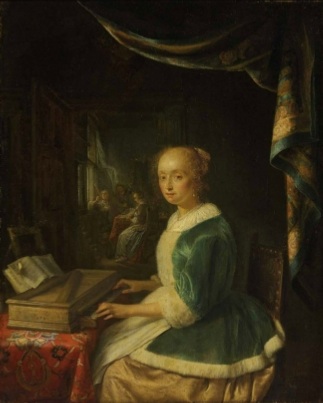 Gerrit Dou, A Young Lady Playing a Clavichord. Via Christie’s.

This entry was posted on Saturday, January 28th, 2012 at 7:18 pm and is filed under Art News, Auction Results. You can follow any responses to this entry through the RSS 2.0 feed. You can leave a response, or trackback from your own site.