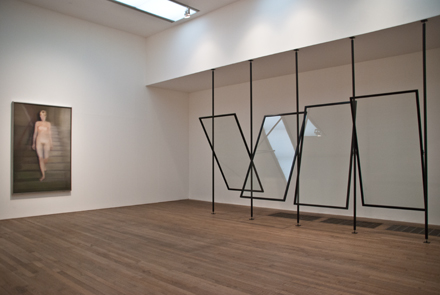 Installation view. All photos on site for Art Observed by Caroline Claisse.

The Tate Modern‘s exhibition ‘Panorama,’ featuring the work of living German artist Gerhard Richter, will be coming to an end after thee months. The exhibition pays homage to Richter’s variant inspirations, spanning 50 years of work and 14 rooms, providing an all-encompassing display of his oeuvre. Works include photo-realist paintings, landscapes, cloud, squeegee, and history paintings, with less conventionally displayed glass and mirror constructions from the 1980s, as well as his first Color Chart from 1966. One noted work, the 20-meter-long Stroke (on Red) (1980) was developed from a photograph of a brush stroke. This is its first exhibition outside of Germany. 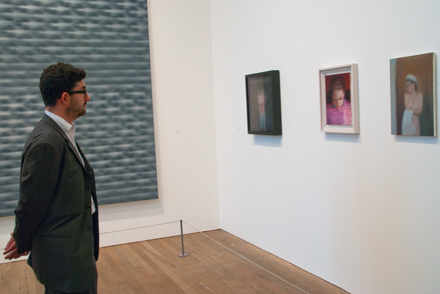 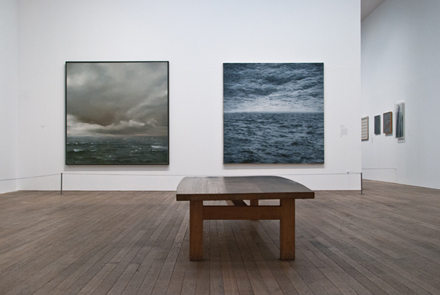 The exhibition’s opening in October coincided with the artist’s 80th birthday, the Frieze Art Fair in London, and Richter’s notable sale at that week’s Christie’s auction. Richter’s Kerze (German for ‘Candle,’ completed in 1982) sold at auction for £1.5 ($2.5) million above its highest estimate at an official £10.5 million with fees, closing at $16.5 million. Even prior to final sale, the estimate was the highest for any single work during Christie’s contemporary sales. Due in part to Kerze, Christie’s nearly doubled its results from 2010’s Frieze profits. Responding to the hype during the Tate show’s press preview on October 4th, Richter told Reuters that the art market is “just as absurd as the banking crisis…It’s impossible to understand and it’s daft.” 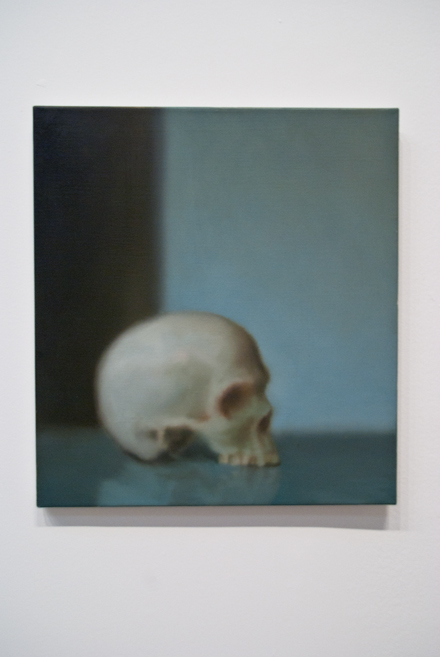 Instead, Richter’s work’s artistic significance stands apart from staggering economic success. The candle paintings, which exemplify his admiration of German Romantic painting, along with his Skull series and his iceberg and Alp landscapes, were all made between 1982-1983, and have come to be among Richter’s most highly sought-after motifs. Although the Christie’s Kerze had not been on public display since 1986, Christie’s lot description explains its timely relevance. While the candle theme continues to maintain historic value, Richter’s initial intention was not so politically charged. He was interested in the artistic appeal of a candle’s inherent serenity, which then evolved to take on a multifaceted and political relevance. 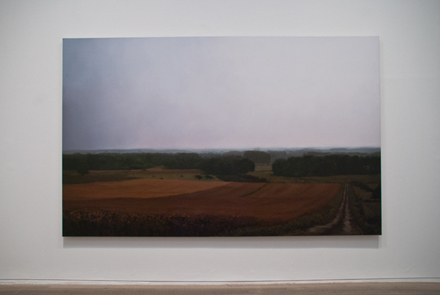 While candles are symbolic of the silent protest against the GDR (German Democratic Republic, or Deutsche Demokratische Republik – DDR), Richter claims that his initial aesthetic intent was provoked by feelings of “contemplation, remembering, silence, and death,” thus producing the political symbol almost inadvertently. To commemorate the 50th anniversary of Allied bombings on Richter’s hometown of Dresden during the Second World War, an enlarged reproduction of the Richter candle was erected over the River Elbe to symbolize rejuvenation. 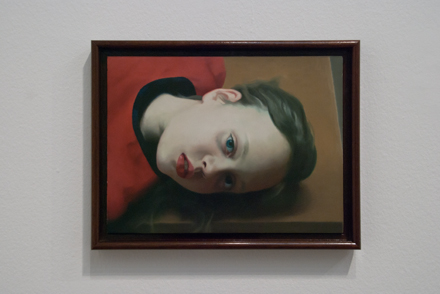 Portraits of Richter’s intimate circle also feature heavily, with his first wife Ema (Nude descending a staircase) from 1966, his daughter Betty (1977), and friend and artist Blinky Palermo (1971). These works seem to provide a direct contrast to the more celebrated candle, both with the smaller-scale apolitical message and the more interpersonal subject matter of the artist’s personal life. 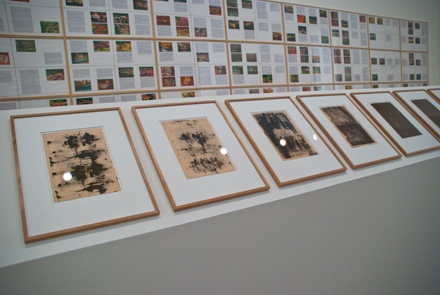 Gerhard Richter was born in Dresden in 1932, and consequently went on to document the aftereffects of Nazism on family members, both those in the military and those oppressed during World War II. While still in Dusseldorf, Richter worked among Sigmar Polke and Konrad Lueg, simultaneously studying emerging American Pop art as it related to Modernist and Duchampian historical modes. After studying in East Germany, he moved to the West in 1961. Richter later drew on his Cold War experiences with 15 black and white paintings in the October 18 1977 group, working eleven years after the events (in 1988). The sequence depicts the West German terror group, the Baader Meinhof. More recently, Richter addressed the World Trade Center attacks on September 11th, 2001 with the painting September (2005), a noted departure from German political history. 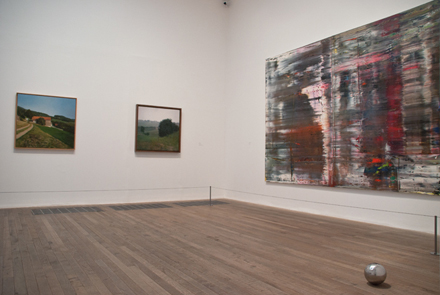 Curated by Tate Director Nicholas Serota, Tate Modern Curator Mark Godfrey, and Assistant Curator Amy Dickson, the exhibition was organized in collaboration with teams at the Neue National Galerie in Berlin and the Centre Pompidou in Paris. ‘Panorama’ will travel to Berlin and Paris after London. 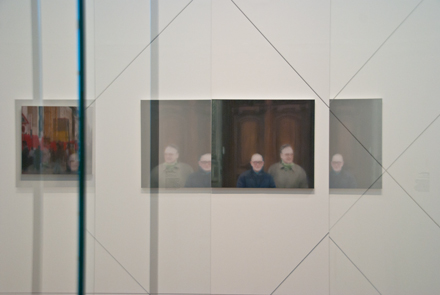 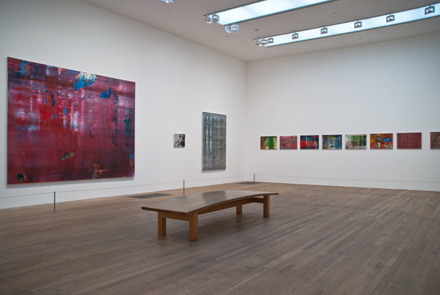 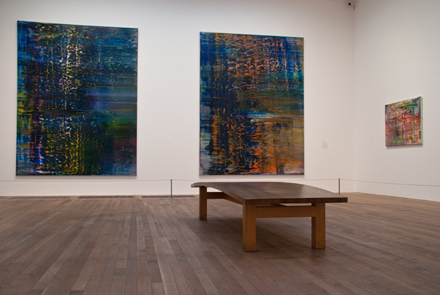 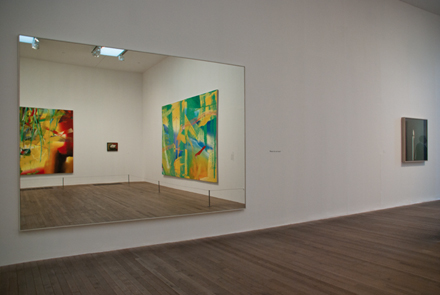 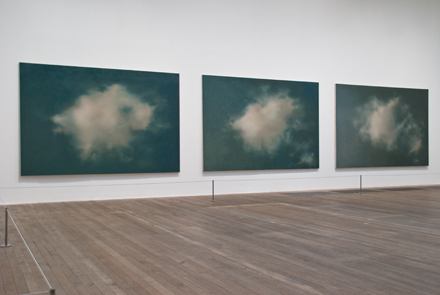 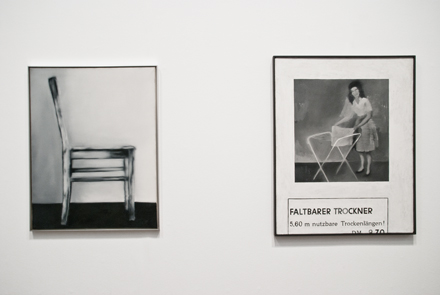 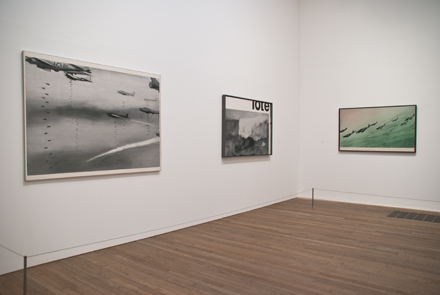 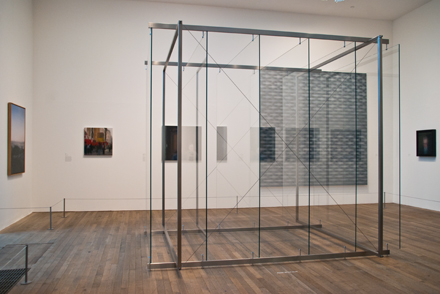 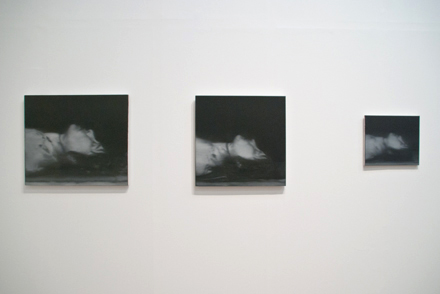 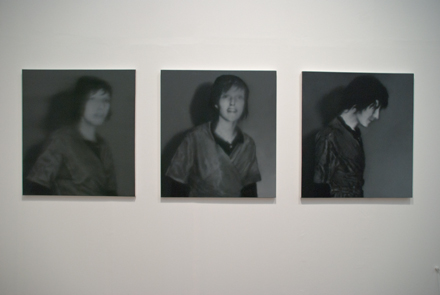 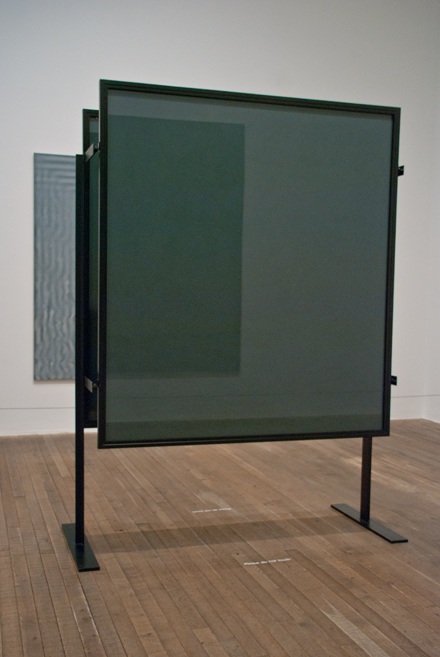 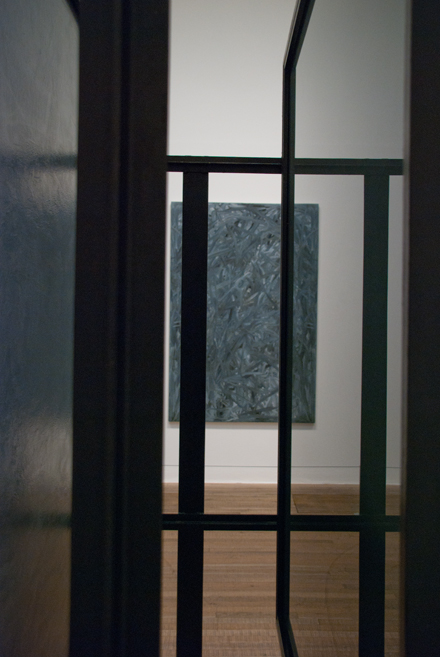 This entry was posted on Friday, January 6th, 2012 at 2:04 am and is filed under AO On Site, Go See. You can follow any responses to this entry through the RSS 2.0 feed. You can leave a response, or trackback from your own site.