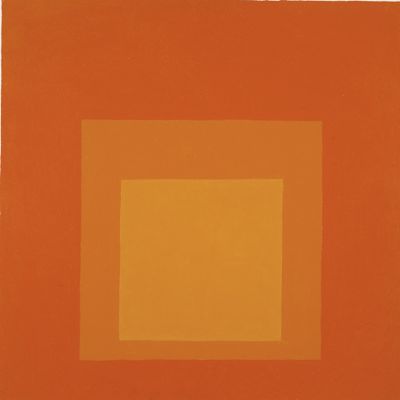 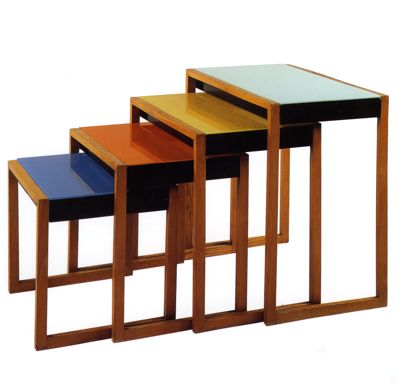 On display are early works from Albers’ years in Germany, where he was a student and later teacher at the Bauhaus, including photographs, furniture, and prints. During this time, Albers also produced a number of glass works. He created assemblages from found glass fragments and metal, while his later glass works were precise architectural sandblasted sheets. The glass works were his first abstract pieces, exploring a concern for color and composition present in his later paintings. 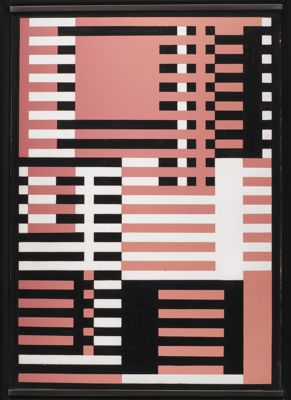 Albers began painting after he immigrated to the United States; when the Bauhaus closed, he took up an invitation to teach at Black Mountain College in North Carolina, and went on to teach at Yale.  His Variant paintings of rectangular abstractions were derived from adobe houses that Albers saw on a trip to the Midwest. His dedication to abstract motif and different color combinations from the Variant paintings were carried on in his best known series Homage to the Square, which he began in 1950 and worked on for over two decades until the end of his life in 1976. 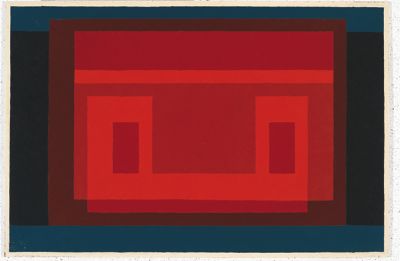 The retrospective includes over 30 of the Homage to the Square paintings, including the first and last painting of the series. Using structured mathematical relationships and a laboratory-like environment to create the paintings, Albers explored the effects of visual perception and the interaction of color. Paint was applied straight from the tube with a pallet knife to create three or four exact squares of various colors set inside each other. While these flat works were produced using a highly methodological system, they conduct a sense of depth and character. Heightened by their arrangement in the gallery, the Homage paintings demonstrate how the perception of intensity and tonality of color can vary according to interaction with other colors. The series also illustrates an ethical principle emblematic of his Bauhaus years—that a heightened sense of perception would lead to a greater awareness of the world. 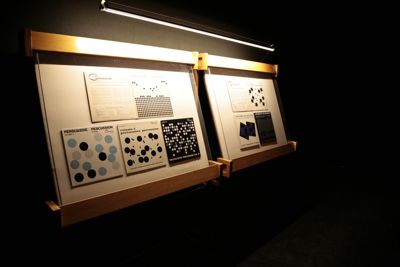 Also on display are seven record covers that Albers designed with the musician Enoch Light for Command Records. These record sleeves further solidify Albers place as a figure that had the ability to engage with and permeate various realms of art, design, and visual display. 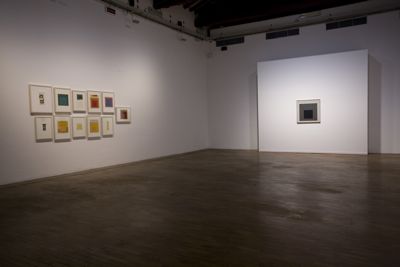 Albers preserved Bauhaus and European modernist principles while mingling them with styles such as Minimalism, Op, and light art, establishing a deep influence on post-war American artists, designers, and educators.

This entry was posted on Tuesday, January 3rd, 2012 at 11:48 pm and is filed under Art News, Go See. You can follow any responses to this entry through the RSS 2.0 feed. You can leave a response, or trackback from your own site.