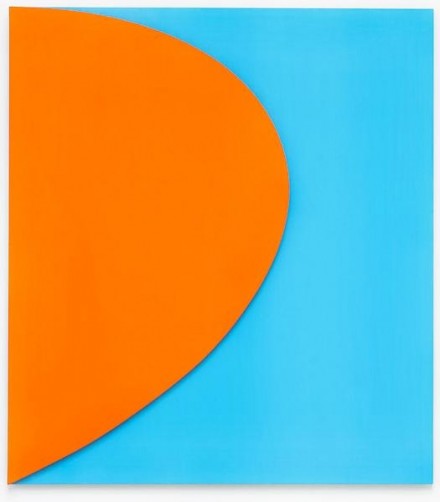 American abstract painter and sculptor Ellsworth Kelly has unveiled a so-called ‘shop sign’ for the inaugural exhibition of the latest Matthew Marks Gallery in West Hollywood, California, while the gallery continues to maintain four spaces in New York City. The sign is a wide strip of painted black aluminum set across the top of the white stucco building (a converted garage, now 3,500 square feet). This is Kelly’s first major exhibition in Los Angeles after over a decade, and the showcase of Kelly’s paintings inside the gallery runs concurrently to his print retrospective at the Los Angeles County Museum of Art (LACMA), which opened Sunday. 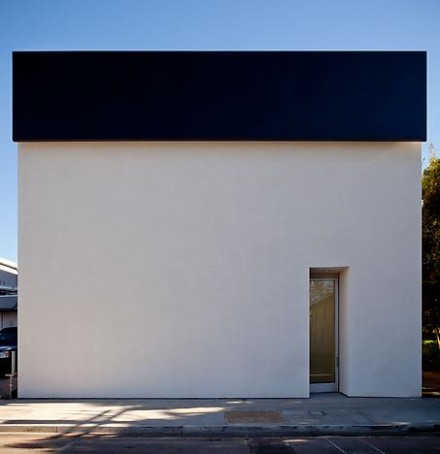 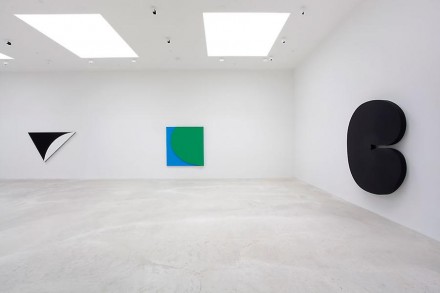 Kelly has been experimenting with color spectrums since the sixth grade, and with painted relief since 1949, after he moved to Paris and was influenced by Constantin Brancusi‘s simplified sculptural forms. Kelly adamantly creates all his work himself without the aid of studio hands, although he admits at 88 that he may need help if his health fails. In the meantime, he constantly sketches his ideas, and finds inspiration in even the subtlest everyday shapes. As dealer Matthew Marks told the New York Times, “A shape for a painting could come from the shadow a leaf casts on a branch. He’ll draw it over and over again and use it in a painting, a print, a sculpture.” 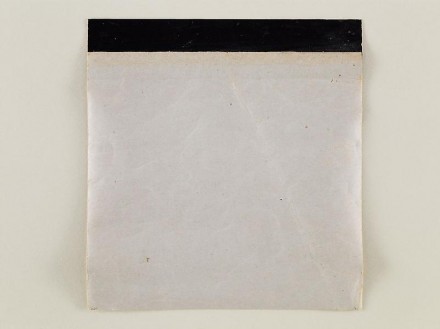 With equal weight on positive and negative space, the slated abstraction of Kelly’s work removes excesses in surrounding forms. In the case of the shop sign, the entirety of the landscape is reshaped by critical thinking into the pure-form abstraction itself. 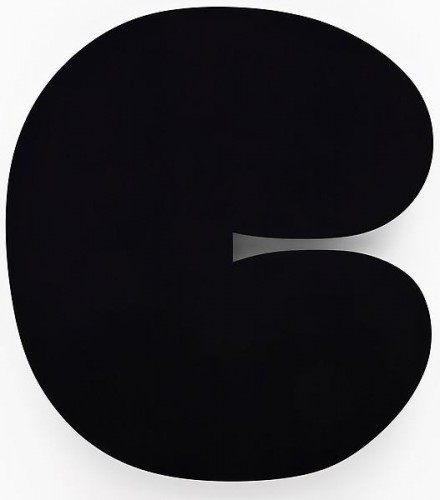 Although Kelly struggled to gain recognition in younger decades amidst the success of contemporaries like Jasper Johns and Robert Rauschenberg, today his refined abstraction is newly appreciated over the appropriation and country-conscious identities. Along with Willem de Kooning and Gerhard Richter, his work’s value continues to rise. Actress Gwenyth Paltrow has been collecting Kelly’s plant drawings since 1997, and longtime friend and ally James Cuno, now chief executive and president of the J. Paul Getty Trust in Los Angeles, has displayed and commissioned Kelly’s artwork for the Hood Museum of Art at Dartmouth College, the Fogg Art Museum at Harvard, and the Art Institute of Chicago. 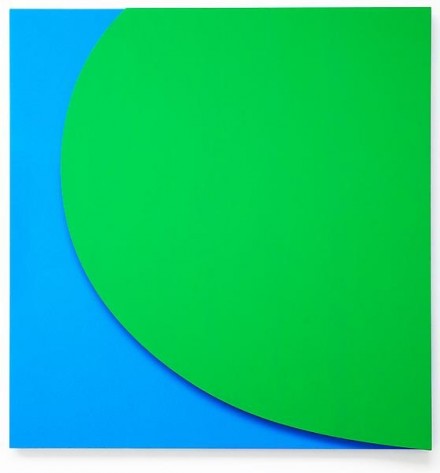 Continuing an unwavering effort of creativity and determination throughout 70 years of work, Kelly is currently struggling with a recently onset lung condition, and requires an oxygen machine. The illness is suspected to be caused by inhaling oil paint and turpentine in his studio. 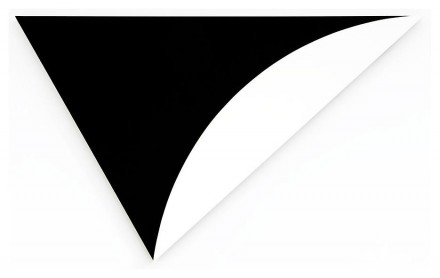 Ellsworth Kelly is an American veteran of World War II, having studied painting and drawing at the School of the Museum of Fine Arts in Boston after serving, and later living in Paris for a decade. More recently, he turned a three-inch piece of cardboard shape into a fold sculpture at the Beyeler Foundation in Basel, Switzerland, and has an ongoing, traveling retrospective coupled with new work, which just finished its stay at the Haus der Kunst in Munich, Germany. 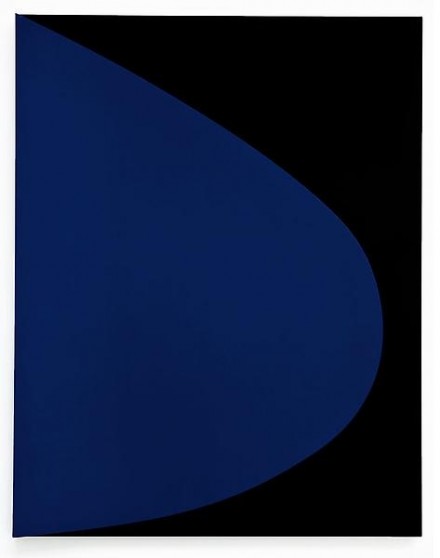 This entry was posted on Wednesday, January 25th, 2012 at 6:45 am and is filed under Art News, Go See. You can follow any responses to this entry through the RSS 2.0 feed. You can leave a response, or trackback from your own site.