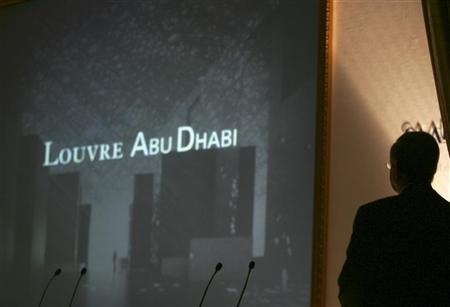 Abu Dhabi’s Louvre, $27 billion Zayed National Museum, and Guggenheim openings delayed to 2015, 2016, and 2017 respectively from their 2013-2014 previous deadlines, though substantial work has been completed. [AO Newslink]

Read the article via Reuters

Dairy Today November 1, 2010 | Dickrell, Jim Seeing is believing. A few weeks ago, Tom Oelberg and I spent a morning auditing a total mixed ration (TMR) at a large southern Minnesota dairy (see the story on page 30).

Oelberg, who is a field technical services specialist for Diamond V, has done dozens of TMR audits in the past couple of years. Earlier this summer, he had completed an initial audit of this dairy and found: here too much fiber

* mixing times were too short.

* nozzles used to add water to rations were mis-aimed.

* feeders in a hurry to add ingredients were spilling and wasting commodities when loading.

* handrails on the mixer were loose, creating a safety hazard above the PTO shaft.

On our revisit, feeders were mixing an additional five minutes prior to dispensing feed. Loaders were also much more conscientious as they brought the commodities to the mixer. Before, the barn floor had been littered with an inch, even two, of waste. Now it was bare.

Left unfixed were the improperly aimed water nozzles. The front third of the vertical mixer wagon still had trouble incorporating dry, chopped hay that tended to float on the top. The loose handrails were also still an issue.

Audits can identify little problems that can cause havoc with getting the right amount of feed to the cow. And they often cost little or nothing to fix. site too much fiber

Oelberg tells of one dairy that had a feeder leave after failing to follow mixing protocols. Once the new feeder was trained, milk production jumped an astounding 8 lb./ cow/day. No new ingredients. No extra labor. Just things done correctly.

Not every dairy will see this kind of result. Yet a few cents per cow per day in wasted feed, or rations that are too hot or have too much fiber depending on where the cow stands at the bunk, mean inconsistent diets and challenged rumens. All of that adds up.

This entry was posted on Wednesday, January 25th, 2012 at 6:11 pm and is filed under Art News. You can follow any responses to this entry through the RSS 2.0 feed. You can leave a response, or trackback from your own site.