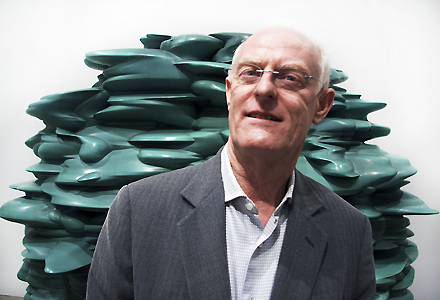 Tony Cragg’s latest body of work is currently on display at the Marian Goodman Gallery through March 10. The show consists of 15 of the sculptor’s pieces, all of which were made in the last five years utilizing a wide variety of materials including plywood, bronze, and stone. Accompanying this exhibition are several large-scale pieces by the artist in The Sculpture Garden at 590 Madison Avenue. 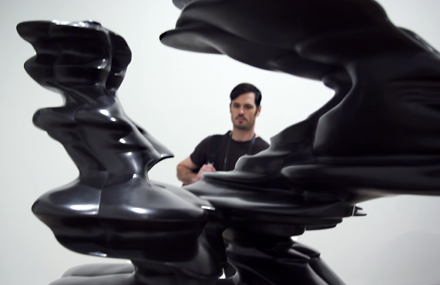 Born in Liverpool, Cragg began as a laboratory technician at the Natural Rubber Producers Research Association, a place that may have primed him for his later work as a material-driven sculptor. After his time at the lab, Cragg began to pursue an education in art. He attended multiple schools including Gloucestershire College of Art and Design, Cheltenham College, and the Royal College of Art in London. During his time studying, he met fellow sculptors Richard Long and Bill Woodrow, who no doubt influenced each other. Post university, Cragg has spent most of his time in Wuppertal, Germany. 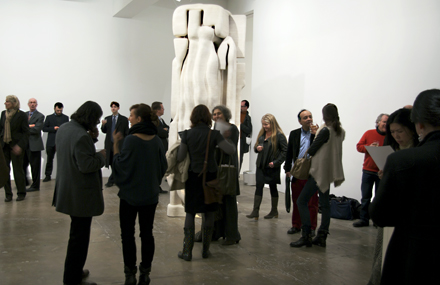 The various factors that have influenced Cragg’s work are evident in this show. Considering his time spent in the laboratory, the English countryside he was exposed to at a young age, and his travels through urban Europe and America, the viewer can begin to understand the artist’s interest in surface, form, and materials. Many of the shapes he creates are organic and resemble naturally occurring entities in nature; the entirely wooden piece, Lost in Thought, is the color of river rock and with its finely striated surface, rounded folds, and cavernous interior, looks as if time and water had eroded the massive stone to produce a purely natural object. 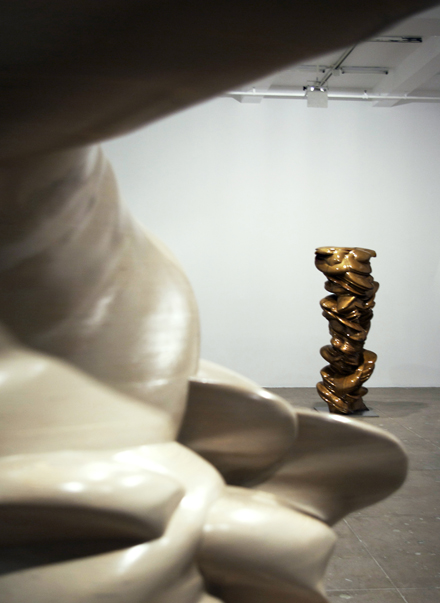 Cragg spends a great deal of time on each piece and works on each one himself, up until the time he may deliver the work to a foundry. Wood is the unifying material throughout this entire body of work; each of the bronze and metal pieces are cast out of wood. Each piece has undergone a very specific treatment process, and results for the most part in large organic shapes that resemble rock formations, juxtaposed to pieces like Thinking in Circles, that evoke a more mechanical universe. 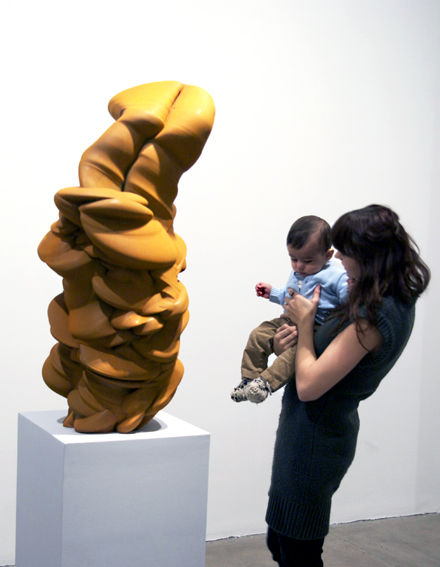 Cragg creates silhouettes that seem to flow like water and move in front of the viewer’s eyes. The smooth surface textures, along with the overlapping and interlocking layers, and the emphasis of both negative and positive space, allow these figures to move while standing still. These pieces have a multi-surface, cubist quality to them, and although one might say they are completely abstract, they echo the natural world and all its figures. 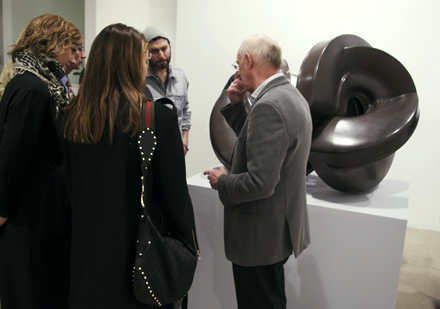 This entry was posted on Saturday, February 25th, 2012 at 12:02 am and is filed under AO On Site, Art News, Go See. You can follow any responses to this entry through the RSS 2.0 feed. You can leave a response, or trackback from your own site.

One Response to “AO On Site – New York: Tony Cragg at Marian Goodman Gallery through March 10, 2012”