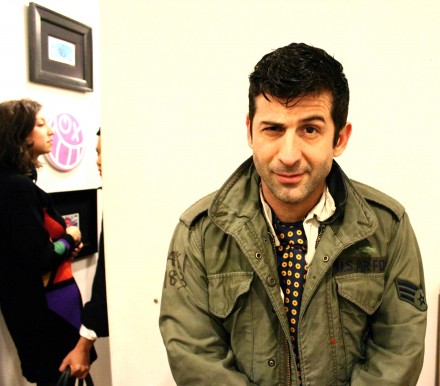 French graffitist and clubster André Saraiva has set up shop inside Half Gallery for his first solo New York exhibition, having also shown at Colette, Palais de Tokyo, and Air de Paris. Bright yellow French letter boxes tagged with Saraiva’s signature “Mr. A” smiling face line one wall, love letters and colorful drawings cover the other in a loose salon style. The letter boxes were first painted in the streets of Paris—from whence they were shipped—with the artist making a few re-touches to the six boxes chosen for the New York show; Saraiva had attempted to paint every box he could there. The letters are “a somewhat anachronistic celebration of communication so closely tied to the romantic,” says the press release; watercolors of nostalgic letters impart the artist’s poetic side, some quoting Jacques Prévert or Henry Miller. Alternatively, dollar bill-based works elicit sex more graphically, one scripted, “In Pussy We Trust,” replacing George Washington’s center placement accordingly. Art Observed was fortunate enough to speak with Saraiva and gallerist Bill Powers in the following interview before the small Forsyth Street gallery earned a waiting line outside, Powers forced to turn away an additional news crew for lack of arm room. 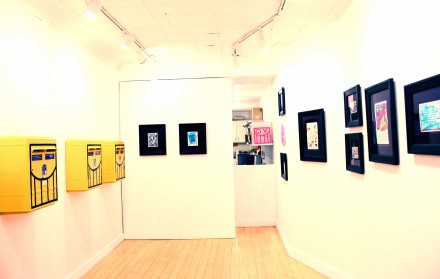 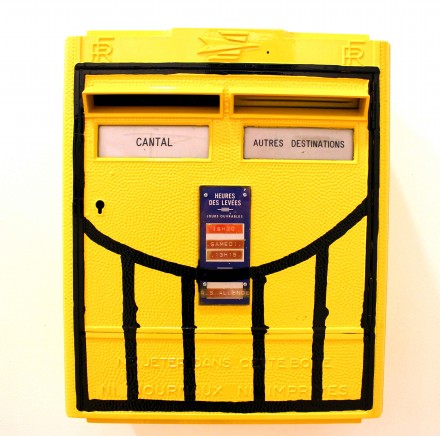 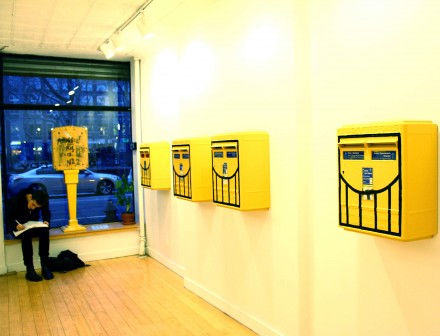 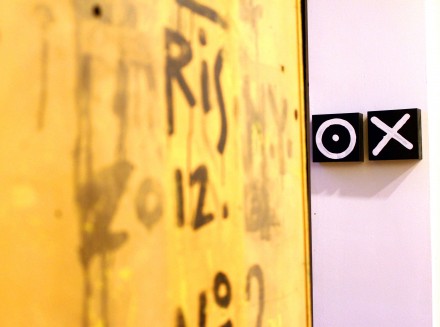 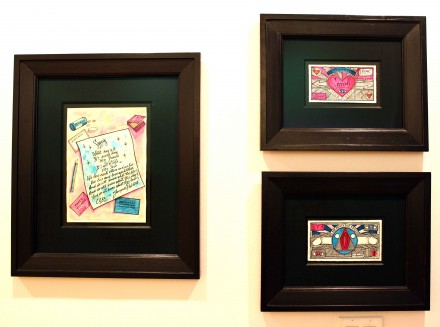 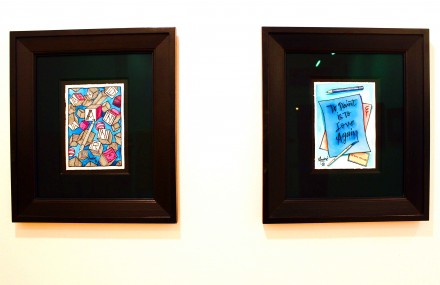 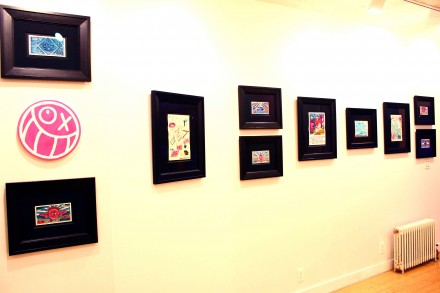 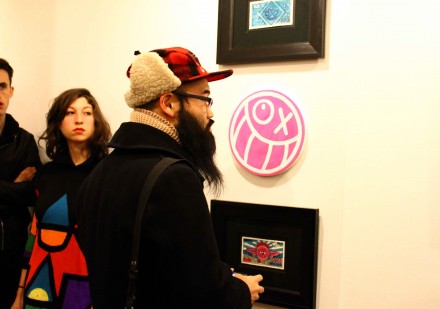 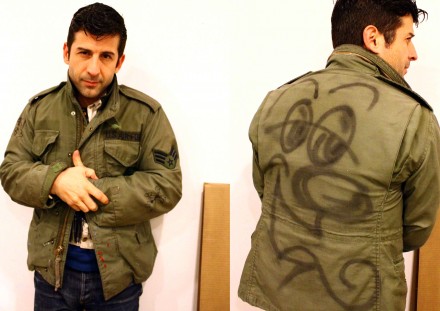 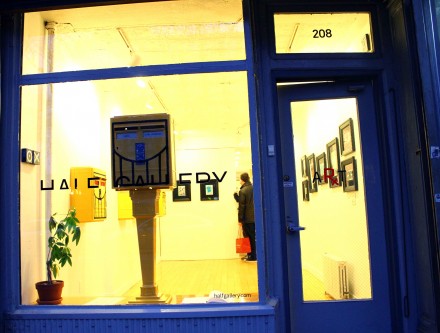 This entry was posted on Tuesday, February 21st, 2012 at 8:06 pm and is filed under AO On Site, Art News, Go See. You can follow any responses to this entry through the RSS 2.0 feed. You can leave a response, or trackback from your own site.