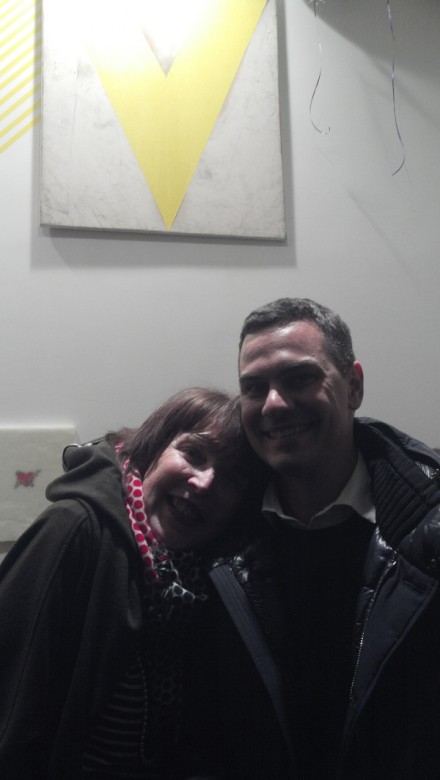 Marilyn Minter and Massimiliano Gioni at the opening. All photos on site for Art Observed by Rachel Willis and Samuel Sveen.

Maurizio Cattelan, who recently swore off his career as an artist, has taken a large step into the business side of the art world. The famed artist has teamed up with longtime friend and project partner—and notable curator—Massimiliano Gioni for a new exhibition space, Family Business. Located in the front of the Anna Kustera Gallery in Chelsea, at 520 West 21st Street, Family Business is a small non-profit venue geared towards both the making and showing of conceptually and aesthetically experimental art. The inaugural show, appropriately titled “The Virgin Show,” consists of a group of artists whose work has never been exhibited in New York before. There are a few exceptions to the rule however, with established artists like Laurel Nakadate and Mika Rottenberg showing some of their earliest works. The show was curated by Marilyn Minter who, in line with the theme of the show, has referred to herself as a “Virgin Curator.” To top off the theme, the band The Virgins played a short acoustic set, with visitors shuffled out to make room in the small space. 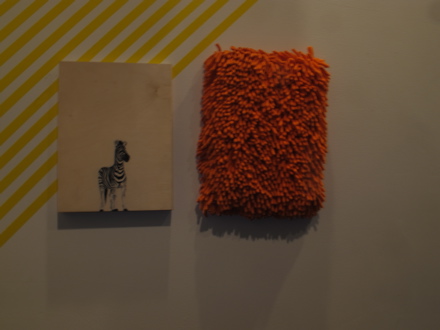 Minter has been a regular fixture on the New York art scene since the 80s, with a slew of high-profile solo shows under her belt. As curator, she carefully selected the group of artists for virtue of their “virgin” status but also because they are all participants in the current movement of experimental abstraction. Photographs, sculpture, paint, and various forms of mixed media, made by newcomers such as Andrew Brischler, David Mramor, and Rebecca Ward, line the walls of the small rectangular space, its facade and entrance made of glass. When empty, viewers are able to see the entire room from outside, but with the masses there in celebration of the opening of the new space, visitors took turns to step inside. 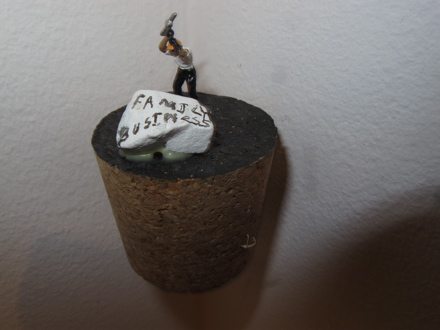 The name, Family Business, seems appropriate given the close-knit group of forces that fueled the opening: Cattelan’s friends Marilyn Minter, the Bard Curatorial Center, and the Anna Kustera Gallery all played a role in the birth and production of this project. This is not the first exhibition space that Cattelan and Gioni have started together; between 2002 and 2005 the two men along with Ali Subotnick ran the Wrong Gallery, another small but influential exhibition space. 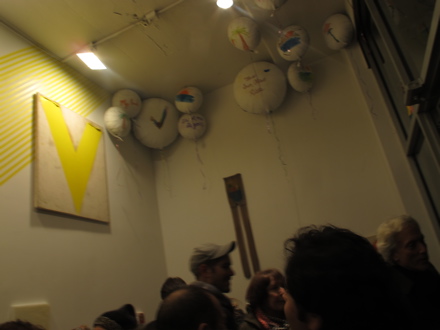 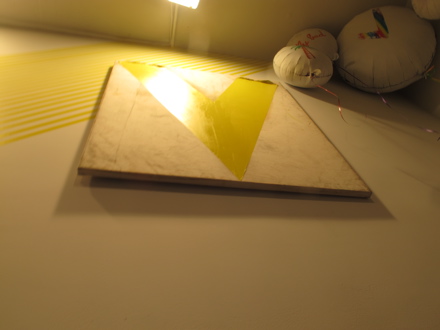 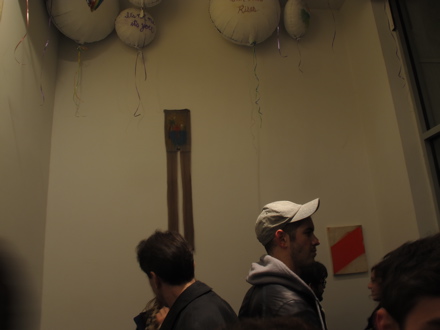 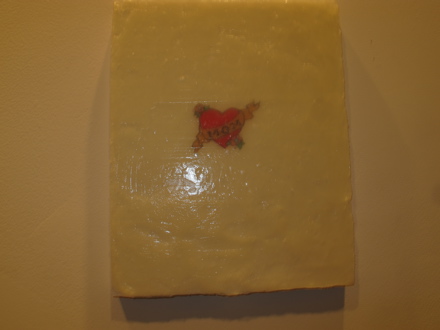 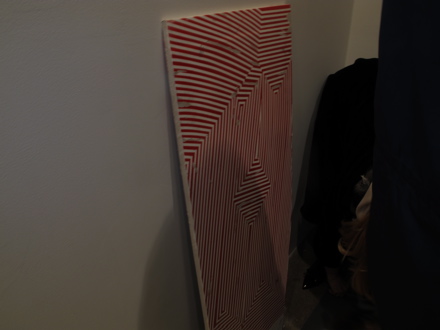 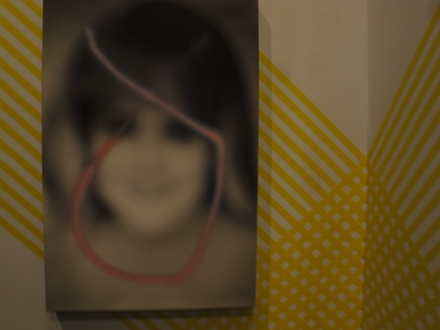 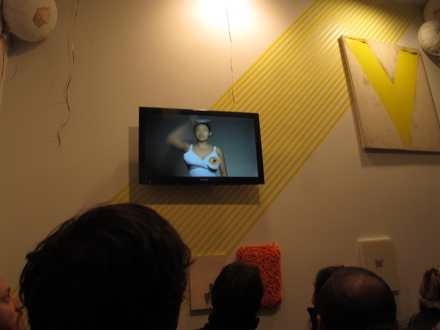 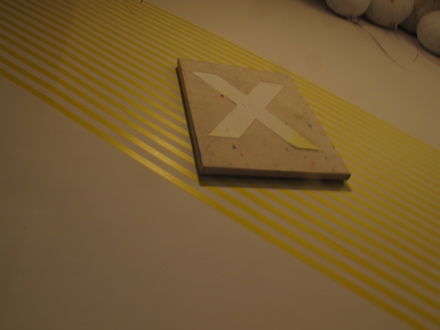 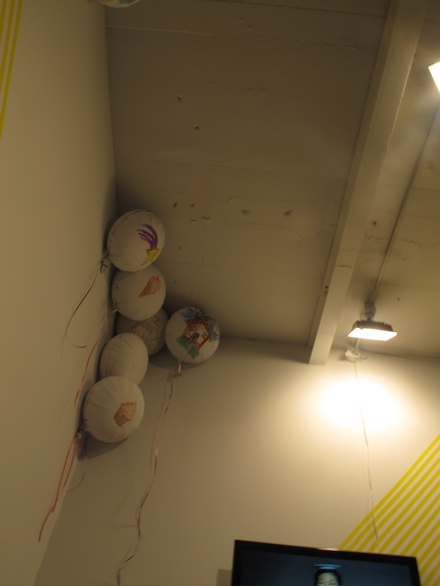 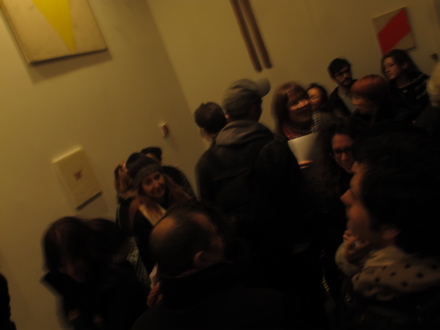 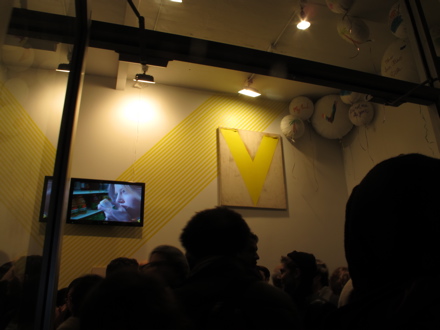 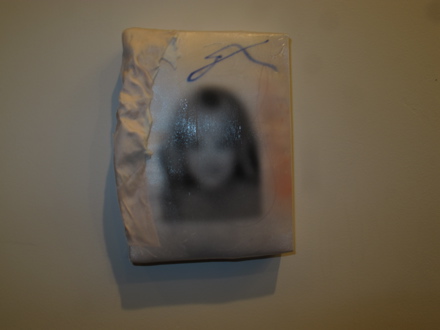 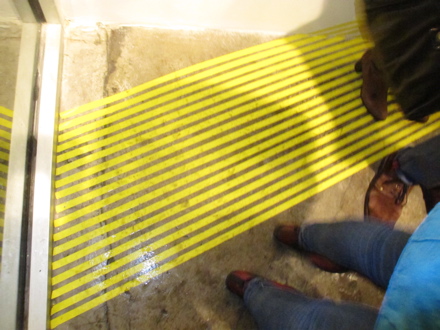 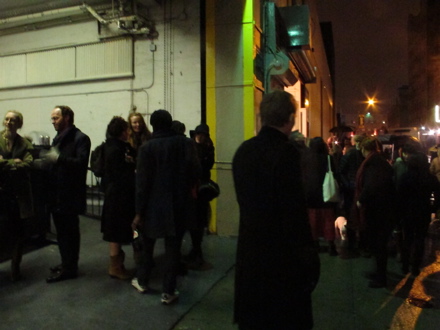 This entry was posted on Monday, February 20th, 2012 at 1:44 am and is filed under AO On Site, Art News, Go See. You can follow any responses to this entry through the RSS 2.0 feed. You can leave a response, or trackback from your own site.