London: ‘The Mystery of Appearance’ at Haunch of Venison through February 18, 2012 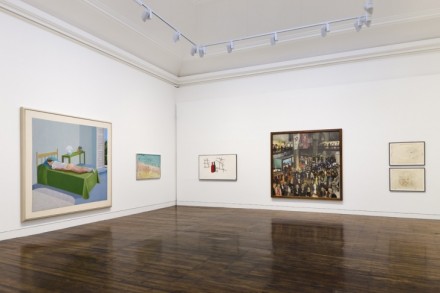 Installation view. All images courtesy of Haunch of Venison, London.

Haunch of Venison’s newly renovated four-gallery space in London currently holds an exhibition showing ten of Britain’s more important painters of the post-war era: Michael Andrews, Frank Auerbach, Francis Bacon, Patrick Caulfield, William Coldstream, Lucian Freud, Richard Hamilton, David Hockney, Leon Kossoff and Euan Uglow. Exploring both personal and artistic relationships amongst the artists, over 40 paintings and drawings are on display, unveiling some works that have not been seen in public for years. 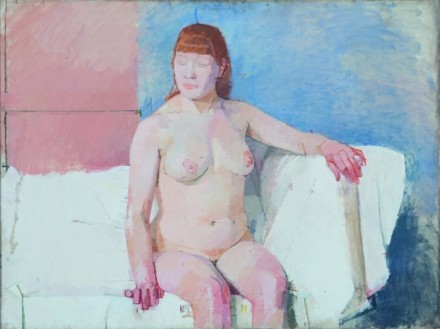 At a time when abstract paintings dominated the genre, these ten artists instead revived an interest in portraiture and landscapes. As some of the artists were colleagues in art school, previously unseen writings and conversations are documented in the catalog by curator Catherine Lampert, suggesting the impact of these connections to the development of each artist’s works. Despite stylistic differences, the press release connects each artist by the common goal of depicting what Bacon described as “the mystery of appearance within the mystery of making.” 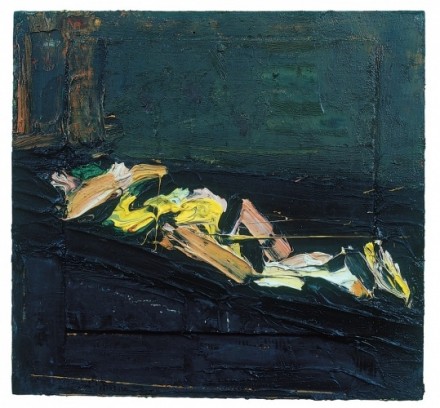 The four galleries are thematically separated. The first room displays a selection of nudes by Auerbach, Coldstream, Freud, Hamilton, and Uglow. 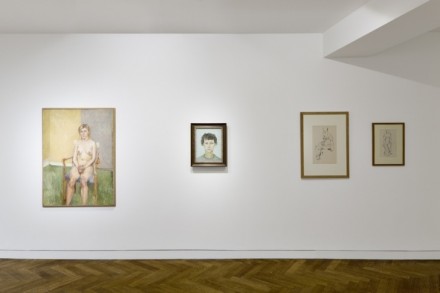 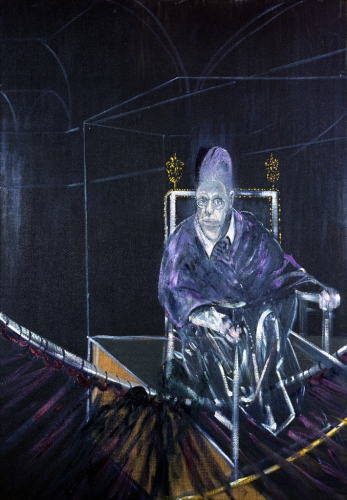 The second space presents landscapes and portraits, focusing on the materiality of paint on canvas. Most notably present is Francis Bacon’s Pope I – Study after Pope Innocent X by Velazquez (1951). 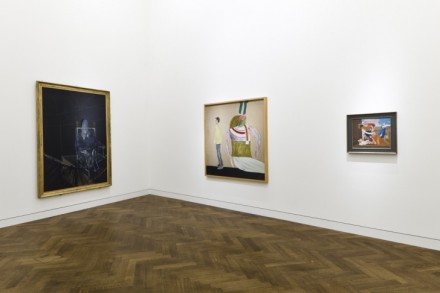 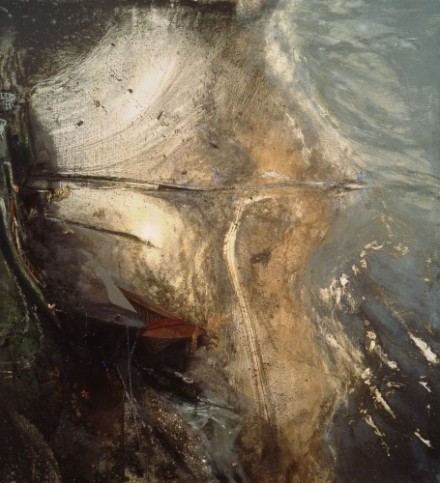 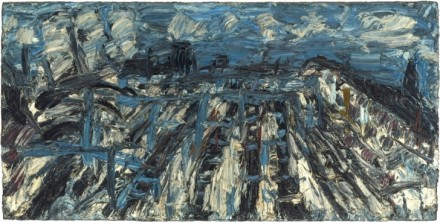 Following in the third gallery are works making reference to Old Master paintings, while the final gallery focuses on interpretations of space and architecture. 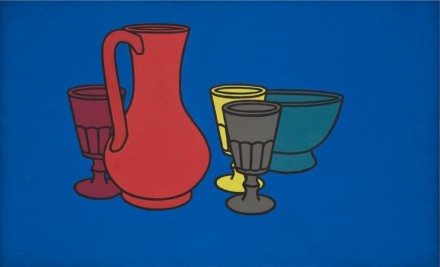 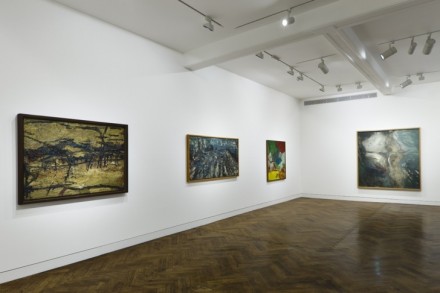 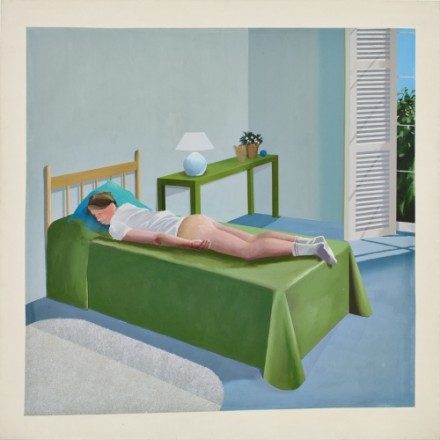 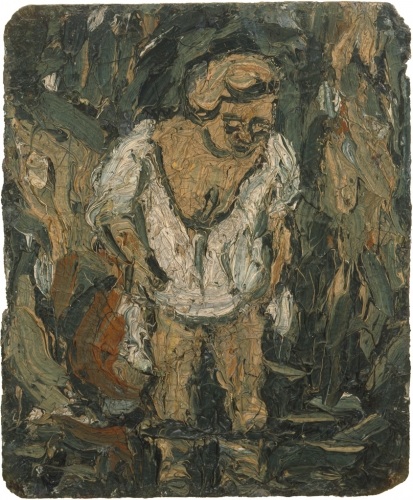 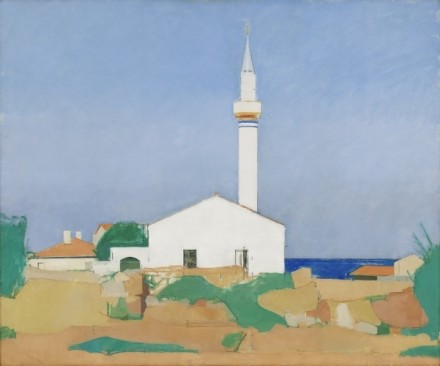 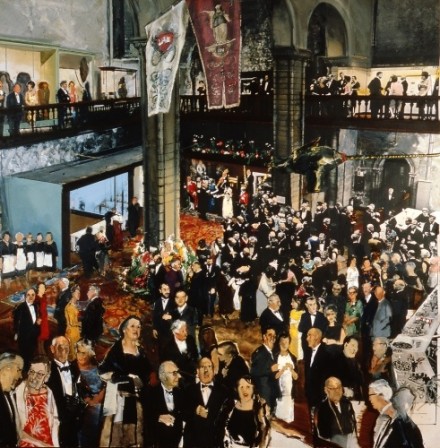 Michael Andrews, The Lord Mayor’s Reception in Norwich Castle Keep, On the Eve of the Installation of the First Chancellor of the University of East Anglia (1966-69)

This entry was posted on Sunday, February 12th, 2012 at 11:44 pm and is filed under Art News, Go See. You can follow any responses to this entry through the RSS 2.0 feed. You can leave a response, or trackback from your own site.