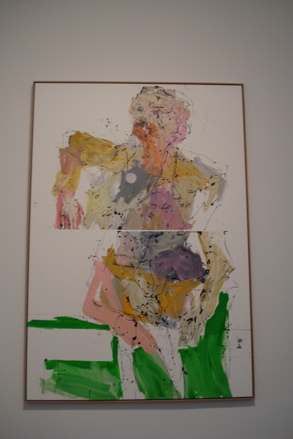 All photos on site for Art Observed by Rachel Willis.

Gagosian Gallery recently debuted a new body of work by German born artist Georg Baselitz. The show is comprised of ten pieces—nine oil paintings and one bronze sculpture—all standing at least nine feet in height and displaying images of abstracted human figures. Baselitz’s work has long been known for its aesthetic expression and the paintings in this show are no exception with their vibrant colors and painterly brushstrokes. 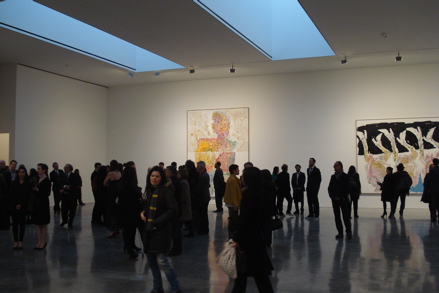 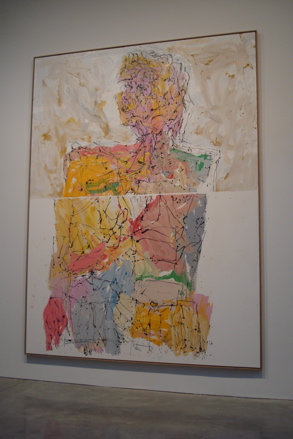 Baselitz was born in Deutschbaselitz, Saxony in 1938. His work has been influenced by his European upbringing and is thought to be quintessentially German in both style and subject. Other outside influences include the Outsider Art movement Art Brut, the work of French playwright Antonin Artaud, and African primitive artwork. In the 1960s he emerged as one of the pioneers of German Neo-Expressionism and the group “Neue Wilden.” Throughout his career, Baselitz has remained traditional in both materials and style, making everything from paintings to drawings, prints to wooden sculptures. 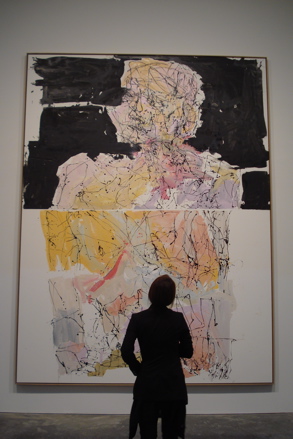 Baselitz’s early paintings experimented with the human figure and traditional composition. These figures are marked by the tormented expressions on their faces and the distorted size and shape of their bodies. Early on in his career, he was influenced by the effects of World War II and painted in the style known as “post-war abstraction;” earmarked by its incorporation of dark and brooding colors and figures thought to reflect the precarious socio-economic atmosphere in Europe at the time. 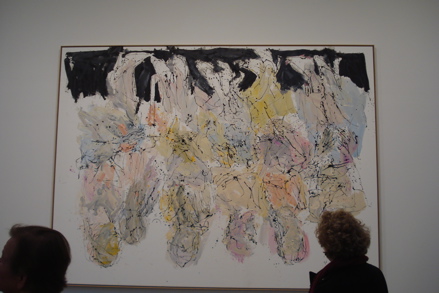 This new body of work, with its cheerful colors and peaceful looking figures, is a departure from the darker imagery of Baselitz’s previous paintings. Considering both the history and current situation of  his native country, one could posit that his work perhaps mimics societal changes of Germany. This group of paintings reflect the country’s current period of prosperity that followed its reunification in the early 90s. Like that of rebirth and Springtime, the paintings come to life with light, flesh-colored figures and uplifting hues of blue and green. Baselitz’s turn of expression is further illuminated through his playful perspectives—as with two of his paintings in which the figures are positioned upside down. 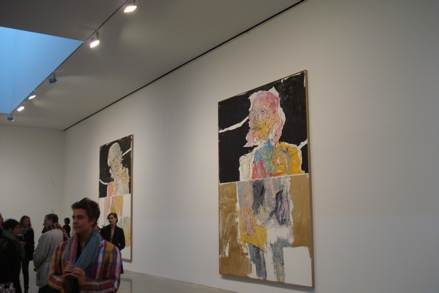 For this body of work, Baselitz produced pieces even larger than he has in the past. The only sculpture in the show, Sing Sang Zero, although quite large and made of bronze, is reminiscent of his infamous wooden sculptures and carvings. In this piece, two human figures, looking roughly male and female, stand linked arm-in-arm beside each other. Their features are indistinguishable and their hands and feet are no more than crudely formed blocks of bronze. Numerous scratches and striations on their bodies are further reminiscent of his wooden sculptures. 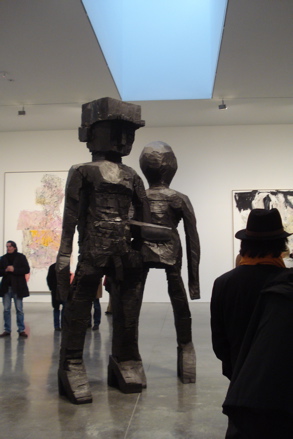 Baselitz’s work has been included in many major public collections including the Museum of Modern Art, the Metropolitan Museum of Art, and the Tate Modern. He has also had numerous solo exhibitions in prestigious venues such as the Solomon R. Guggenheim Museum and the Royal Academy of Arts in London. Two bronze sculptures were exhibited at Galleria Borghese in Rome in 2011 and currently there is a collection of his sculptures on view through January 2012 at the Musée d’Art Moderne de la Ville de Paris. 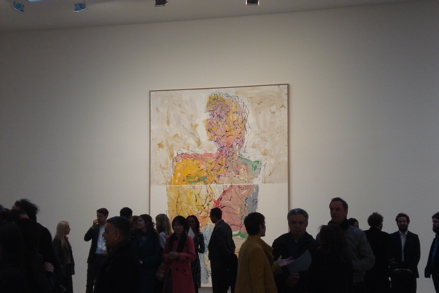 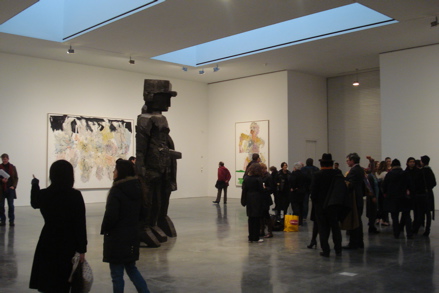 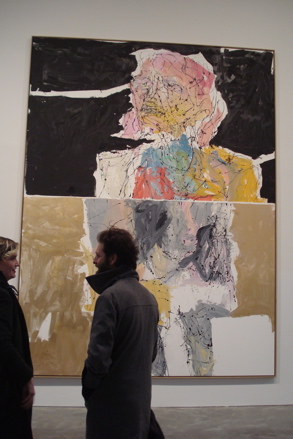 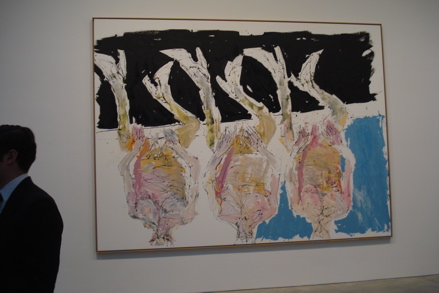 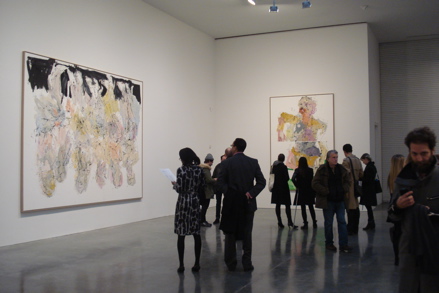 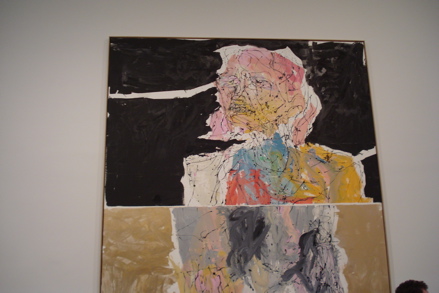 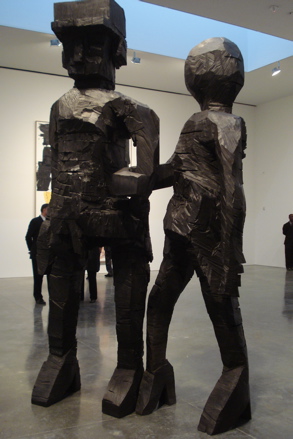 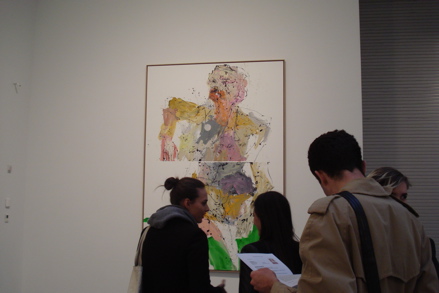 This entry was posted on Wednesday, March 21st, 2012 at 5:38 am and is filed under AO On Site, Art News, Go See. You can follow any responses to this entry through the RSS 2.0 feed. You can leave a response, or trackback from your own site.