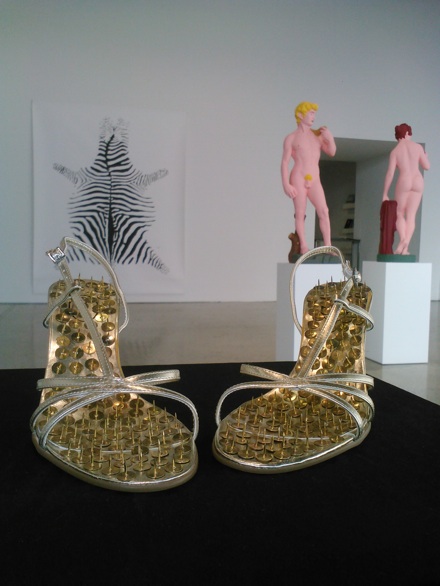 Hans-Peter Feldmann‘s sixth solo exhibition of new work is on view now at 303 Gallery in Chelsea, featuring pieces from several recent series in sculpture, collage, painting, and photography. Across the various mediums, the work is united by Feldmann’s keen appropriative sense, and traceable aesthetic manipulations. Often wavering between the vaguely comedic and the latently subversive, Feldmann’s work re-engages the seemingly familiar or ubiquitous to propose an alternative dialogue. 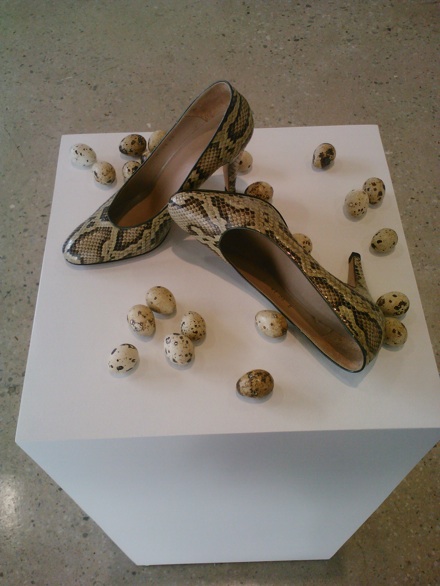 In both Golden Shoes with Pins and Shoes, Feldmann displays a pair of women’s high heels atop a white pedestal in the middle of the sparse gallery. With a flashy metallic gold leather heel, Feldman further embellishes the soles of Golden Shoes with Pins with golden metal tacks—the sharp points turned up. In Shoes, a pair of python snakeskin pumps are surrounded by quail eggs, which he painted by hand. With one shoe turned on its side, the tableau suggests elements of commodity and fashion, the material and the natural. A similar current runs through works such as Collage 2, where Feldmann creates an assemblage of figures and body parts cut from magazines, becoming a textural wall of kinetic images. 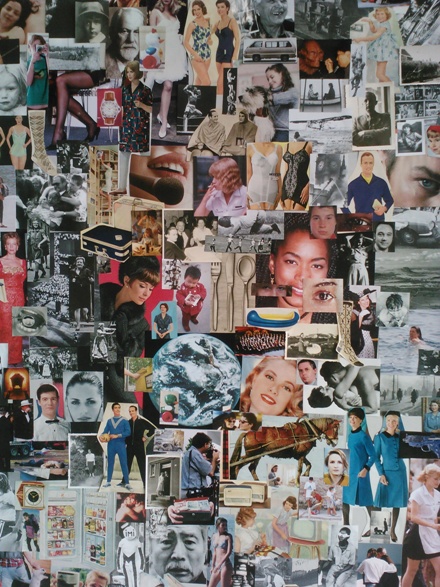 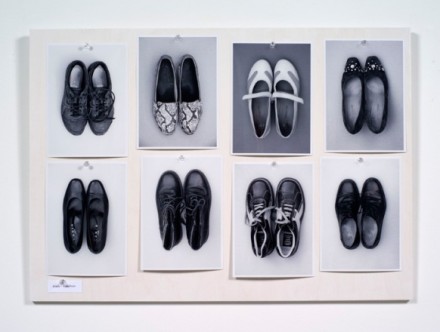 Feldmann also works with shoes in the photographic series Ursula + Hans-Peter. Shot in black and white and lacking any added decoration are the shoes worn by the artist and his wife, Ursula. Next to the shoe laden pedestals, the intimate photographs serve as a personal portrait, unmanipulated in their minimal presentation. Feldmann’s other expressions of self-portraiture include eight photocopies of caricatures drawn of him by street artists in Madrid, Spain. Each contrasts wildly from the next while sharing a sense of eerie physical exaggeration. 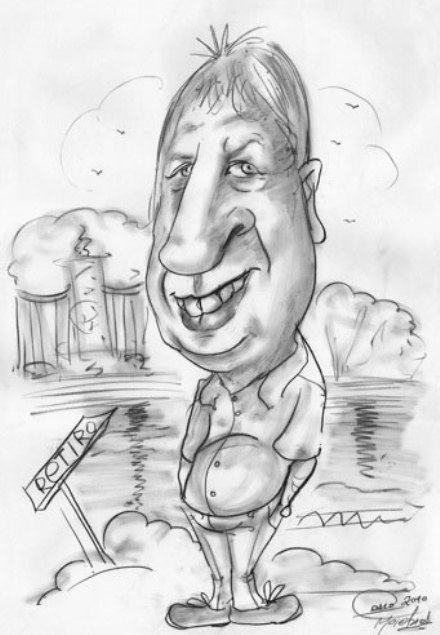 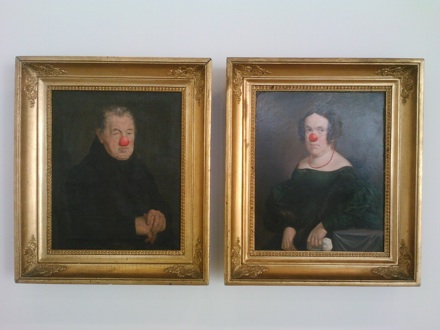 Hans-Peter Feldmann, Husband and Wife, Each with Red Nose (2012)

Contrasting these crude street portraits is a pair of oil paintings of a husband and wife dated to 1837. Each bares an unexpressive countenance, sitting stately and rigid. To each portrait Feldmann has added a large red dot covering their noses like part of a clown costume. Held in gold adorned antique frames, the portraits are laughably compromised through the artists simple addition. His statues, Venus and David operate in a similar way, corrupting the classic figures with monochrome patches of bright paint for hair, or a smearing of black lipstick to the David’s face. 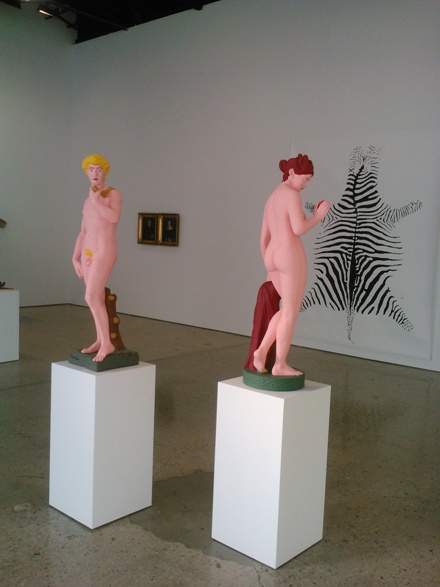 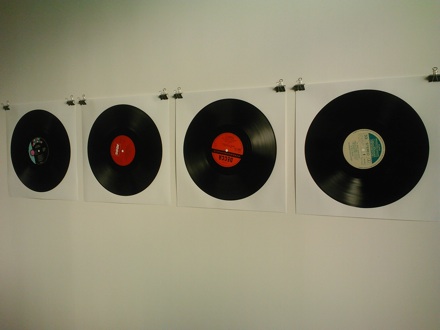 This entry was posted on Tuesday, March 27th, 2012 at 2:15 pm and is filed under AO On Site, Art News, Go See. You can follow any responses to this entry through the RSS 2.0 feed. You can leave a response, or trackback from your own site.