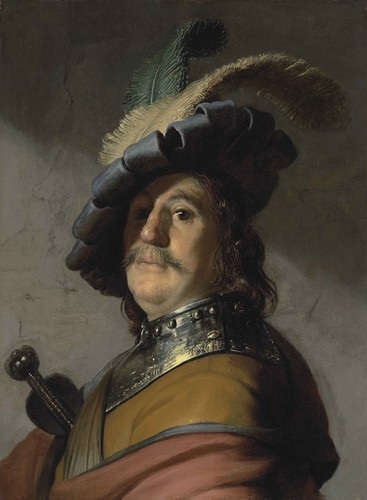 The upcoming Christie’s Old Masters Sale in London in July has an overall value of $30 million, with A Bust of a Man in a Gorget and Cap (1626-27) at an estimate of $19 million alone. In a bid to attract new collectors, Christie’s will send the Old Masters on a promotional tour through Doha, Moscow, Hong Kong, Amsterdam and New York. [AO Newslink]

Today at the St. Petersburg International Economic Forum 2010 Gazprom, Eni and EDF signed a trilateral Memorandum in the presence of Russian President Dmitry Medvedev and French President Nicolas Sarkozy. The Memorandum provides for specific steps towards the French company’s entry in the shareholding structure of South Stream AG.

The Memorandum contemplates that EDF’s entry will be accomplished before the end of 2010 through a reduction in Eni’s stake in the joint venture. EDF Group’s participation in the project will be not less than 10 per cent.

In addition, the document regulates the implementation process of the South Stream gas pipeline’s offshore section construction project at the current stage.

“Today the three future partners in the South Stream project have made a statement together for the first time ever, demonstrating joint aspiration to create a new route for reliable, secure and uninterrupted deliveries of Russian gas to Europe. United efforts of such countries as Russia, France and Italy highlight the project’s global scale and guarantee its success. Having prepared a feasibility study for the South Stream offshore section, we may say we have come ever closer to construction startup,” said Alexey Miller. web site memorandum of understanding

“We welcome EDF as a new partner in the project. This event will become an important step towards its practical implementation. Owing to the accords reached, all the project participants will get opportunities for further growth as key players on the European energy market,” stated Paolo Scaroni.

“The agreement signed with Gazprom and Eni enables EDF, the world’s biggest nuclear power producer, to reinforce its position as a significant player on the gas market. It also enables the Group to complete an important step forward in its gas strategy aiming to secure its supplies, both for supplying its own electricity production facilities and for selling of natural gas to its customers. EDF therefore strengthens its presence in infrastructure projects,” said Henri Proglio.

Background For the purpose of diversifying natural gas export routes Gazprom is planning to construct a gas pipeline across the Black Sea to South and Central Europe – the South Stream project. go to site memorandum of understanding

On June 23, 2007 Gazprom and Eni signed the Memorandum of Understanding on the South Stream project execution. The Memorandum outlines the areas of cooperation between the companies in designing, financing, constructing and managing South Stream.

On January 18, 2008 the South Stream AG Special Purpose Entity was registered in Switzerland. The Entity was established by Gazprom and Eni on a parity basis.

On May 15, 2009 Gazprom and Eni inked the second Addendum to the Memorandum of Understanding of June 23, 2007 between Gazprom and Eni on further steps in the South Stream project execution. The Addendum contemplates increasing the pipeline’s offshore section throughput capacity from 31 to 63 billion cubic meters a year and regulates gas marketing issues within the project.

On November 27, 2009 Gazprom and EDF inked the Memorandum of Understanding on EDF’s possible participation in constructing the South Stream gas pipeline’s offshore section.

This entry was posted on Monday, March 5th, 2012 at 2:19 pm and is filed under Art News. You can follow any responses to this entry through the RSS 2.0 feed. You can leave a response, or trackback from your own site.