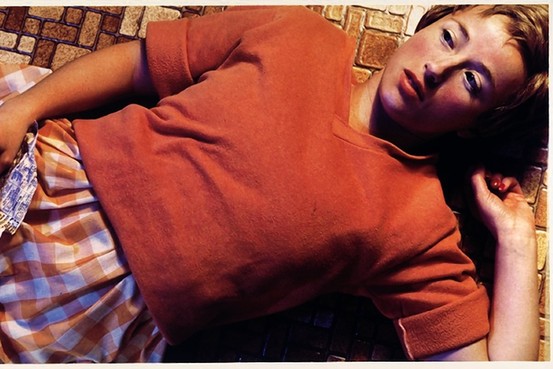 ‬Cindy Sherman’s ‘Untitled #96,’ valued at $2.8–3.8 million, could break $4.3 million record for any photograph at Christie’s auction in New York on May 8, the piece a consignment by the Akron Art Museum in Ohio [AO Newslink]

Police estimate the man made more than $40,000 from the pirated DVDs in the past year.

Philip B. Spence, 27, faces a felony charge of unlawful use of recorded sources or images as well as selling unlawful copies of DVDs.

Undercover officers made arrangements to meet with Spence on Jan. 27 and purchased a copy of the “Insanity” workout series. Once the transaction was complete, officers could tell the DVD was a pirated version, Bell said.

Officers conducted three different buys with Spence and arrested him following the last buy on March 20.

Spence’s Elk Grove Village home was searched and officers found additional pirated DVDs, including counterfeit copies of the “P90X2″ series and “Turbo Fire” workout DVDs. Regular prices for each of the workout systems can be more than $100 each.

Spence was transported to DuPage County jail where he remains. His next court date is April 23.

This entry was posted on Saturday, March 24th, 2012 at 4:18 pm and is filed under Art News. You can follow any responses to this entry through the RSS 2.0 feed. You can leave a response, or trackback from your own site.