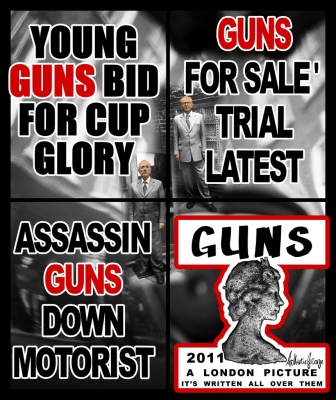 The collaborative duo Gilbert and George opened London Pictures to large crowds in Hong Kong last week, bringing the duo’s brash, oddball brand of British pop to the east for the inauguration of the London-based White Cube gallery’s new location. Based on 3719 source images drawn from newsstand posters stolen in East London over the last six years, the 292 works which comprise the London Pictures are the largest single body of work yet created by the duo, and the exhibition spans all four White Cube spaces—the new Hong Kong location, as well as Bermondsey, Hoxton Square, and Mason’s Yard. The gridded patterns of anywhere from four to forty tiles of found text and imagery—with the artists added in—explore themes of violence, sex, and death, through various methods of repetition. According to the press release, the survey draws “directly on the quotidian life of a vast city, [and] allow[s] contemporary society to recount itself in its own language.” 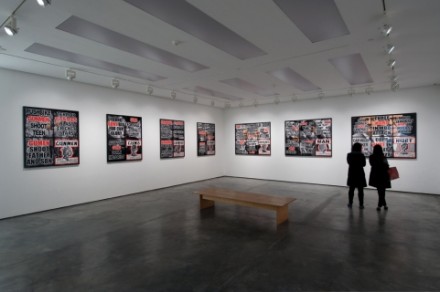 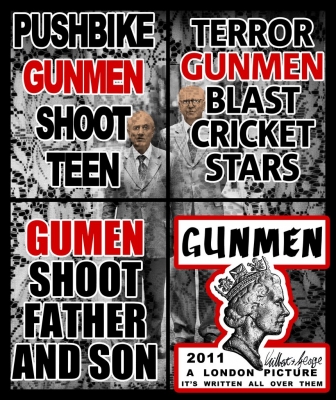 White Cube is not the first art world player to set down roots in Hong Kong’s rising art marketplace, although perhaps one of the more risky. The rather edgy work of Gilbert and George is internationally recognized for iconic images, performative gestures, and experiments in media and mediation. Collaborating together for five decades, Gilbert and George have consistently looked to the visual cues of popular culture and mass media with a deadpan humor and a simultaneously moralizing and apathetic eye. Visionary in its approaches to identity and representation, and perhaps difficult in its relentlessness, the artists’ body of work has been described as “Dickensian in scope and ultra-modern in sensibility.” 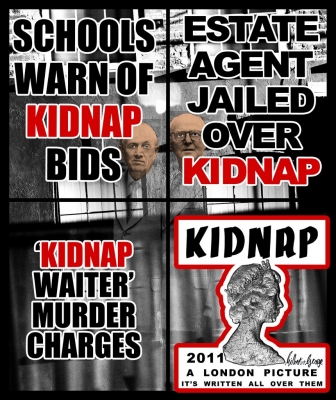 After White Cube, the exhibition will move on to Sonnabend Gallery and Lehmann Maupin Gallery locations in New York as well as other galleries in Paris, Salzburg, Naples, Brussels and Athens. 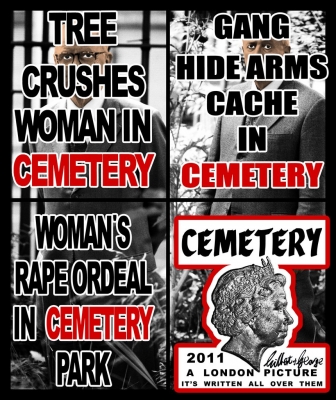 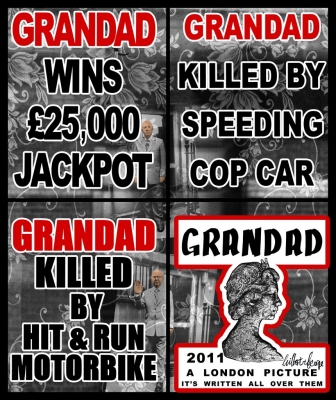 This entry was posted on Monday, March 12th, 2012 at 11:58 am and is filed under Art News, Go See. You can follow any responses to this entry through the RSS 2.0 feed. You can leave a response, or trackback from your own site.