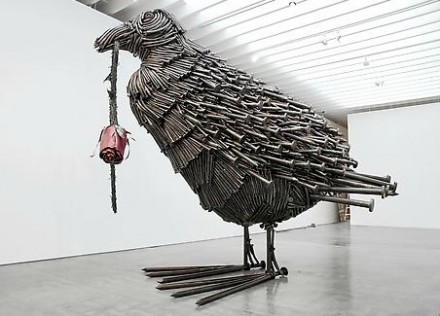 Will Ryman, Bird (2012). All images via Paul Kasmin Gallery.

Will Ryman’s Anyone and No One solo show is the artist’s first at Paul Kasmin, and the first for any artist to show simultaneously at both the 10th avenue gallery and the former Bungalow 8 location. Three new site-specific works include a towering labyrinth of 200,000 paintbrushes, and larger than life sculptures of a man and a raven. 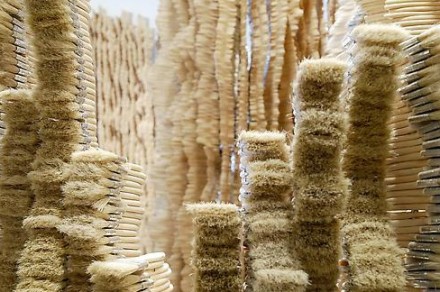 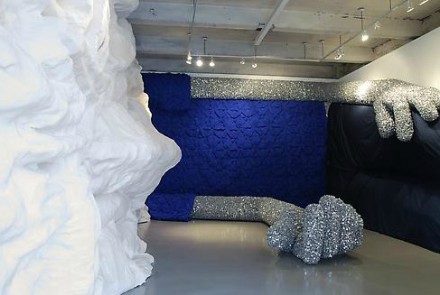 Laying on its side, the 90-foot-long Everyman figure is made from a range of found materials, including 250 pairs of shoes that make up the man’s shirt, and 30,000 unused aluminum bottle caps that comprise his silvery skin. 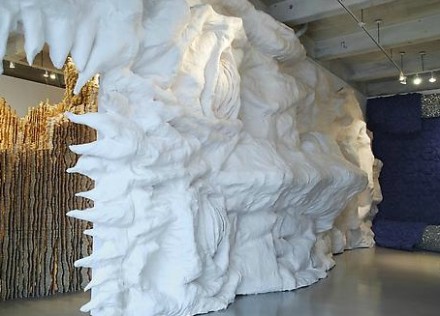 At the second location, the new 515 W. 27th Street space, the massive Bird sculpture stands alone. 12 by 16 feet, made of 1500 over-sized nails, the two ton work is perhaps a variation on the paintbrush-maze theme, reinterpreting the tools of the trade into the art itself. The work is said to be inspired by Edgar Allen Poe’s poem The Raven, which pays homage to Ryman’s own literary history as well. 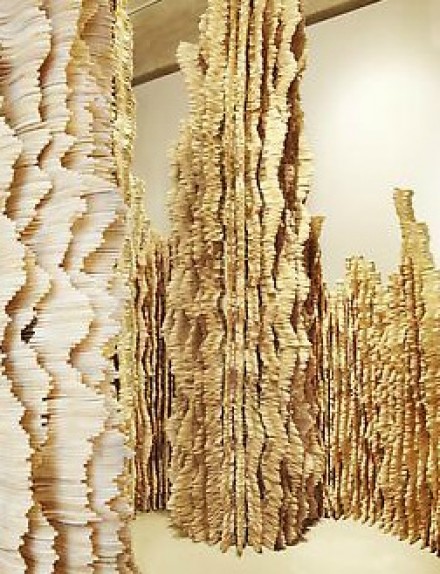 Ryman, 42, is a longtime Manhattan native and onetime aspiring playwright, though his family has fine art roots. His father Robert Ryman is a minimalist painter, his mother is color-block abstract painter Merill Wagner, and his brother Cordy Ryman uses both color and wood. Nevertheless, Ryman pursued a career in the theater world from a young age, seeking inspiration for absurdism from Samuel Beckett and Jean-Paul Satre.

Ryman has shown at 2011’s Frieze Art Fair and Art Basel Miami Beach. He currently has an exhibition of flowers called The Desublimation of the Rose at Fairchild Botanical Gardens in Miami, Florida. His work has been also shown at the Verbier Foundation in Switzerland, The Saatchi Gallery in London, and MoMA PS1 in New York, among others.

This entry was posted on Thursday, March 15th, 2012 at 1:59 am and is filed under Art News, Go See. You can follow any responses to this entry through the RSS 2.0 feed. You can leave a response, or trackback from your own site.