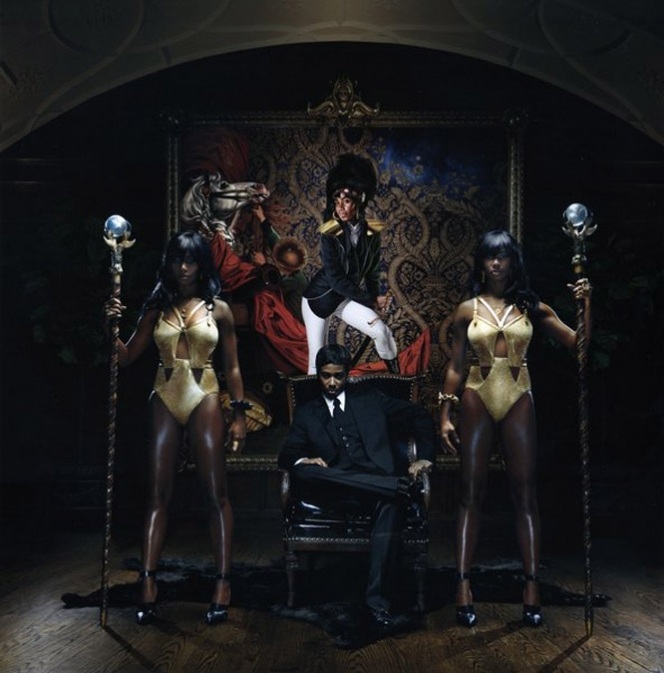 ‬Santigold painted by Kehinde Wiley for her The Master of My Make-Believe album cover, wearing Alexander Wang. This is Kehinde Wiley’s first female subject, based on Portrait of Sir Banastre Tarleton (1782) by Sir Joshua Reynolds. The album is out May 1st. [AO Newslink]

Seattle Post-Intelligencer August 19, 2009 Xbox 360 gamers know the Red Ring of Death all too well. When one of Microsoft’s gaming consoles experiences a hardware failure, three of the four red lights ringing the Xbox’s power indicator illuminate.

Since the Xbox 360’s launch in late 2005, system failures have gained their fair share of attention. Last year, Microsoft even set aside $1 billion to extend Red Ring of Death warranty coverage to three years.

In fact, a Game Informer survey of 5,000 readers found that the Xbox 360 has an astounding 54.2 percent failure rate. That means 54.2 percent of Xbox 360 consoles fail in one way or another. this web site how to fix the red ring of death

However, when the results hit newsstands in the September 2009 issue of Game Informer, gamers were surprised with the results. No, they didn’t think 54.2 percent was a high rate – they thought it was low.

“We’re not sure what future techno-utopia this poll was conducted in,” wrote Griffin McElroy of Joystiq, “but a 54.2 percent Xbox 360 failure rate sounds awfully low. Had the survey’s participants been comprised entirely of Joystiq staffers, it would have been a bone-chilling 100 percent.” Furthermore, 41.2 percent of Xbox 360 owners suffered a second hardware failure after sending their console back to Microsoft for repair, according to the survey. PS3’s second-failure rate was 14.7 percent, while the Wii’s was 11 percent. in our site how to fix the red ring of death

Microsoft’s Xbox team only gave the following response to the survey, which a Game Informer editor said has “caused quite a stir.” Microsoft stands behind the Xbox 360 as a superior entertainment console with one of the best warranties in the industry. We are constantly improving the design, manufacture and performance of the console through extensive testing of potential sources of any problems. Xbox 360 is pleased to maintain the title of “most played console” and the vast majority of Xbox 360 customers have enjoyed a terrific gaming and entertainment experience since their first day, and continue to, day in and day out. Any Xbox 360 owners experiencing issues with their console should contact Microsoft for repairs or troubleshooting tips at www.xbox.com/support or 1-800-4-MY-XBOX.

Last year, Microsoft also was hit by a lawsuit that alleged the Redmond-based company covered up the Xbox 360’s “excessive failure rate.” Regardless of everything above, people still love their Xbox 360s. Just 3.8 percent of respondents said they wouldn’t buy another Xbox because of system failures, according to Game Informer. And 36.4 percent of people who had an Xbox 360 fail have purchased more than one Xbox.

This entry was posted on Friday, March 2nd, 2012 at 1:16 pm and is filed under Art News. You can follow any responses to this entry through the RSS 2.0 feed. You can leave a response, or trackback from your own site.