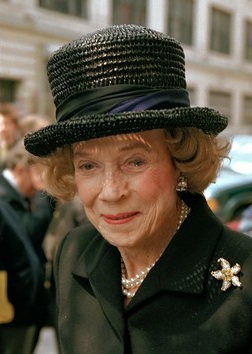 ‬Socialite and philanthropist Brooke Astor’s estate has been settled after five years, distributing approximately $100 million to education, culture, and parks, with $20 million to the Metropolitan Museum of Art [AO Newslink]

An estimated 70 percent of consumers continue to buy their replacement contact lenses through optometrists, who defend the practice as the best way to monitor and treat their patients.

Under terms of the settlement announced Tuesday, Bausch & Lomb, which admitted no wrongdoing, will pay rebates and offer discounts of up to $120 to eligible consumers to settle charges brought by Utah and 31 other states that it conspired to force customers to buy its replacement contact lenses through optometrists.

The Rochester, NY-based Bausch & Lomb, the third-largest maker of contact lenses, also will sell its contact lenses directly to mail-order companies and other retailers, including 1-800 CONTACTS. Retailers such as 1-800 CONTACTS must now buy most brands through distributors, which costs more and provides a less-stable product source, requiring larger, less-efficient inventories.

“As a contact lens wearer myself, I know that thousands of Utahns rely on these products,” Utah Attorney General Mark Shurtleff said in a statement announcing the settlement. “This settlement will make it easier for consumers to buy contacts and to get them at a reasonable price.” McCallum agreed that direct-purchasing arrangements will lower prices.

“We offer 20 percent discount today on average,” McCallum said, a discount made possible through volume, low overhead and a focus on contacts. “Consumers can only expect that to get better.” Despite the market challenges, 1-800 CONTACTS has grown rapidly since it opened in 1995, McCallum said. The Nasdaq-traded company’s annual sales have grown from about $3.6 million in 1996 to $145 million in its most recent fiscal year ended Dec. 30. In that same fiscal year, the company reported net income grew by 72 percent to $10.5 million.

The company has shipped nearly 4 million orders, via orders by telephone, Internet, fax or mail, to about 2 million customers since its inception, McCallum said. Its warehouse near the Salt Lake City International Airport has 10 million contact lenses in stock, with hundreds of thousands of exact prescriptions, he said.

Most contact lenses, the company notes, aren’t custom made anymore. “Daily wear and disposable contact lenses are made by automated equipment in very large quantities on heavily automated production lines,” the company tells consumers on its Web site, www.1800contacts.com. “As a medical device, they must be nearly identical every time — no matter where they are sold.” The company already is buying contact lenses directly from Ciba Vision — the eye-products unit of European drugmaker Novartis AG that settled its part of the lawsuit for about $6 million with the states last year — and a handful of other manufacturers, he said.

Many other manufacturers, however, are not named in the federal lawsuit, McCallum said. And the largest manufacturer, Johnson & Johnson Vision Products, remains a defendant in the lawsuit, set for trial March 19 in Jacksonville, Fla.

The lawsuit alleges that optometrists, acting through their trade association, the American Optometric Association, conspired with lens manufacturers to restrain competition in the sale of replacement disposable contact lenses by refusing to make such lenses available to pharmacies and mail-order firms. see here 1800contacts coupon code

The states are not saying there is anything wrong with consumers buying contact lenses from their optometrists, said Wayne Klein, a Utah assistant attorney general involved in the case.

But the lawsuit, he said, takes aim at allegedly unfair supply arrangements between manufacturers and optometrists, including selling only to retailers with an optometrist on premise, and the practice of optometrists in many parts of the country to keep prescriptions within their offices. Utah legislators required optometrists a year ago to allow prescriptions to be taken by patients from their office, although optometrists may still prescribe specific brands.

The St. Louis-based American Optometric Association, with more than 30,000 members, denies any conspiracy to influence either manufacturers over supply arrangements or optometrists over the way they handle prescriptions.

Many optometrists feel unfairly targeted by the lawsuit, initially filed in 1994. Most would prefer their patients use them to fill their prescriptions, but not out of any conspiracy, MacGuineas said. The practice allows the optometrists to better monitor their patients and offer qualified help with any problems, he said.

“They want to keep an eye on it,” MacGuineas said.

Neither the association or Johnson & Johnson Vision Products are expected to settle before trial.

This entry was posted on Thursday, March 29th, 2012 at 12:22 pm and is filed under Art News. You can follow any responses to this entry through the RSS 2.0 feed. You can leave a response, or trackback from your own site.