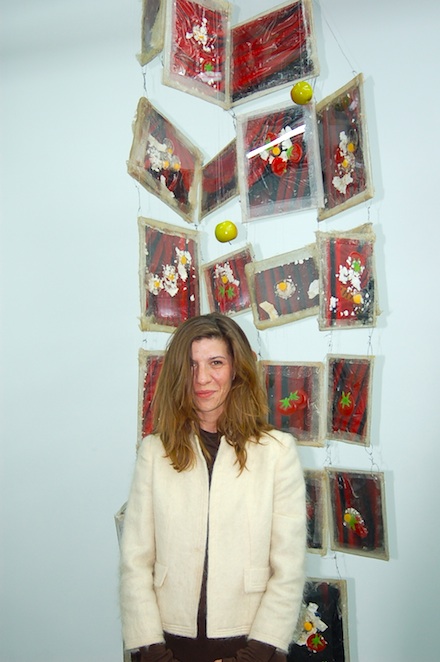 Artist Agathe Snow in front of Target Practice (2012). All photos on site for Art Observed by Samuel Sveen.

Maccarone Gallery presents new work by Agathe Snow in the exhibition I like it here. Don’t you? An artist whose visual vocabulary is steeped in the rhetoric of apocalypse, this collection of papier-mâché and fiberglass sculptures represents Snow’s vision of purgatory—a perpetual present constructed from the material refuse of a damned society. Ten totemic mobiles hang from ceiling to floor, each cleverly titled to simultaneously evoke their pop mundanity and allegorical weight, or perhaps, more aptly, weightlessness. This assemblage, a collage of cultural detritus both found and fabricated, hovers silently in Snow’s mythological continuum of hope and despair, conjuring associations of childhood and war, nature and culture, life and death, and everything in between. 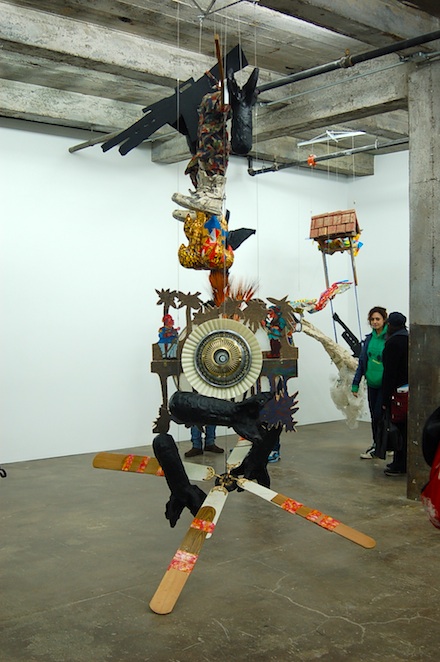 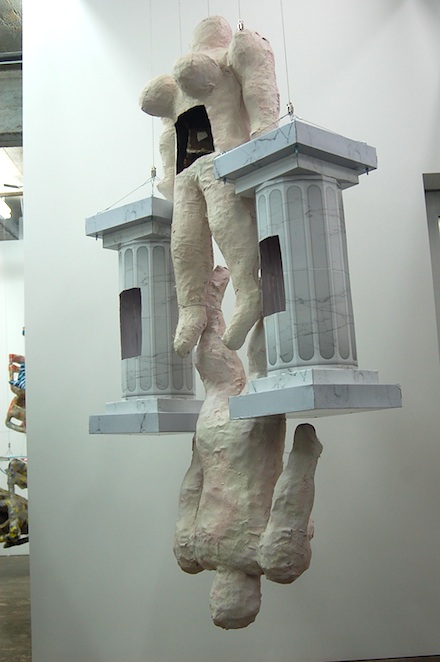 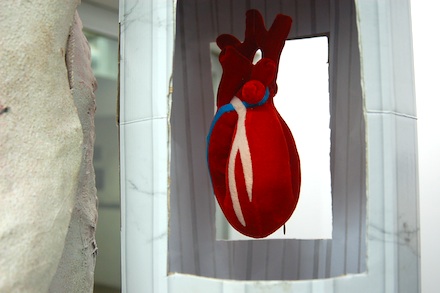 Give Me a Beat, the first sculpture encountered upon entering the gallery, features two colossal human figures, their bulbous forms stacked in mirror poses and framed by classical cardboard columns, inside of which are plush mechanized hearts. An open cavity in the torso of the female figure (denoted by tumescent protruding breasts) contains a crumbling brick—a frank declaration of a disenchanted world view. The familiar vision of apocalypse that pervades Snow’s works reappears in the central piece in the main gallery space, titled Napalm, comprised of camo-clad dangling legs, swirling missiles and a papier-mâché flame ball. In Snow’s creative narrative, however, this portentous vision of chaos and destruction will never be realized, but will loop endlessly in this concrete limbo. This more legible iconography of apocalypse is juxtaposed with perplexing compositions of the accoutrements of childhood, pleasure, and the mundane realities of daily life. Broken egg shells and splattered tomatoes (Target Practice) float alongside blow-up electric guitars (Head Bang Bang Band) and bulbous flowers enshrined in a spiral of garden hose (Comes Out Both Ends). 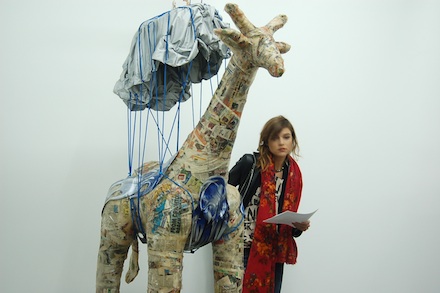 Foreign Legion features a papier-mâché and decal-trimmed giraffe strapped to a parachute, the four truncated limbs of his companion frozen mid-ascension; while Spit Ball Machine presents an entropic classroom, with desk-chairs and paper planes flying in a tornado of spit-balls and swirling hula-hoops. Tale of Fins + Tails—which includes a live fish in a plastic tank—is a tangled display of marine life; shark kites and fish pool toys are plastered with newspaper and paint, caught in a stream of perpetual free-fall. The unsettling couple of a Santa Claus mannequin, emerging from a brick chimney, with an adult doll donning a Mary Poppins mask in Sweepstakes finds its anthropomorphic pendant across the gallery in Buzz Kill. Buzz Kill features an improvised female body whose head is suggested by a butterfly-net, poised mid-swing holding a bulky black cut-out machine gun directed at inflatable butterflies. These centrifugal compositions communicate chaotic action paralyzed at its very climax, frozen on the frontier of heaven, or perhaps the descent to a hellish waste-land. 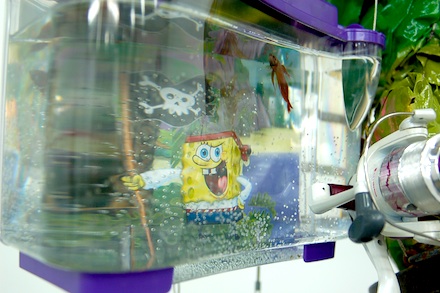 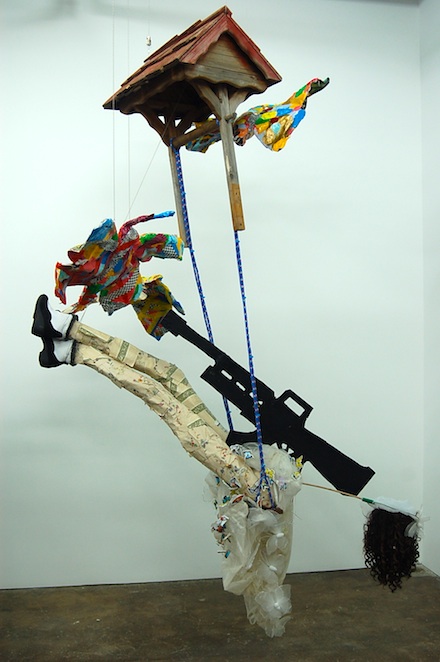 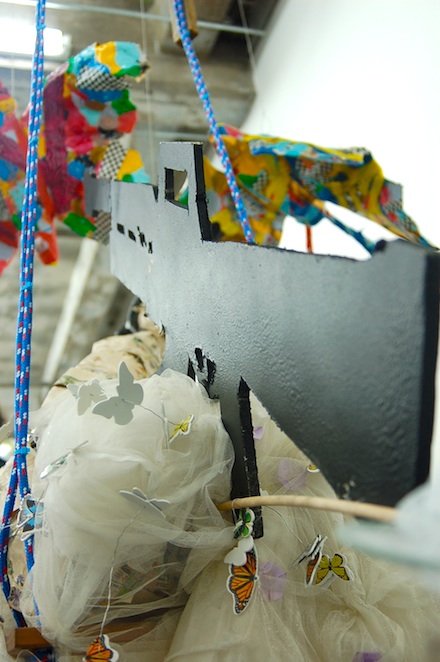 The theme of liminality, traversing eschatalogical states, simultaneously inhabiting neither heaven nor hell, characterizes too Snow’s use of materials. Discarded toys, cultural waste, the byproducts of social decay and ephemerality, are given a second life, encased under a plexiglass mantle of recycled creativity, regenerated, and yet ultimately inert. No longer worldly, they have transcended the terrestrial sphere, and will remain in the interstices of Snow’s phenomenological vision, arrested in climactic anticipation forever. 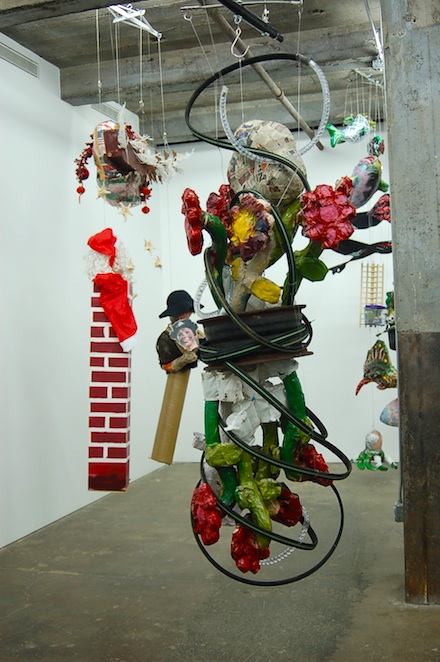 Agathe Snow works in sculpture, installation, video, and performance—commandeering the conceptual range of different genres to create vivid environments that pivot on viewer interaction and engagement. A prominent figure of the Lower East Side New York art scene, she is known for her guerrilla dinner parties, staging 24-hour Dance-a-thons, and for constructing idiosyncratic narratives and fictive worlds through multi-media installations, often composed of recycled materials and the discarded artifacts of her urban context. Themes of disorder, dysfunction, and ultimately survival and rebirth conceptually characterize her work, fabricated within an insistently social framework that upholds a belief in the redemptive power of art and community within a materially and psychologically decaying society. She recently held solo shows at the Guggenheim Berlin (2011) and Jeu de Paume, Paris (2009), the New Museum (2009), and was included in the 2008 Whitney Biennial. 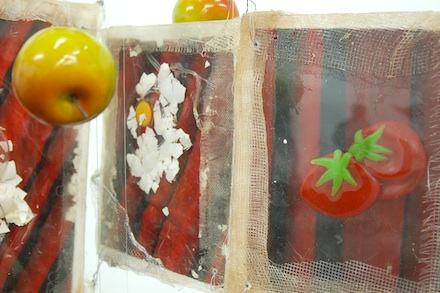 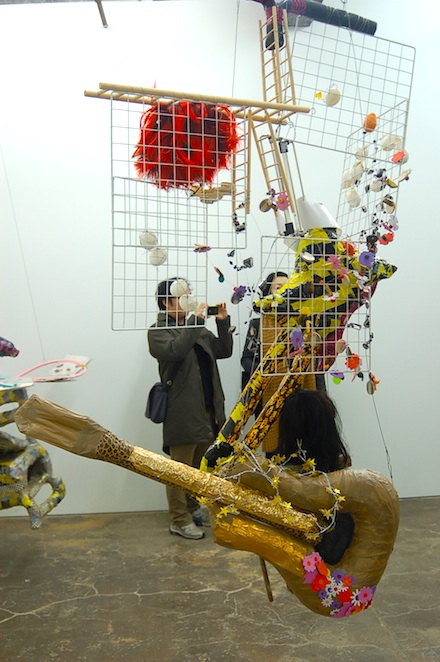 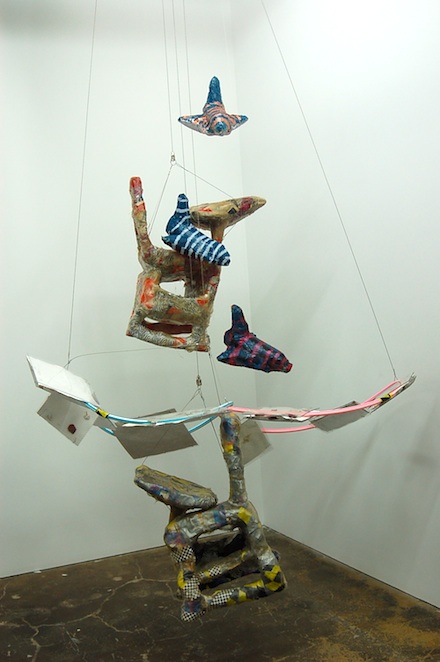 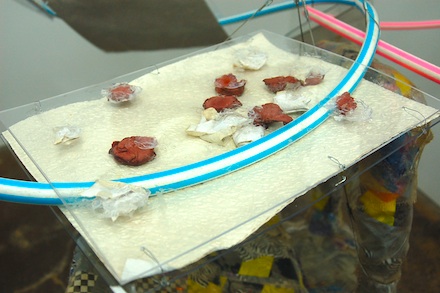 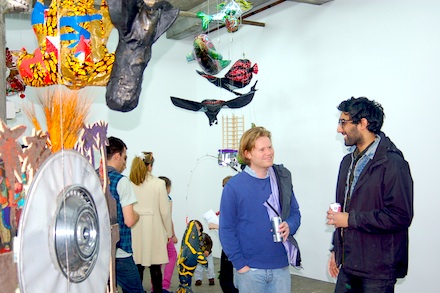 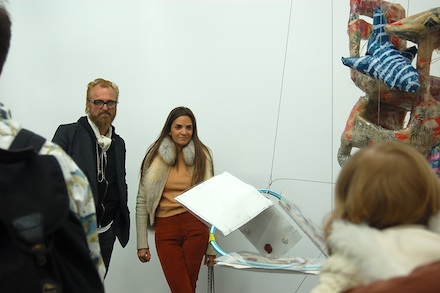 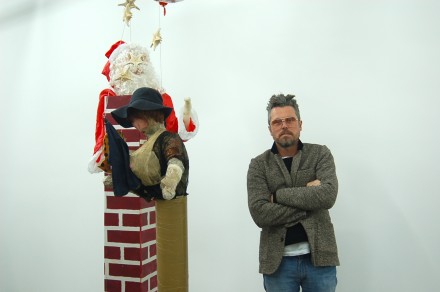 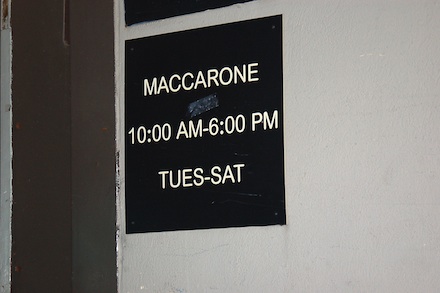 This entry was posted on Tuesday, April 17th, 2012 at 5:12 am and is filed under AO On Site, Art News, Go See. You can follow any responses to this entry through the RSS 2.0 feed. You can leave a response, or trackback from your own site.