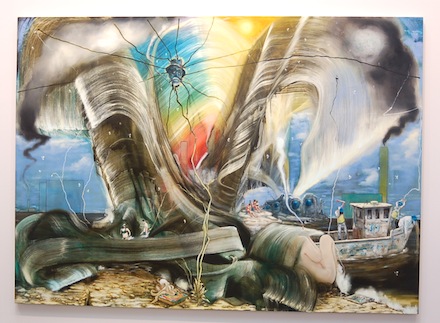 Andrea Rosen Gallery in Chelsea is currently showing Nigel Cooke’s 4th solo show in the multi-room space. Cooke was on hand at the press preview to speak about the ten new paintings that marked for the artist a move into a much more dynamic and engaging direction. The press release references de Kooning‘s infamous “No Holidays” quote—that none of his work should ever have a caesura, that work should be an endlessly ongoing practice. Cooke displays reverence to that adage; every work is “three paintings in one.” Conceived by first laying a figurative layer full of characters and interaction, followed by sweeping obscurative strokes, and then capped by an attempt to rearrange order from the chaos induced—flushing out imagined smoking flower women, tree branches, and odd clown-skull masks. 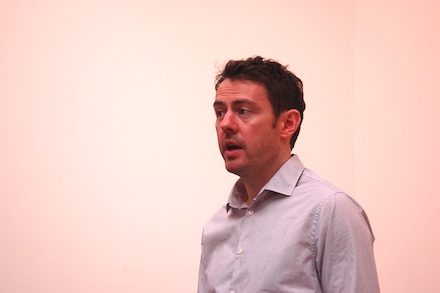 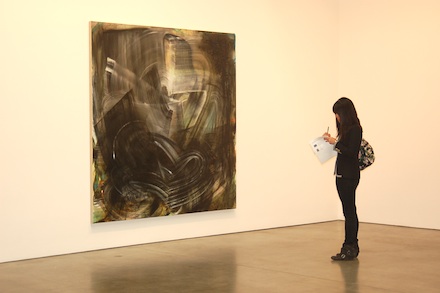 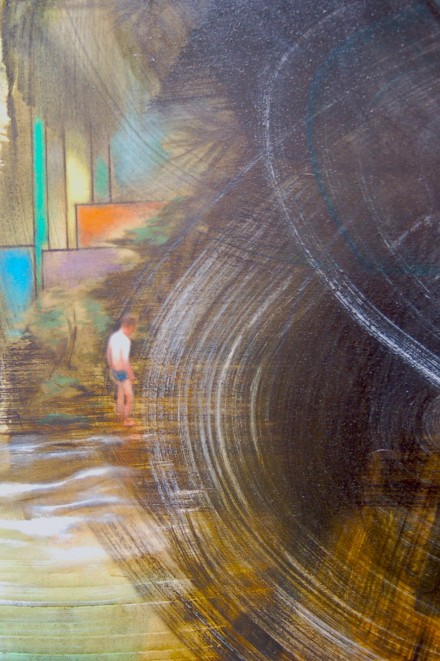 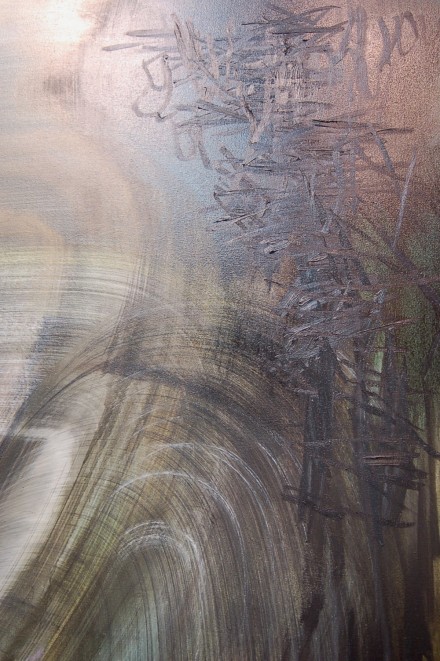 Cooke is speaking to “an involved frontier space,” “the edge of cultural or physical realms” and the intriguing relationship between “the painting of nature and the nature of painting.” His works seek to be mutually supportive; most are set by the water and yet use strokes reminiscent of waves and water to abstract the content of the pieces. 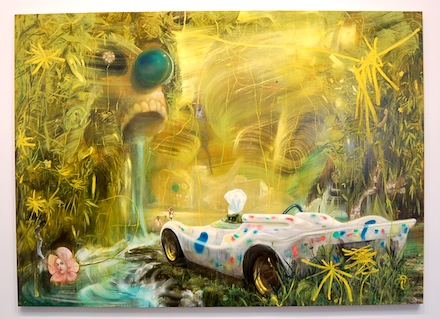 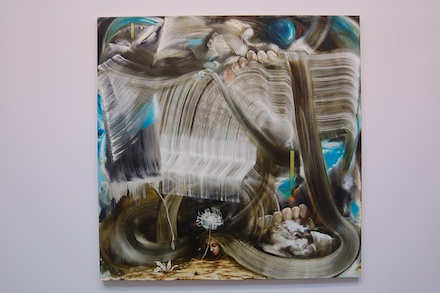 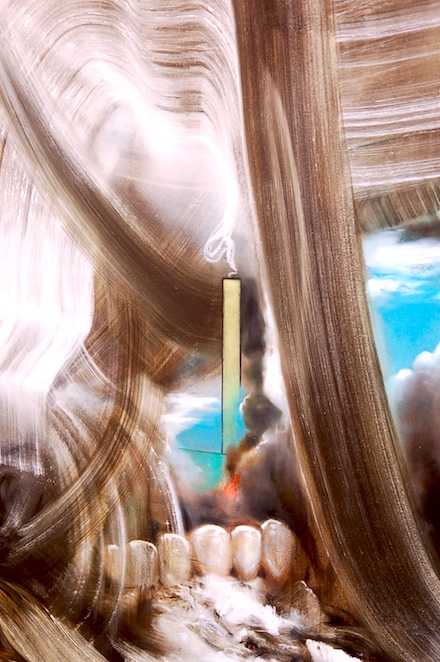 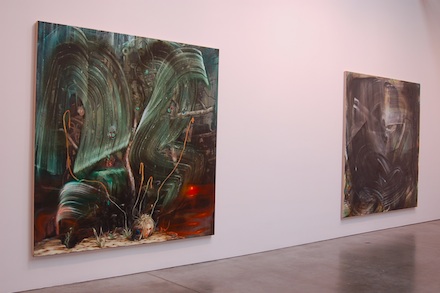 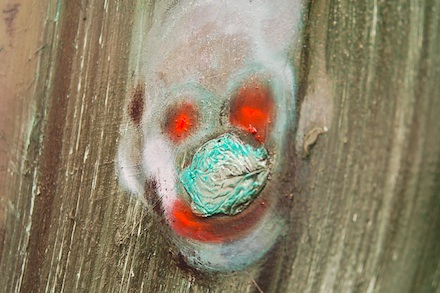 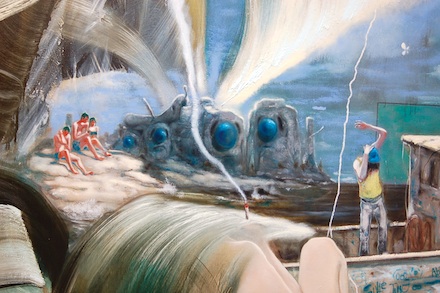 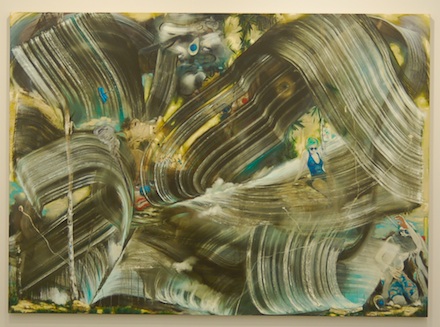 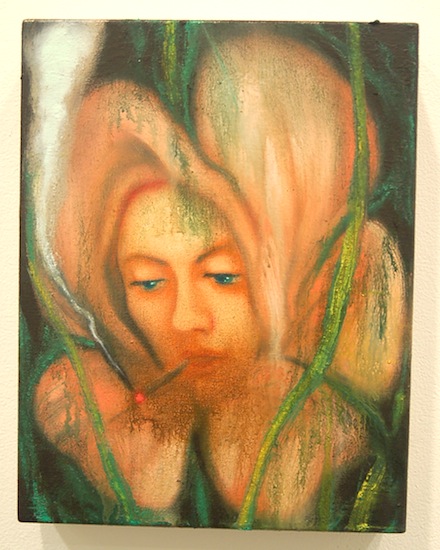 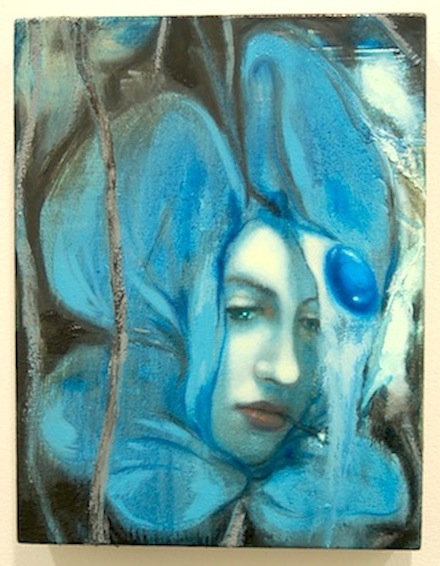 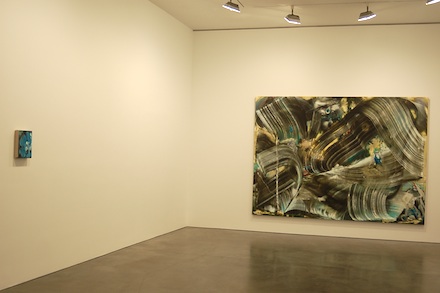 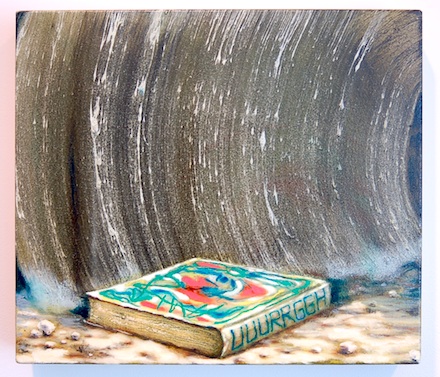 This entry was posted on Tuesday, April 10th, 2012 at 8:20 pm and is filed under Art News, Go See. You can follow any responses to this entry through the RSS 2.0 feed. You can leave a response, or trackback from your own site.