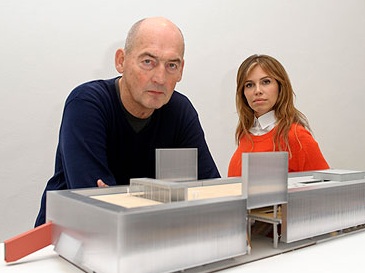 ‬Dasha Zhukova’s Garage Center for Contemporary Culture to renovate a 1960s prefab concrete structure with architect Rem Koolhaas for new 5,400 sq meter ‘Garage Gorky Park’ in Moscow, “we have these traces of Russian history as a partner of the art.”

Read article via The Guardian

THE HOT SPOT FOR Latin Lovers

Chicago Sun-Times August 22, 1990 | Monica Eng Soccer may not be your game, but if you’re game for inexpensive authentic Latin food, it may be time for new kicks.

Around Cricket Hill at Wilson and the lake and in Humboldt Park at North and California, those in the know – namely, Latinos – congregate on weekends for the sport and the food.

But that ol’ adage – if you enjoy it, it must to be fattening or illegal – holds true here. Marilyn White of the Chicago Park District’s concessions department says, “Some of the vendors at Wilson and the lake and in Humboldt Park have licenses, but most are illegal.” If you want to be daring, follow us to Cricket Hill. (Gringos shouldn’t be intimidated; most vendors speak at least a little English). Exit on Wilson, and turn east:

1. Our favorite trailer, the first found on Wilson, is labeled La Antigueita. This refers to someone from the capital of Guatemala, not the island in the West Indies. Try a Guatemalan creation called a pupusas, a fried, meat-filled cornmeal and flour patty wrapped around pickled vegetables, for $1.50. It also serves platano maduro, a scrumptious, cooking banana fried and served with sour cream for $2. We give this 3 1/2 tacos out of four.

2. Next, directly south across the park, is a family affair. On tables and a small grill, you’ll find tacos de carne asada, chicharron and chorizo (grilled steak, pork rinds, spicy sausage) for $1.50. There’s also mangos peeled and sliced like flowers on a stick for $1.50. And if you are thirsty, try agua de sandia, a big cup of refreshing watermelon juice for 75 cents. 3 tacos.

4. Across the park west is a cluster of three stands in a 200-yard area. The first says Chicago Park District on it and sells good burritos, excellent tacos de carne asada and tortas (buns with taco filling) for $1.50 each. 2 1/2 tacos.

6. Cross the park going south, past the soccer field, to one of the cheapest and biggest tacos in the park. From a lonely white trailer, a woman serves up bulging tacos de carne asada. In addition to the typical beef, lettuce, tomato and onion filling, these also are filled with rice, beans and guacamole – all for $1.25. 2 1/2 tacos.

Make sure you save room for dessert. There are plenty of carts selling big sorbet and ice cream bars called helados finos (mixtures of real fruit, juice and cream frozen on a stick). Flavors include mango, coconut and tamarind for 60 cents. 4 tacos.

This entry was posted on Friday, April 27th, 2012 at 4:44 pm and is filed under Art News. You can follow any responses to this entry through the RSS 2.0 feed. You can leave a response, or trackback from your own site.