Los Angeles: Elizabeth Peyton at Regen Projects through May 12, 2012 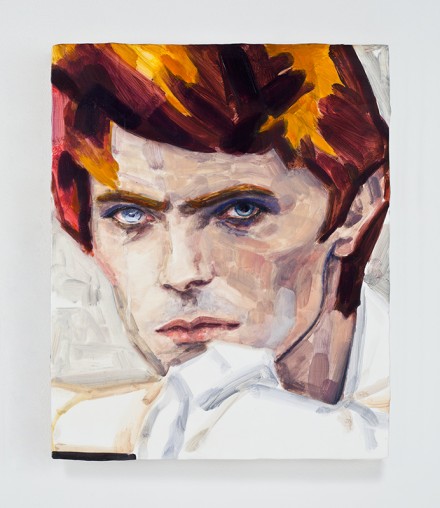 Currently on view at Regen Projects is the sixth solo exhibition of works by New York-based painter Elizabeth Peyton. Peyton, who rose to fame in the 1990s for her portraiture of rock stars like David Bowie, Kurt Cobain, and Keith Richards, delivers in her most recent paintings the twin pillars of accessibility and devotion that have come to characterize her practice. 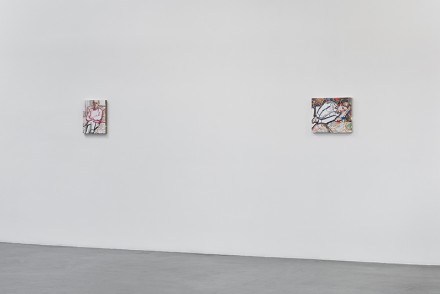 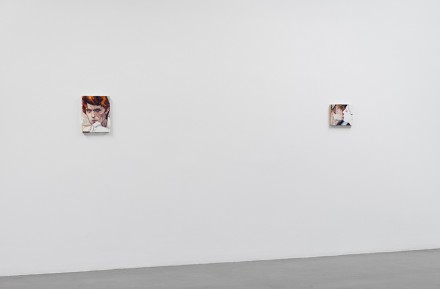 These two ideas play out on various levels in Peyton’s works. Indeed accessible for the mass appeal of their subject, they are also made accessible by the small, intimate scale at which Peyton works, placing these larger-than-life characters into a more intimate relationship with the viewer. Their size, somewhere between that of a full page magazine editorial and a mass-produced poster, locate the images in the format in which the “stars” are generally accessed. 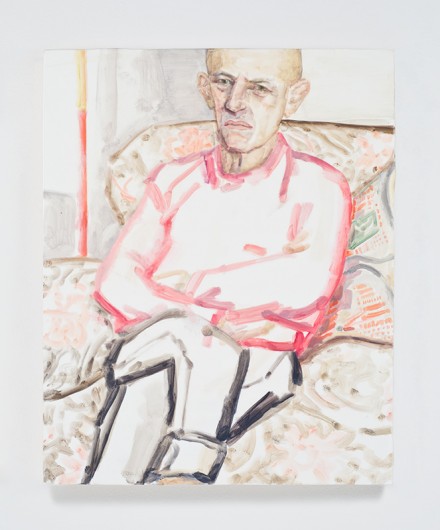 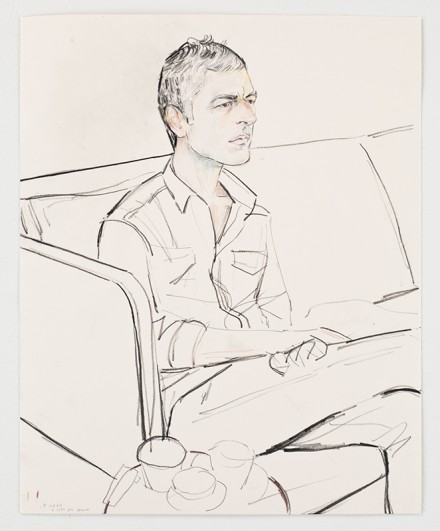 Peyton’s works have frequently been compared to those of the Pop movement giants David Hockney, Alex Katz, and Andy Warhol (Katz actually making an appearance in a small oil painting on panel at Regen Projects). While working with a 1960s figurative take, Peyton’s works are also deeply influenced by much earlier painting practices as well. 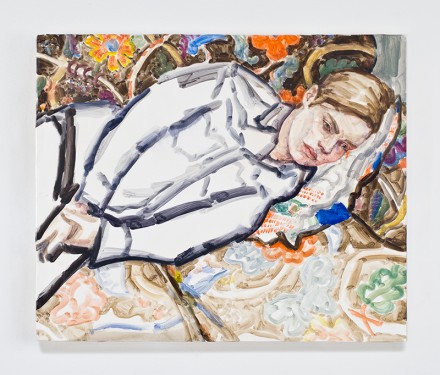 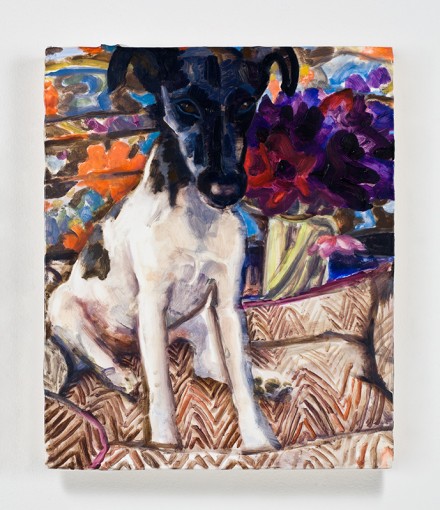 ‘Devotion’ is often described in Petyon’s work in the sense that a teenage girl is devoted to her celebrity idols; a reading which, however, flattens out the complexities involved in Peyton’s devotional practice. It is not necessarily just Peyton’s devotion to the celebrities that is being depicted, but her commitment to histories of modernist painting. Merging the figure with the ground and allowing patterns of color and texture to overtake both, as in Klara (2012) or Felix (2011), Peyton’s recall the compositions of Eduard Vuillard’s Symbolist works and Henri Matisse’s well-known Fauvist investigations. 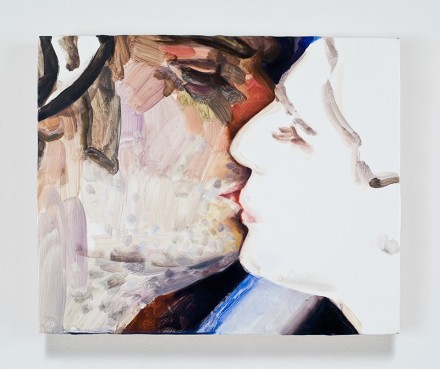 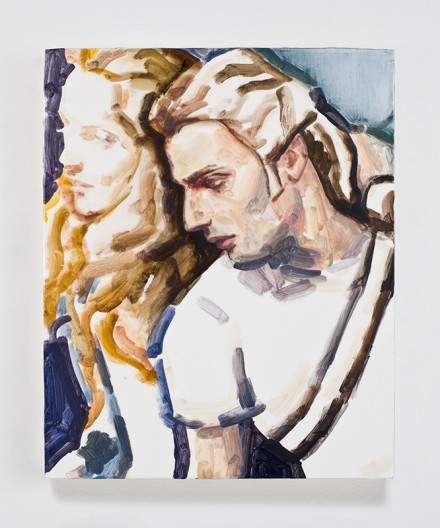 Moreover, Peyton’s use of photographic cropping to frame space, like in What Wondrous Thing Do I See…(Lohengrin, Jonas Kaufmann) (2011–12) or Die Walkure (2011 MET Opera) Jonas Kaufmann, and Eva-Maria Westbroek (2011–2012), points to the influence of Edgar Degas; and the levels of photography occurring within a single image reflect the works of the Photorealist movement and figures like Audrey Flack. While seemingly simple portraits, the works function within the long history of painting.

This entry was posted on Wednesday, April 25th, 2012 at 12:01 am and is filed under Art News, Go See. You can follow any responses to this entry through the RSS 2.0 feed. You can leave a response, or trackback from your own site.