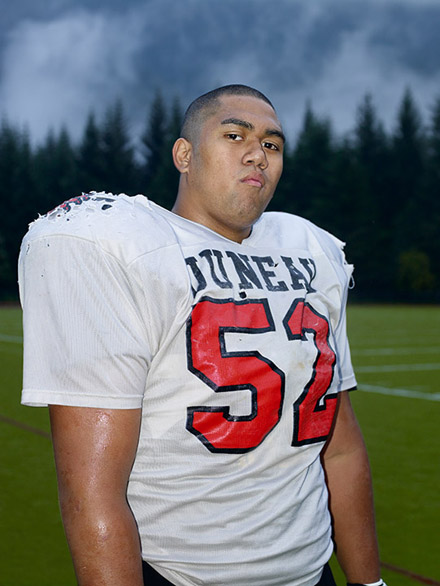 Catherine Opie’s current exhibition, the photographer’s first since joining the roster at Mitchell-Innes & Nash, is on view now at the gallery’s Chelsea location in New York City. Shot from 2007-2009, High School Football, consists of large-scale portraits and landscape shots of playing fields. Through the American ritual of football, the identities of young athletes are displayed intimately, both individually and as teams. 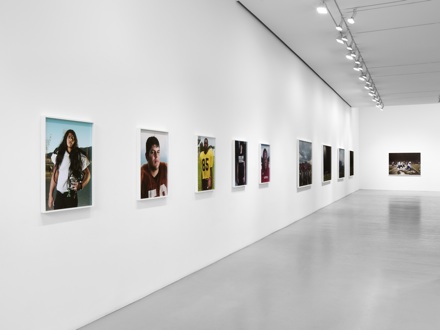 Opie documents players found in communities reaching across the United States from Texas to Alaska, her subjects linked by their developing sense of masculinity. Though each player assumes their role on the field armored in helmets and padding, their bodies and faces appear somewhat vulnerable in their transition toward adulthood. Opie’s individual portraits contrast the players against one another, exploring stereotypes long attached to the sport. 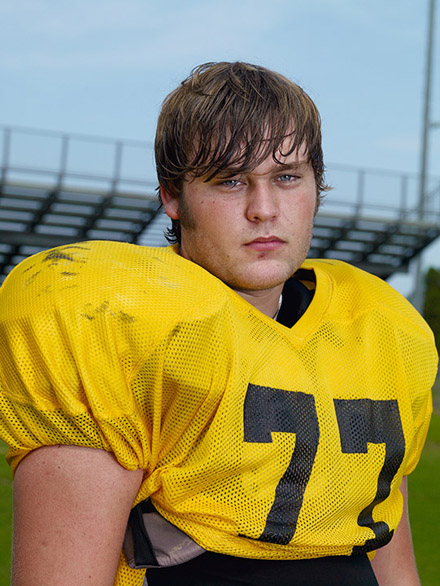 In Faifo, we are introduced to a player with “Juneau” proudly bannered across the front of his jersey. His lips are pursed with dark eyes locked onto the camera’s lens. Behind him are sky and trees in saturated colors, referencing classical portraiture with a militaristic quality. This is contrasted with Opie’s Broc, which shows a pale-eyed blond. His jersey is dirtied from the field, and his still boyish features—not quite defined—are haloed by hair wet with sweat. His eyes miss the camera, and he seems consumed by the heavy gear padding the adolescent form beneath. 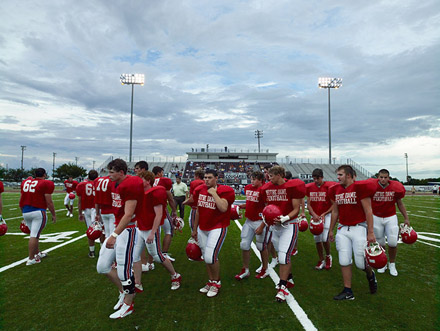 In Landscape #3 (Notre Dame vs. St. Thomas More, Lafayette, LA) Opie presents a view of an entire team: boys dressed in uniform, walking off their field. Their individual faces are obscured by Opie’s distance, united as a single entity ready to compete. The photograph drips with physical and emotional expectation, compounded by the large crowd filling the stadium in the distance, and the ominous sky above. 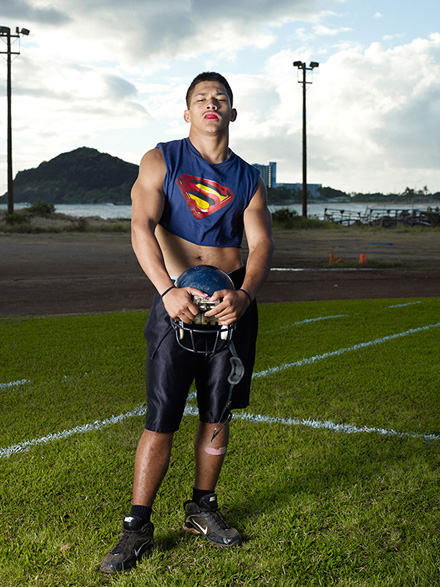 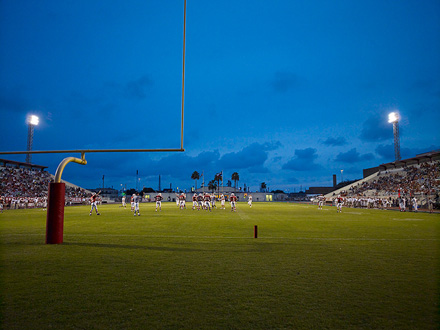 In High School Football, Opie continues a trajectory found in other work, exploring gender sterotypes, community, and identity. She uses football as her aesthetic backdrop and vehicle, finding subjects engaged with their sport, their peers, and their own masculinity at a pivotal stage of adult development.

This entry was posted on Tuesday, April 10th, 2012 at 2:40 am and is filed under Art News, Go See. You can follow any responses to this entry through the RSS 2.0 feed. You can leave a response, or trackback from your own site.