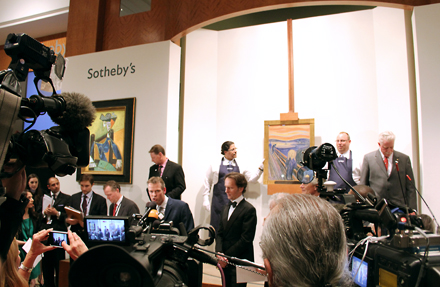 Simon Shaw holds a press conference after the Sotheby’s Impressionist and Modern Art Evening Sale. All photos by Aubrey Roemer for Art Observed unless noted.

Last night, in a packed salesroom filled with press, chairs, spectators, and security Sotheby’s launched the second major sale of the May auction season. This Impressionist & Modern Art Evening Sale was a tour de force – the blue chip art market broke several records with staggeringly high sales. Foremost, the world record for the highest price ever paid for an artwork at auction was set at $119,922,500 for Edvard Munch’s The Scream. The bidding for The Scream started eagerly and anxiously all over the salesroom, but ended with 7 buyers competing until an undisclosed buyer won. Charles Moffett, Sotheby’s Vice Chairman executed the winning bid. In a post-auction press conference, Simon Shaw, Sotheby’s Head of the Department, said of the sale “it was the single greatest draw in his career.” Sotheby’s Co-Chairman of Impressionist and Modern Art, David C. Norman stated it was “the most exciting sale” of his tenure. Additionally, this was the highest earning Impressionist and Modern Art Sale ever held at Sotheby’s bringing in a total of $330,568,500. It is their second highest sale ever, after a Contemporary Art sale held previously in New York. 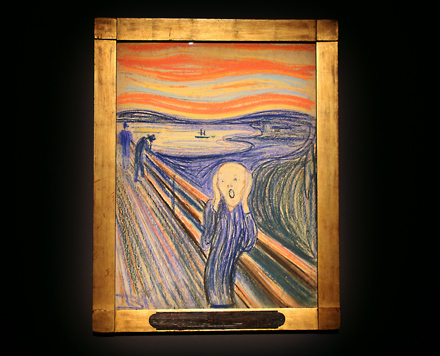 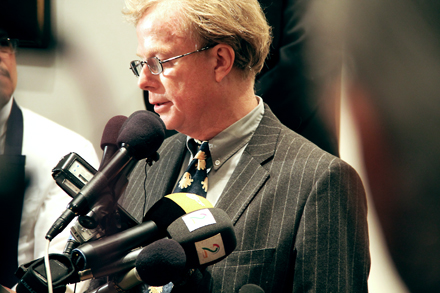 Petter Olsen speaks about The Scream.

After the sale, Petter Olsen, The Scream’s former owner, gave a speech to the crowd. He discussed how this work of art deals with love, anxiety, and death, namely approaching and anticipating death. Slowly, he turned the conversation towards his environmental concerns, suggesting that Munch had created this piece as a premonition of what man would do to the planet. He suggested that the painting was reflecting “the great scream in nature.” After expressing these thoughts, he spoke about his plans to utilize the money from the sale. The 150 year anniversary of Munch is approaching, and to celebrate he is building a gallery, as well as restoring Munch’s house and studio. When questioned how it felt to sell the most expensive painting ever at auction he replied ” yeah, I’m pleased with that,” which garnered many laughs. 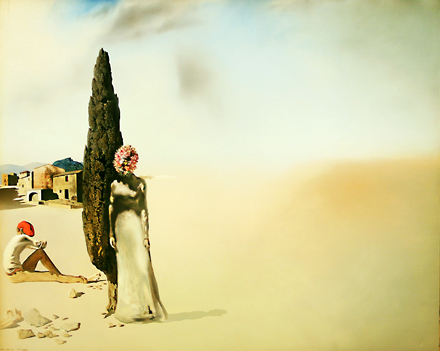 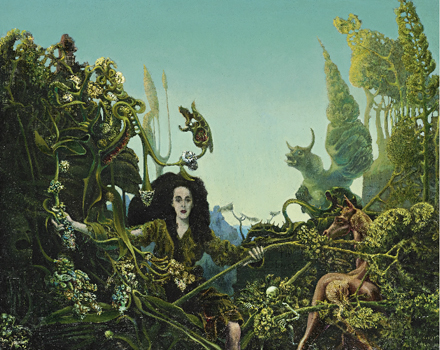 Among the other highlights from the sale, two items soared above their estimates. Most notably is Salvador Dali’s Printemps Nécrophilique, which sold for $16 million, well over it’s high estimate of $12. This small and expertly rendered painting was the third highest grossing work of the entire sale. Norman remarked to the press that Surrealist works were of high demand in the market. Further solidifying this position, Max Ernst’s Leonara in the Morning Light sold for $7.9, which is well above it’s high estimate of $5 million, and was the eighth highest grossing lot. 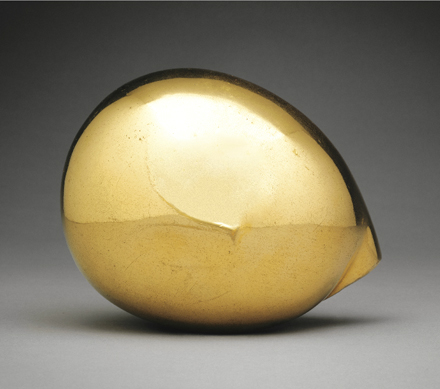 Constantin Brancusi’s Prométhée was among the marketed highlights, and it achieved $12.6 million – 4 million more than it’s high estimate of $8 million. Shaw expressed his delight in the fact the Sotheby’s had the opportunity to offer such a fantastic work to the market. 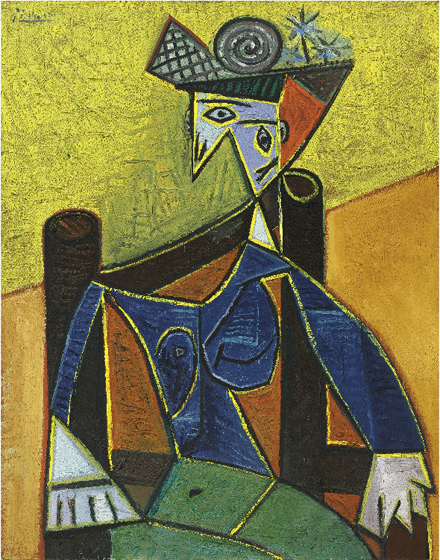 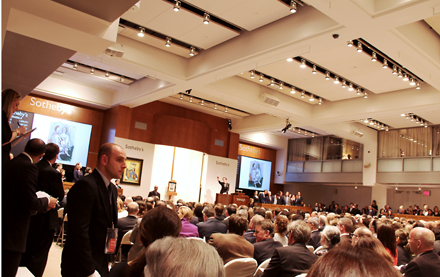 View of the Salesroom. 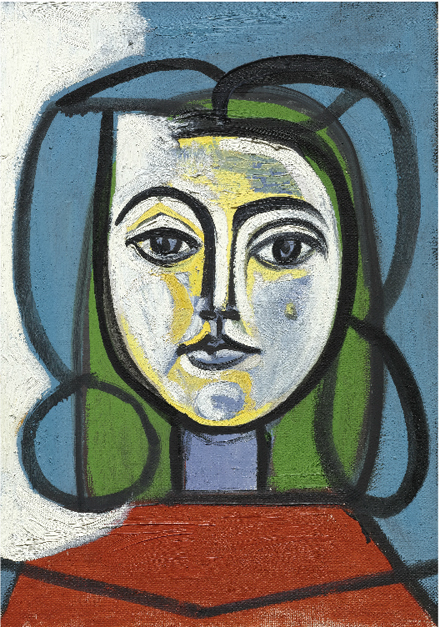 The second highest pre-sale estimate was $20 – 30 million for Picasso’s Femme Assise Dans Un Fauteuil, which obtained $29 million, just shy of it’s high estimate. It was the second highest grossing artwork sold in this Impressionist and Modern Art Evening Sale. It was a slow bidding war for this painting, which was displayed in the salesroom. Additionally, two small Picasso’s on paper sold for double their high estimate in very aggressive bidding. Deux Femmes was estimated between $600 – 900,000, and it sold for over $2 million. Baigneuse Au Pouf Rouge was thought to achieve $700,000 – 1 million, and it brought in $2.7m. Both are stunning images of females, which happens to be exactly the kind of Picasso that has caught the collecting community’s interest. The nineth highest grossing work from this sale was Picasso’s Tête De Femme, which sold for $6.9 million, above it’s high estimate of $6. These sales reinforce the definitive trend of renewed interest in Picasso’s paintings of his muses and lovers. 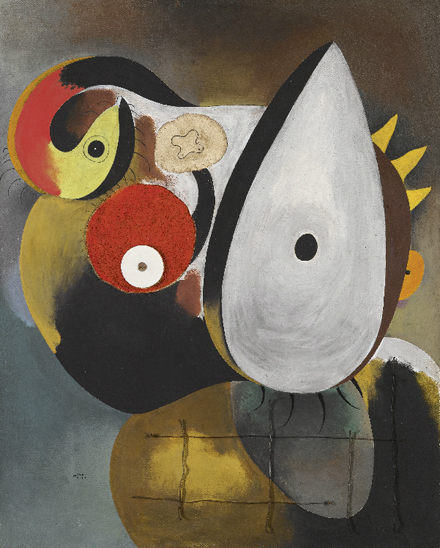 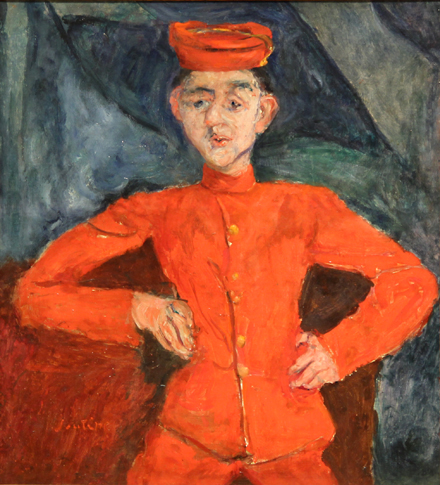 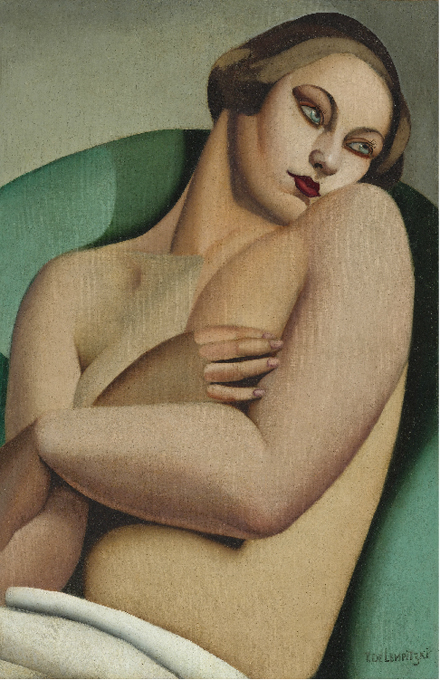 Of the 76 lots offered 61 of them sold. Most of the passes came at the second half of the sale, particularly at the end. People began leaving the salesroom soon after The Scream was auctioned, and continuing in a steady stream until the end. Nearly all of the last ten lots were passed on, it was as if people had lost their buying and viewing stamina. At the end of the sale, auctioneer Tobias Meyer quipped “last lot of tonight, which I have a feeling we are going to sell,” making light of the consistent passes. In tandem with the rest of the evening, lot 76 – Jean Arp’s Sculpture Classique sold for $1.5 million, well above it’s high estimate of $700,000. 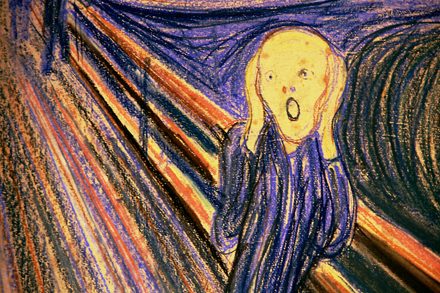 This entry was posted on Thursday, May 3rd, 2012 at 8:44 am and is filed under Art News. You can follow any responses to this entry through the RSS 2.0 feed. You can leave a response, or trackback from your own site.