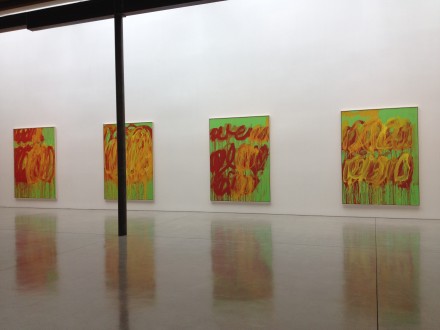 The Last Paintings and Photographs of legendary 20th century artist Cy Twombly, currently on view now at Gagosian Gallery, include some of the final paintings by the artist, as well as a large collection of photographs amassed over nearly 60 years. 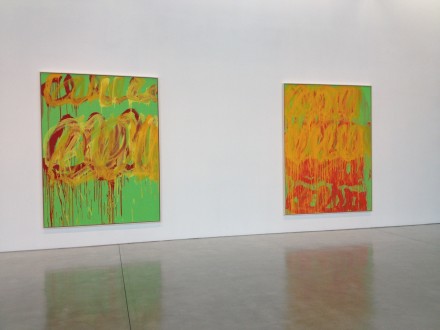 The two exhibitions pay tribute to the late artist, whose idiosyncratic paintings have helped to shape the course of art since the mid-20th century. Known primarily for his role in Abstract Expressionism, Twombly continued to create energetic studies of individual action and reflection up until his death last year. 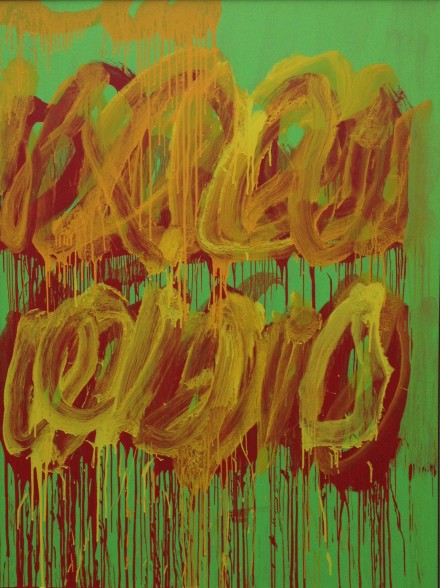 The Last Paintings includes eight untitled works from 2011—all known under the moniker Untitled (Camino Real)—which are closely related to the Camino Real group that inaugurated Gagosian Paris in 2010. At nearly 100-inches tall, these large-scale works on plywood stand as records of a human scale action. The full-bodied momentum of the circular gestures is sped up by the intensity of the complimentary colors. The bold orange, yellow, and red marks on a neon green background seem to make the surface flicker with energy. 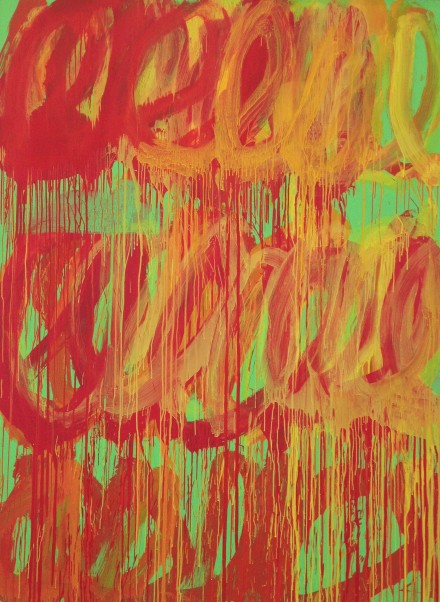 This phantasmagoric motion perhaps points to title, Camino Real, which references the 1946 play, 10 Blocks on the Camino Real, by Tennessee Williams. In the play, Williams’s constructs a fantastic narrative exploring greed, corruption, and indifference that is set on a long highway in a vaguely Latin American police state. Overtly symbolic and yet non-linear, Williams’s Camino Real shares with Twombly’s paintings of the same title a freedom of imagination, and a refusal to be restricted by any single reference. 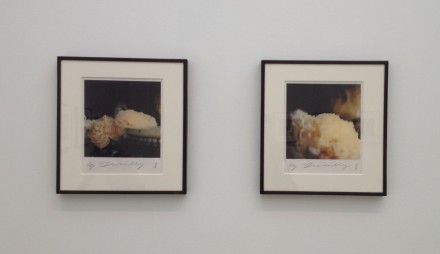 This freedom to explore is evidenced in the collection of 100 photographs, which are on view alongside the eight paintings. Dating back to the 1950s and extending up through the last years of the artist’s life, the photographs show Twombly’s wandering eye and his persistent observations of his own surroundings—from the seaside city of Gaeta in which the artist lived in his later years, to his studio, his travels, the plant life around him, and even his jars of paintbrushes. 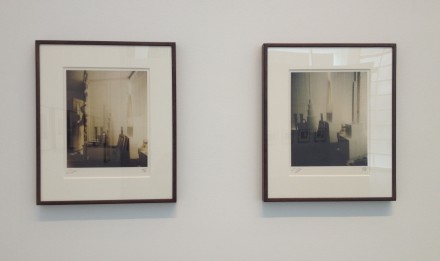 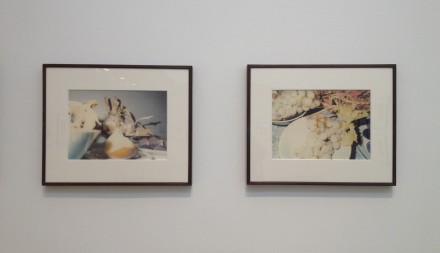 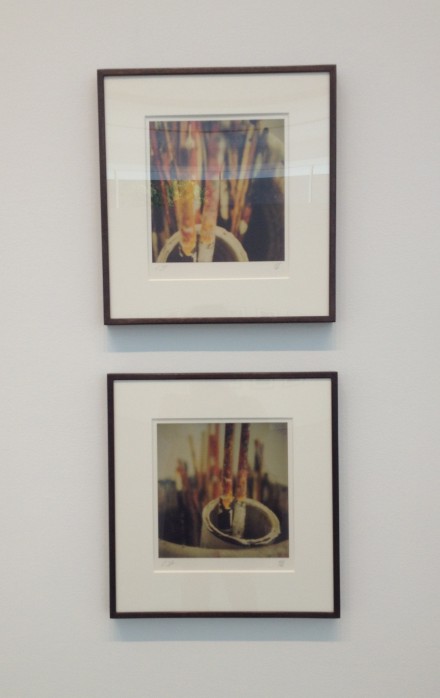 The soft edges, diffused lighting, and velvety surface of Twombly’s photographs occupy a similar chimeric space to that we find in his paintings. It is a space where the classical and the contemporary elegantly collide. After Los Angeles, this exhibition will travel to Gagosian Gallery locations in Hong Kong, London, and New York throughout 2012.

This entry was posted on Saturday, May 5th, 2012 at 11:43 pm and is filed under AO On Site, Art News, Go See. You can follow any responses to this entry through the RSS 2.0 feed. You can leave a response, or trackback from your own site.