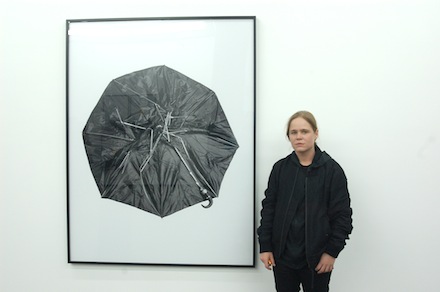 New York-based artist Hanna Liden’s show Ghost Town is on now at Maccarone Gallery in the West Village. The show features mixed media sculptures, installations, and photographs; most of which represent Liden’s recent work steeped in a visual language specific to downtown Manhattan. However, three photographs of a female Greco-Roman style sculpture belong to a previous body of work that Liden has been waiting to showcase. These photos, with the close-up of the engraved graffiti on the body of the sculpture, are imbued with the same urban specific aesthetics that comprise the rest of the show. 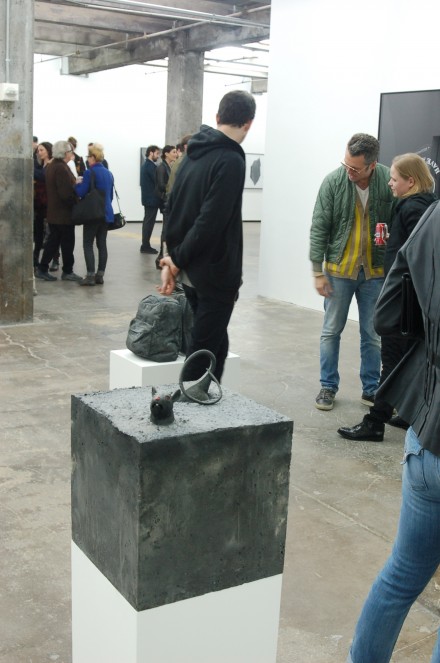 Liden was born in Stockholm, Sweden and moved to New York to attend Parsons School of Design. She has always been fascinated by her surroundings, and takes a special interest in the common, or even discarded, items and materials that most people ignore. While conceptualizing the various pieces in this exhibition, Liden was inspired by objects that are commonly found in the streets of lower Manhattan, or more specifically, by the objects that she often sees walking between her home and studio. A rubber rat toy that she purchased from a store sits submerged in a block of concrete atop a white plaster pedestal with four wheels on the bottom. Only the head and backend of the synthetic creature can be seen above the concrete and the wheels grant the structure mobility; perhaps meant to mirror the real animal’s ability to move quickly through the city streets. 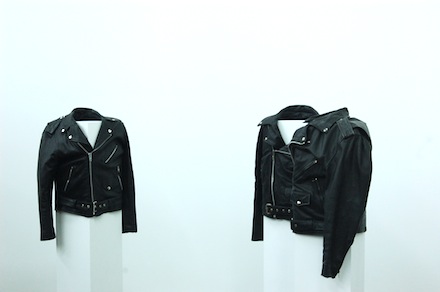 Like the rat, multiple leather motorcycle jackets sit secured around white pedestals, the way that they might be displayed on mannequins in a store window. All of the jackets vary in size but since each pedestal was custom made to fit its individual jacket, they all appear to be the same size. There are also separate photographs of motorcycle jackets and umbrellas, each set against a white background and positioned to look as though they have been used and discarded (and perhaps they have). 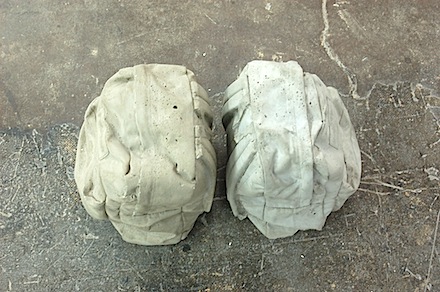 Continuing in the sculptural realm, two solid concrete black backpacks rest against each other on the top of another white plaster box, this one much closer to the ground. And a pair of lighter-colored packs sit directly on the floor. Their texture makes the backpacks appear old and worn, like the kind you might find leftover from high school sitting in the back of your closet. Liden made the conscious choice to construct the backpacks out of solid colored concrete to allow them to chip without compromising the color. 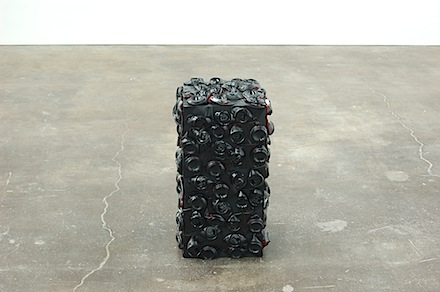 Consistent with Liden’s past work, the artistic process behind many of these pieces is intimate and multifaceted. All of the leather jackets were hand collected by Liden herself from various secondhand stores; making them that much more authentically urban. And the concrete box covered in Budweiser cans and painted black was made over time as Liden consumed each beer herself. Liden also photographed a series of herself with a quintessential New York City deli plastic bag over her face, with holes cut out for her eyes. In these photographs, she becomes both the subject and the maker of the art, as well as one with the street detritus. 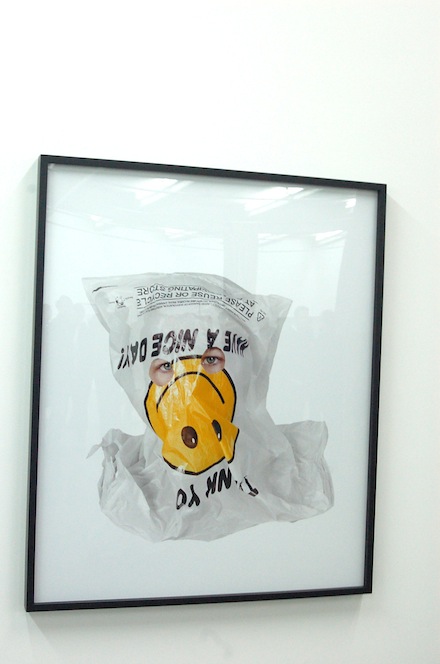 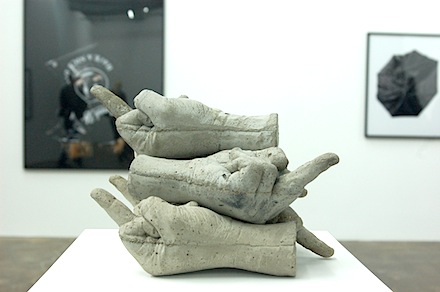 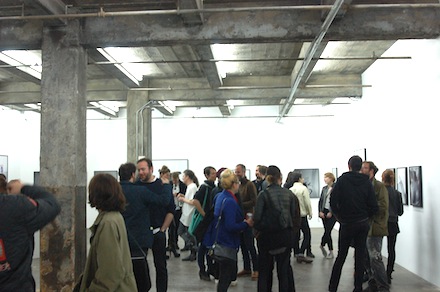 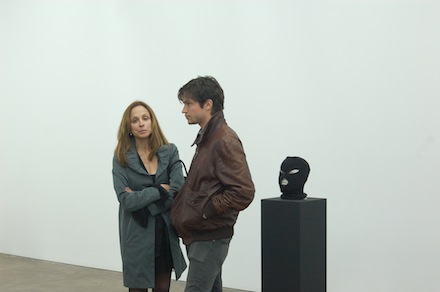 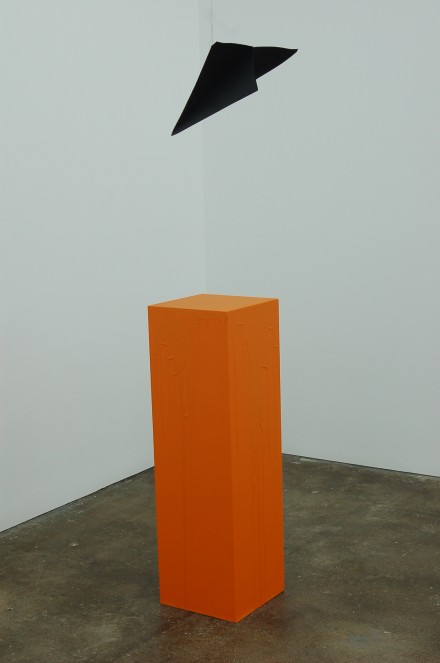 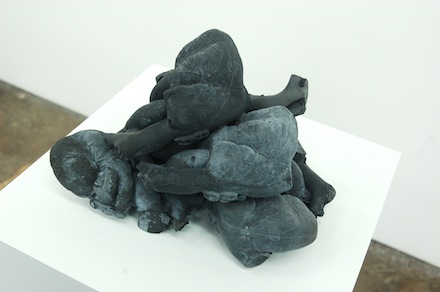 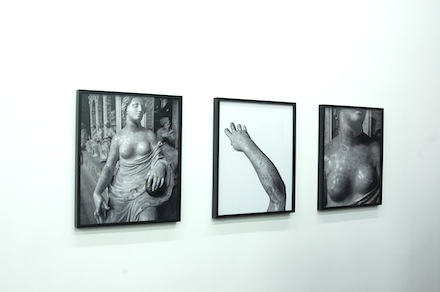 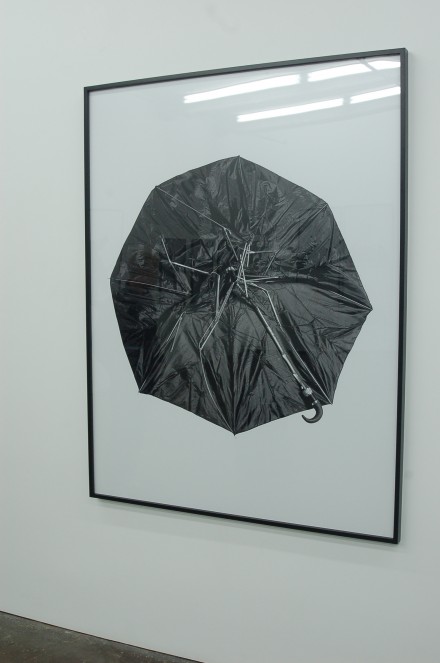 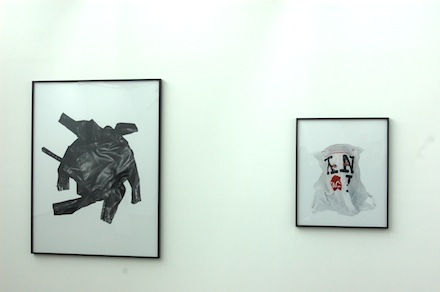 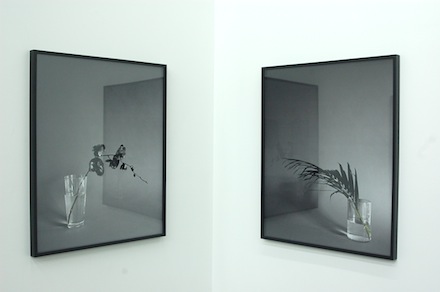 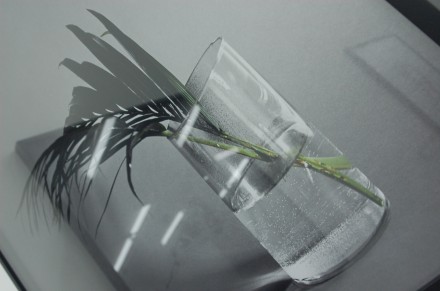 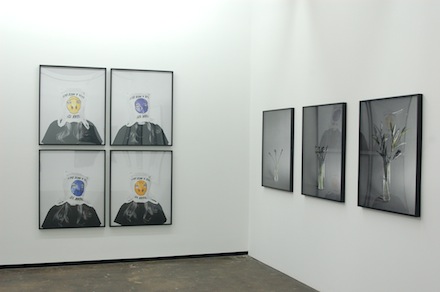 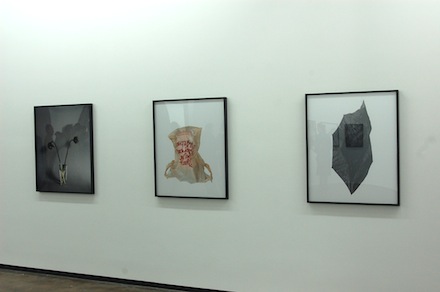 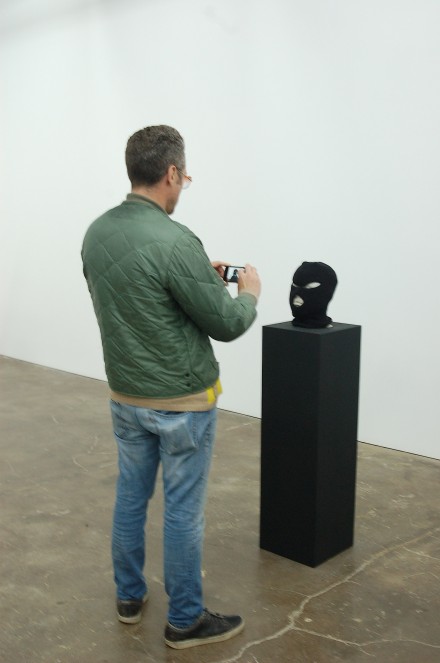 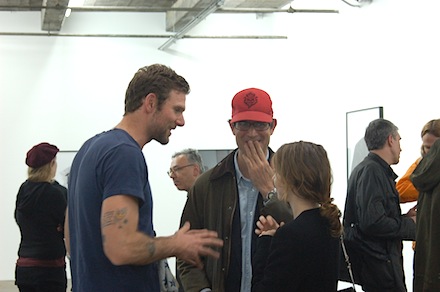 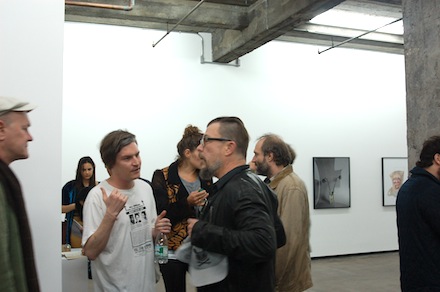 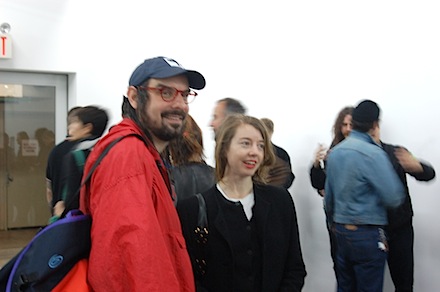 This entry was posted on Wednesday, May 30th, 2012 at 12:29 am and is filed under AO On Site, Art News. You can follow any responses to this entry through the RSS 2.0 feed. You can leave a response, or trackback from your own site.