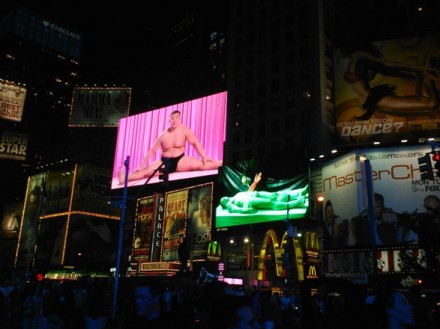 Short films by avant-garde theater director and visual artist, Robert Wilson are on view in New York’s Times Square every night through May 31, from 11:57 pm until the stroke of midnight. Wilson’s 2007 series, Video Portraits, fuses time-based cinematography with the decisive moment of a still photograph, capturing subjects such as Robert Downey Jr., Issabella Rosselini, Johnny Depp, and Macaulay Culkin. 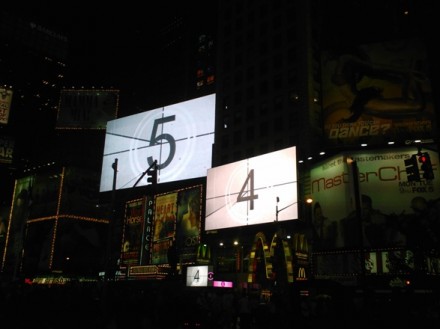 Following a 10-second vintage, broadcast-style countdown clip, Wilson’s work appears on several of the glowing megatrons perched above the city’s commercial epicenter. Set against the ubiquitous branding that surrounds them, and the ceaseless motion of lights, cars, and thousands of tourists– the seemingly static portraits are comparatively bare, and weighted with reflective pregnancy. Wilson’s intense color palette lends inescapably subversive and lurid qualities, further compounded by the almost undetectable physical transitions over the course of the three-minute work. 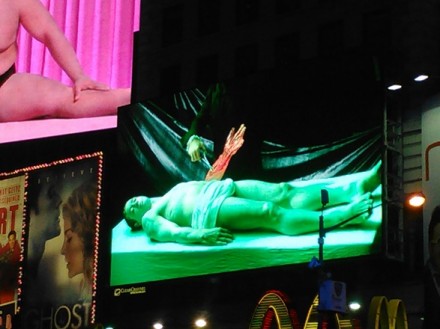 The movement of Wilson’s subjects is revealed in seductive waves, as subtle as human respiration. In the portrait of Robert Downey Jr., his lungs expand unexpectedly despite the frozen arrest of his surroundings. The scene references Thomas Eakins’ The Gross Clinic of 1875 as a surgeon works at the open anatomy of his patient, whose eyes slowly open and close in passing consciousness. Sea green light covers the body and mattress upon which it rests, suggesting illness and disease. A hanging curtain behind the figure creates variegated blacks and textures, as the arm glows orange red against the other two bars of color, stacked horizontally. 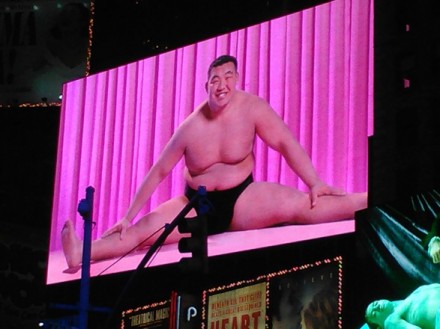 Next to Downey Jr.’s portrait is that of sumo world champion, Byambajav Ulambayar. He sits with arms and legs stretched out, creating a bold formal composition through his strong triangular shape and physical symmetry. Behind him is an almost neon, bubble gum pink curtain, closely matching the wrestler’s rosy flesh beneath Wilson’s chosen light gels. The exuberant tone contrasts the morbidity of its neighboring video, with a direct camera stare, and wide smile of Ulambayar. His smile eventually falls, as the lights are similarly dimmed–fading into shadow and darkness. 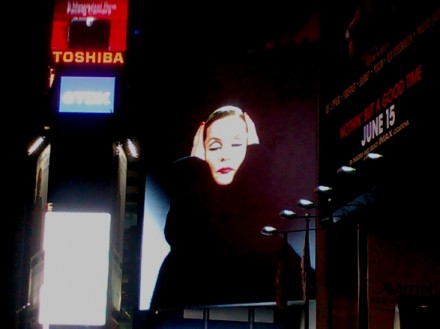 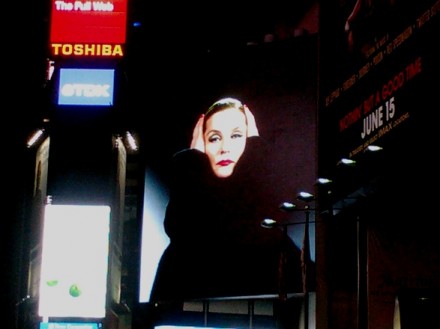 This entry was posted on Tuesday, May 29th, 2012 at 8:52 pm and is filed under Art News. You can follow any responses to this entry through the RSS 2.0 feed. You can leave a response, or trackback from your own site.