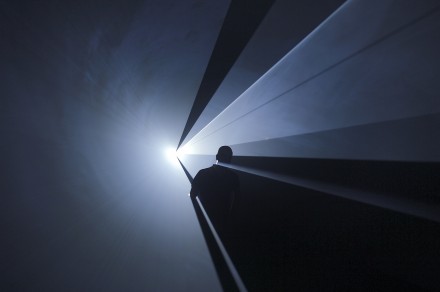 Five Minutes of Pure Sculpture, Anthony McCall’s largest museum exhibition to date is on now at Berlin’s Hamburger Bahnhof. McCall’s solid light films, such as Line Describing a Cone, from the 1970s established the artist’s reputation as being part of the cinematic avant-garde. After a break of twenty years, McCall began making films again in 2003, utilizing new technologies, like digital projection. The current exhibition consists of seven such projections; five single projections and two double projections, and of these three are horizontal while four are vertical. 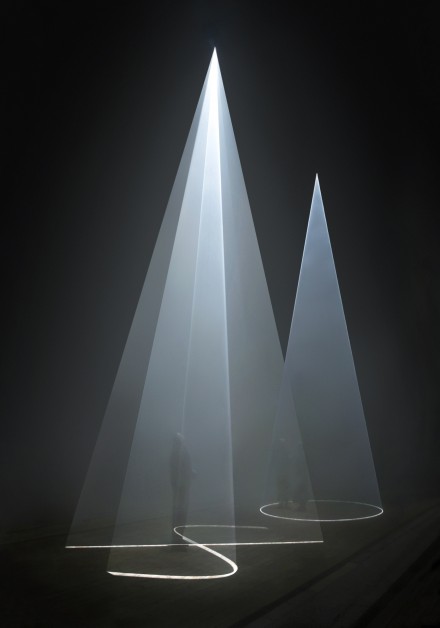 Anthony McCall, Between You and I (2006), installation view at Peer/The Round Chapel, London (2006). Photo: Hugo Glendinning.

McCall’s projections are made by animated lines that are drawing in white on black and projected onto a surface. They are usually accompanied by haze or fog. In the rear of the exhibition hall, which is a former train station, a double projection is accompanied by a soundtrack, the first such piece, produced in collaboration with David Grubbs. Spanning the past ten years of McCall’s career, the exhibition includes works such as Doubling Back (2003), You and I Horizontal (2005), Coupling (2009), and Meeting you Halfway (2009). 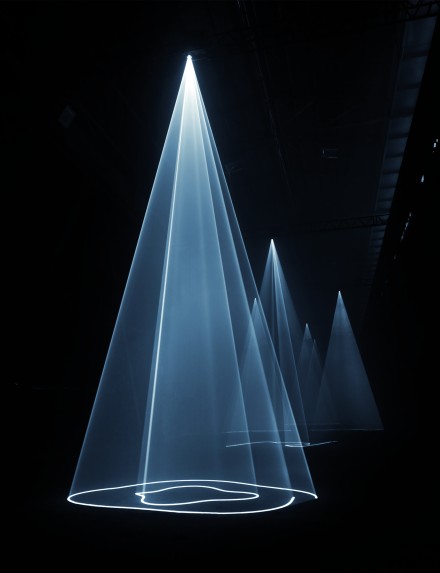 In the main area of the hall, very slowly moving lines are projected from the ceiling onto the floor where they interact and overlap. While the horizontal projections have a traditional cinematic feel to them, due to their lengthwise projection, both the horizontal and vertical projections allow the viewer to walk through them, creating a participatory atmosphere. This resonates with some of McCall’s earlier work, like Circulation Figures from 1972, in which participants moved around the exhibition space while recording it. The title of the current exhibition is taken from a series of drawings McCall produced, Five Minutes of Pure Cinema, Five Minutes of Pure Sculpture.  McCall refers to himself as a filmmaker, according to his use of projectors and early artistic activity, but his installations are more interactive in nature and are perhaps better viewed as a mixture of sculpture, cinema, and drawing. 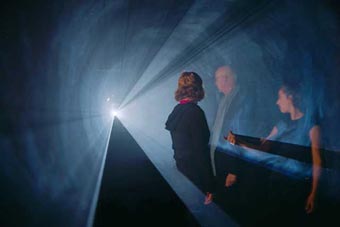 This entry was posted on Thursday, May 31st, 2012 at 12:57 am and is filed under Art News, Go See. You can follow any responses to this entry through the RSS 2.0 feed. You can leave a response, or trackback from your own site.