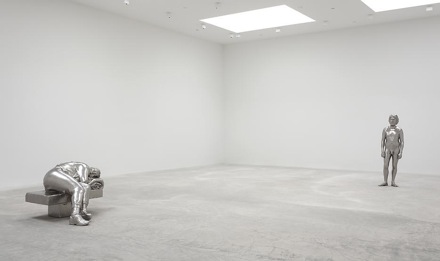 New works by Charles Ray are currently on view at Matthew Marks Los Angeles through June 23. Two stainless steel figures inhabit the gallery space; Sleeping Woman is perched on a bench with her head resting on a blanket while across the gallery Young Man stands nude, his body aligned with the sleeping woman. Ray asserts a calculated tension of space with nuanced attention to perception that has been the essence of his sculptural practice for decades. 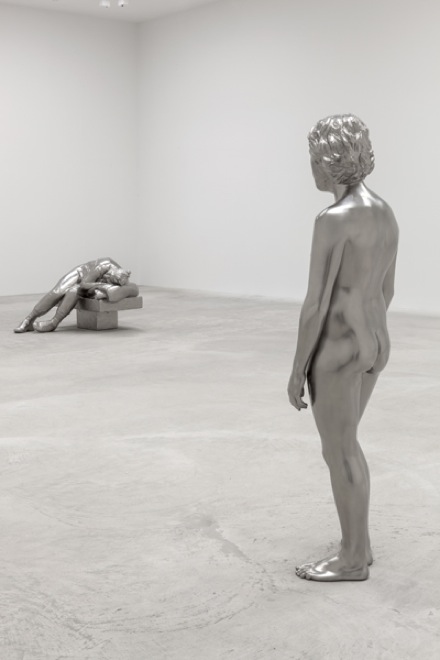 The incident between Sleeping Woman and Young Man could be a moment in time, arrested, and stripped of surrounding elements. All but two cold and weighty figures remain, a heavy question mark of physical and psychological presence in what is now an intimately shared place. 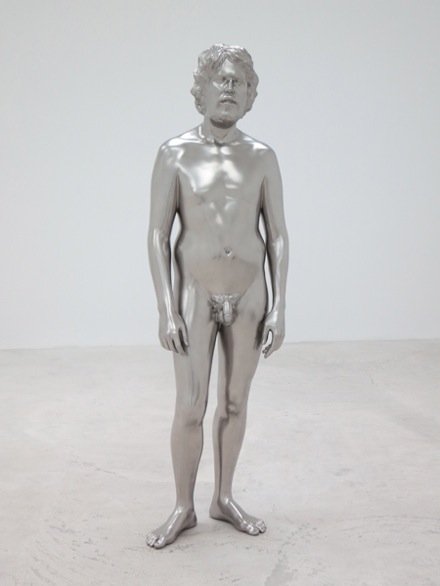 While both figures both appear relaxed in their respective statures, there is a discomfort that is created by the proximity between them, neither near nor far. Each figure’s vulnerability is amplified by the presence of the viewer. 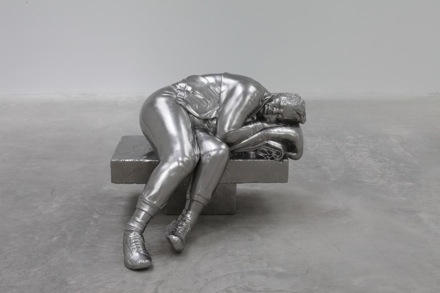 Since the 1980s Ray has created a body of work that varies greatly in style, materials, and subject that constantly disrupts the normal order of reality. His early sculptures were minimal, abstract, and at first glace offered a sense of geometry to assert that truth and lies look very much the same. Figurative works continue to investigate perception with heightened attention to the body in relation to sculpture and place. His sculpture Family Romance (1993) presents a nuclear family hand in hand; the mother, father, prepubescent son, and young daughter figures stand at the same height, despite their difference in age and development. Like Sleeping Woman and Young Man, an investigation of the bodily is at play, imbued with psychologically troubling implications. 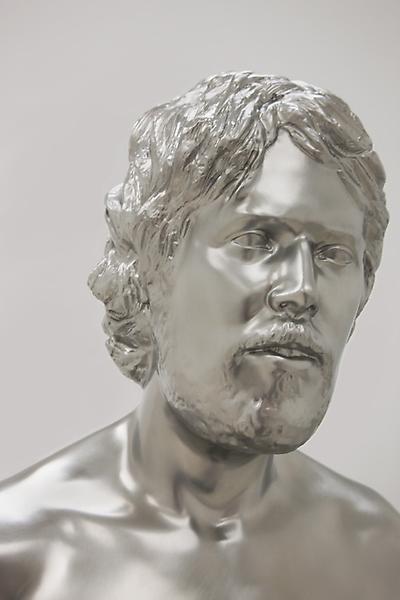 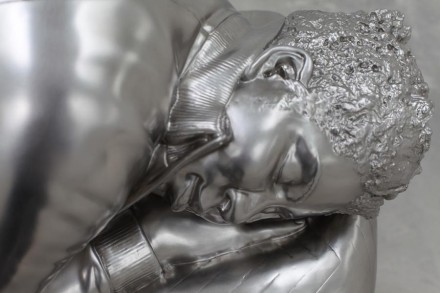 This entry was posted on Friday, May 18th, 2012 at 11:17 pm and is filed under Art News, Go See. You can follow any responses to this entry through the RSS 2.0 feed. You can leave a response, or trackback from your own site.