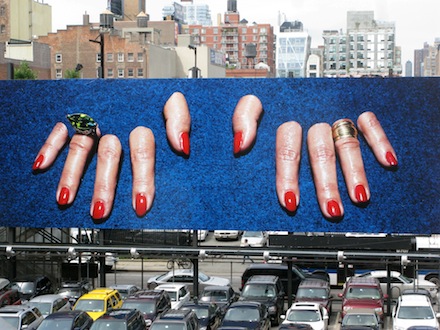 Since late last year, the Highline Park in New York’s Chelsea neighborhood has been commissioning work for the large billboard that sits alongside the elevated park at 18th Street and 10th Avenue.  In collaboration with its owner, Edison Properties, the billboard has been home to works by such artists as David Shrigley, Anne Collier and John Baldessari.  Now, the billboard is under the design of artist Maurizio Cattelan and photographer Pierpaolo Ferrari, co-heads of the Italian photography magazine Toilet Paper. 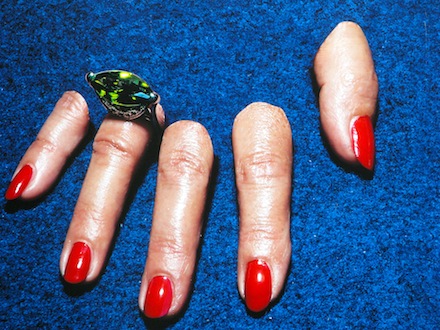 Coming off his landmark retrospective at the Guggenheim, Cattelan and his partner chose to fill the 25X75 foot space with a surreal image of glamorous but worn hands, emerging from a vivid background of blue velvet.  The vibrant color contrasts and optical illusion of dismembered fingers makes for a striking image, bizarre as it is compelling. 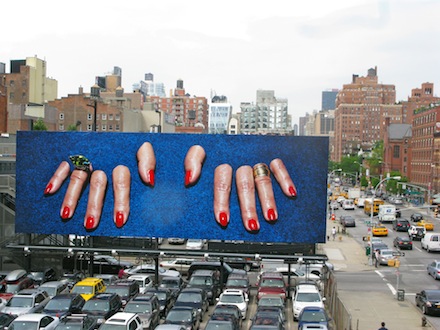 Equal parts illusion and commentary, the image slips between the conventions of art and advertising, creating a space that challenges the notions of commercial photography, while bringing its tightly composed aesthetic to the table.

The billboard is on view until June 29th. 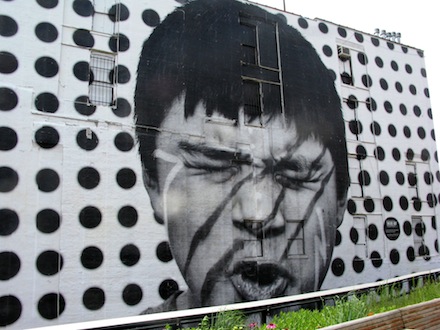 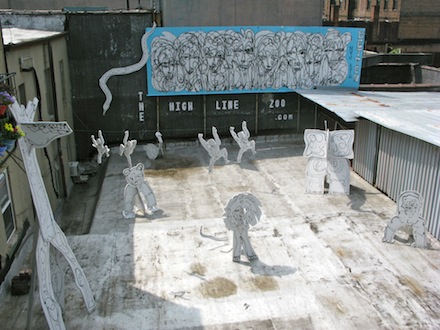 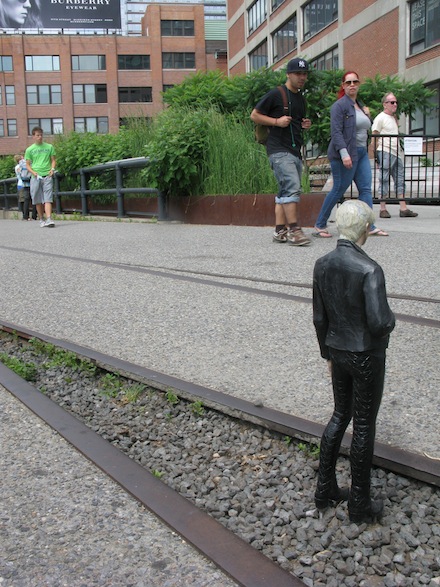 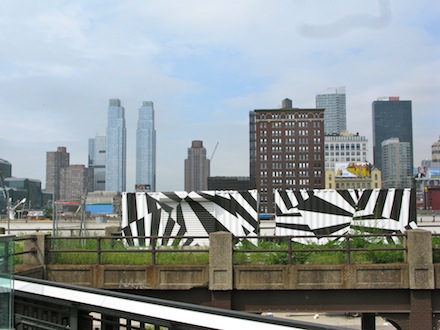 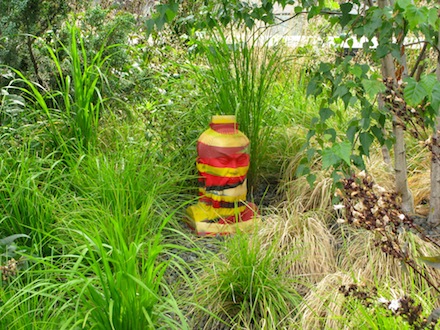 This entry was posted on Thursday, June 28th, 2012 at 10:34 pm and is filed under AO On Site. You can follow any responses to this entry through the RSS 2.0 feed. You can leave a response, or trackback from your own site.