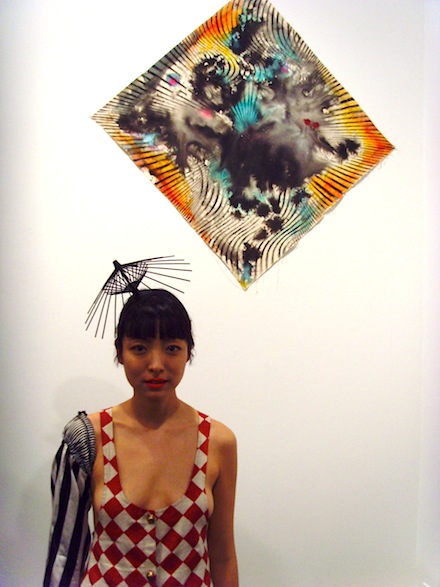 All photos on site for Art Observed by Lisa Marsova

On June 9th White Columns  in the West Village debuted DO YOUR THING, a group show curated by New York based DJs Thomas Bullock and Eric Duncan (also known as RUB N TUG). Bullock and Duncan have been regular fixtures on the downtown scene for over ten years and and are known for not only their art world presence but also for throwing a series parties together. 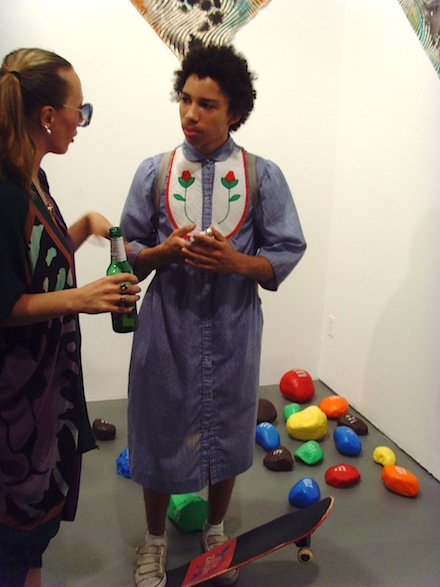 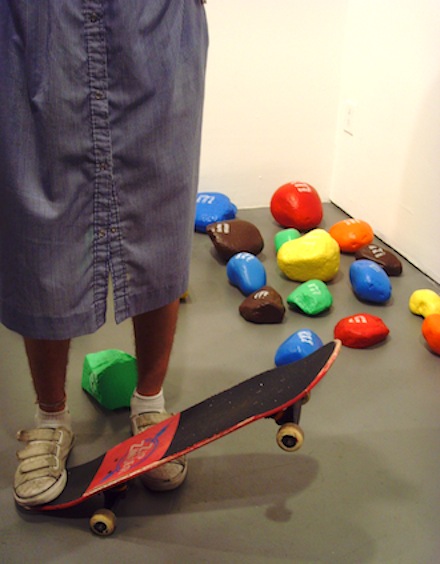 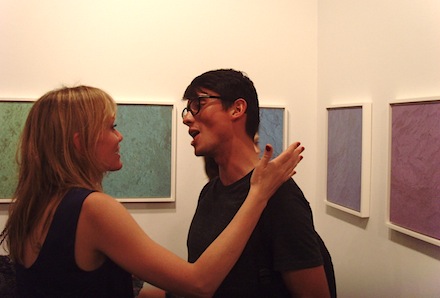 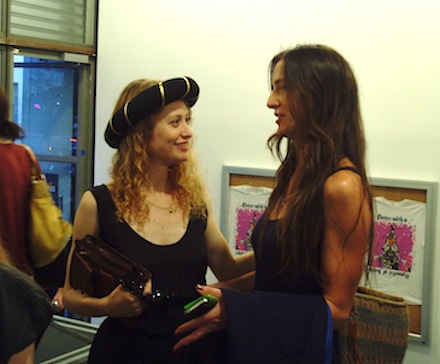 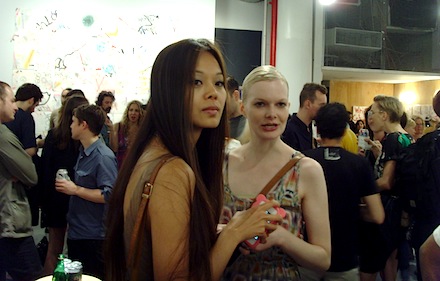 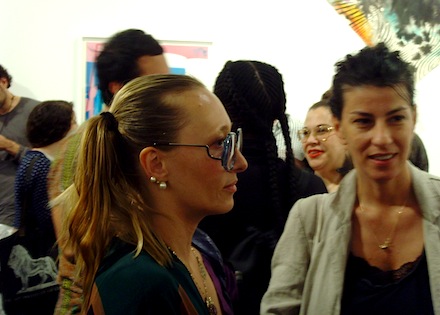 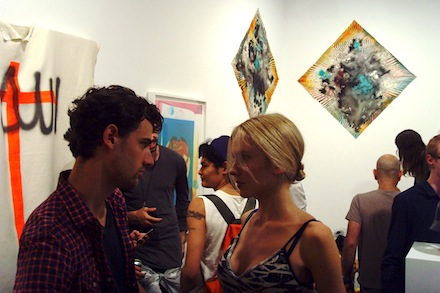 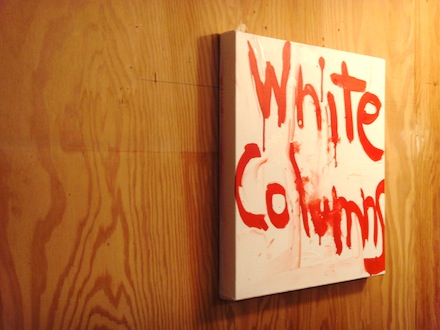 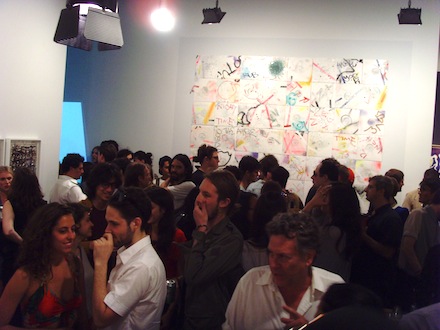 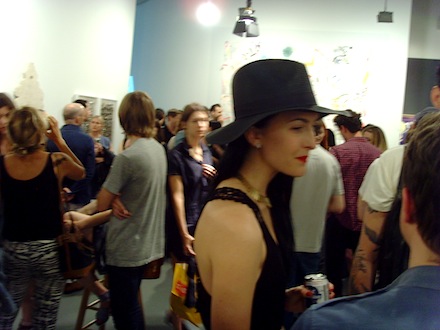 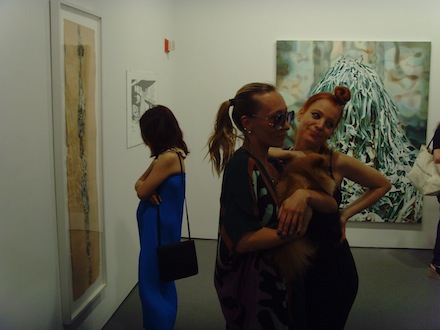 The show features work by many artists, who also happen to be the friends and family members of this musical duo, including Aaron Bondaroff, Lisa Rovner, and the late Dash Snow. Their work, collectively, reflects the excitement and energy of New York City’s contemporary club and art scenes. 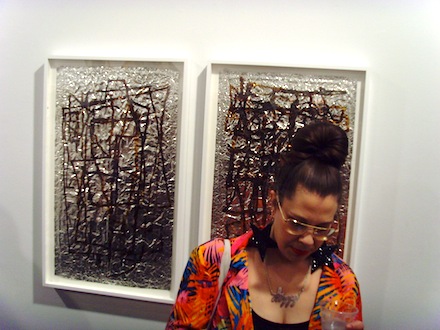 Although there are traditional elements to some of the pieces in this exhibition, most of the work was made using alternative media and subject indicative of the constant morphing of urban energy and ideas. 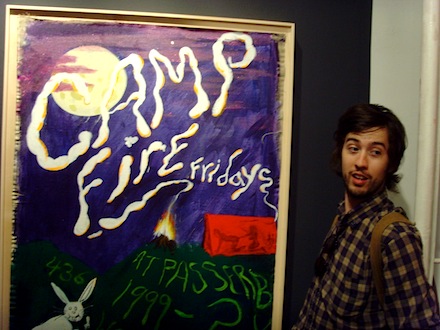 A guest in front of Spencer Sweeney’s painting 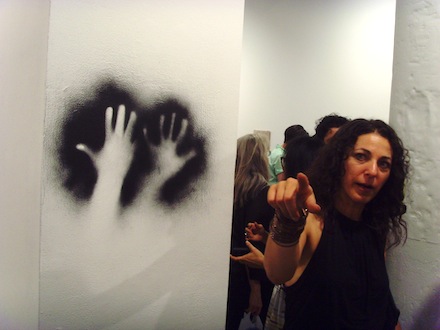 Entering the gallery, viewers are met by Untitled from the Imaginary Friends series, a mixed media piece resembling a pair of hairy blue legs hung from a wooden pole, by Icelandic artist Hrafnhildur Arnardottir / Shoplifter. The “legs” resemble that of a doll’s wearing blue tights with their soft striated exterior. The patches of black hair are placed strategically; thickest at the top, bottom, and sides of the piece. Shoplifter is intrigued by the aesthetic and societal properties of hair and, as a result, has spent several years working with this unconventional material. 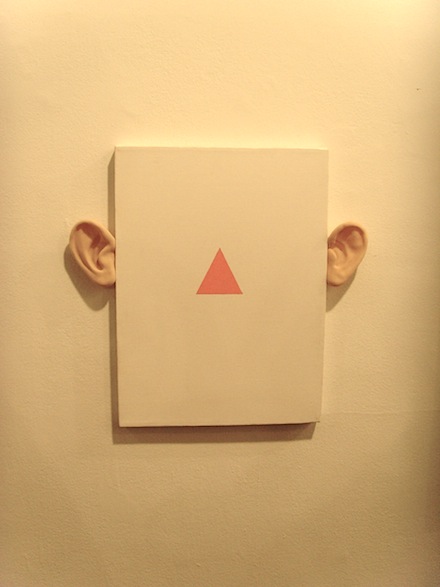 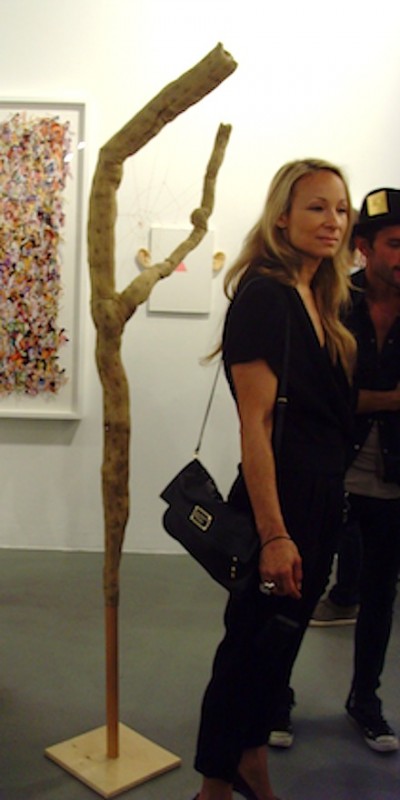 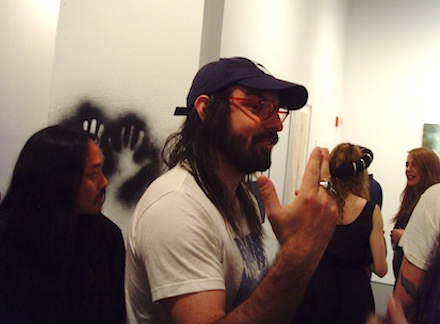 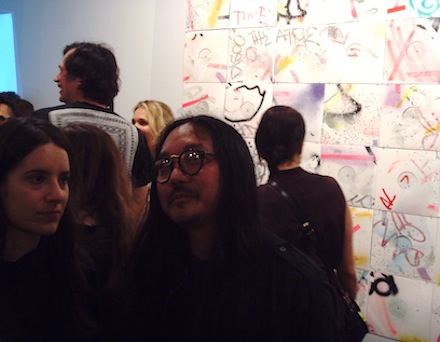 Men’s fashion and media entrepreneur Aaron Bondaroff has a two-part piece in the show titled You Ain’t That Dope. Two separate white frames house a pair of metallic paintings that are appear partially covered with brown and black encaustic paint, perhaps reminiscent of pieces of tin-foil that have been used to freebase Heroin. 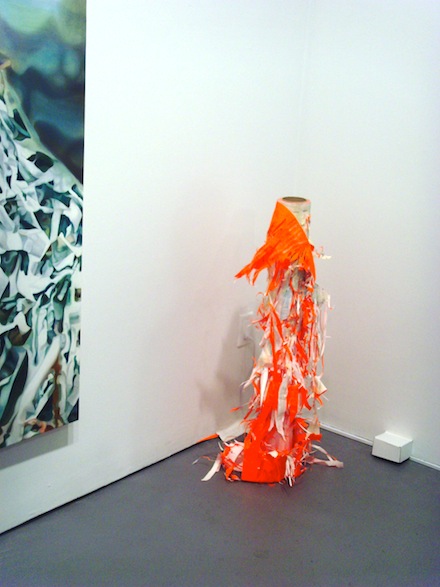 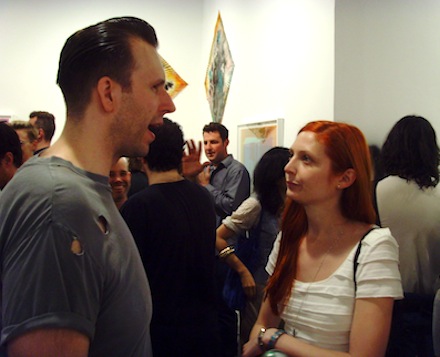 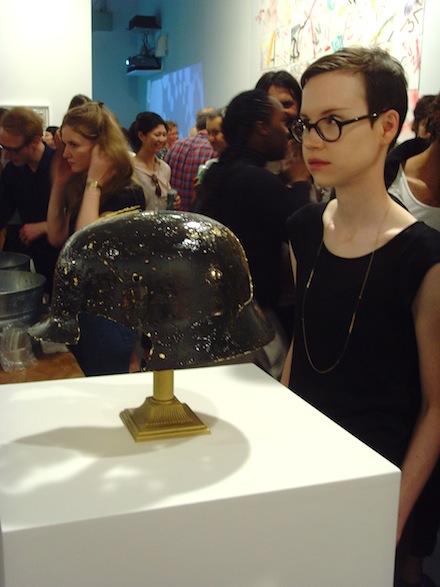 Mounted on one of the back walls of the gallery, standing ten feet high and wide, is Bullock and Duncan’s Turf. This piece is categorized somewhere between painting and collage, conceptual and street art, with its surface layer of painted graffiti atop a foundation made of 64 individual vinyl records. The white surface, imbued with a heavy dose of pink and pastel graffiti writing, has an urban flare that echoes but does not fully resemble the dark and weathered graffiti found on a subway wall or a public building. The vinyl records are a manifestation of the cultural crosshatching of the show itself; they epitomize Bullock and Duncan’s ability to combine urban nightlife and aesthetics with music and visual art. 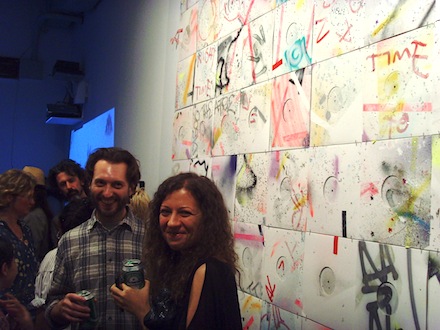 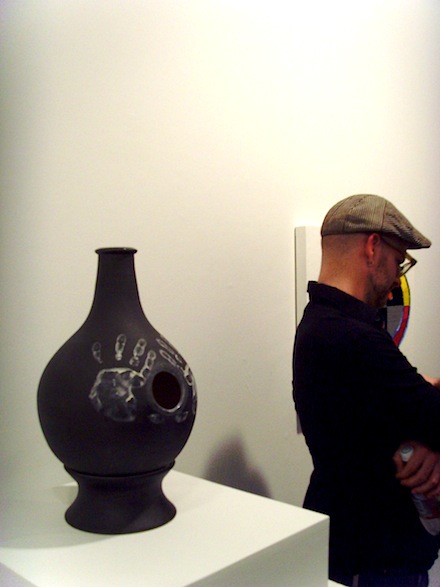 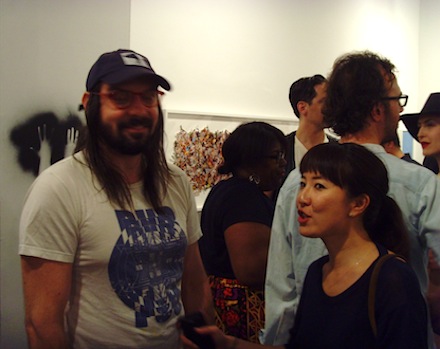 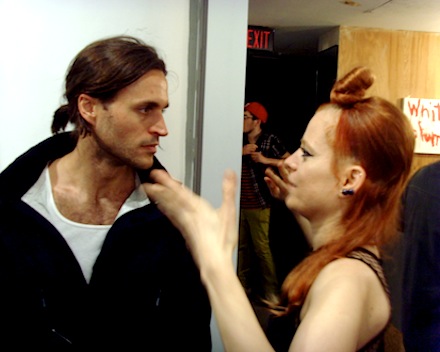 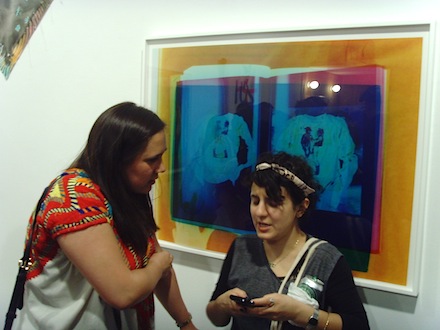 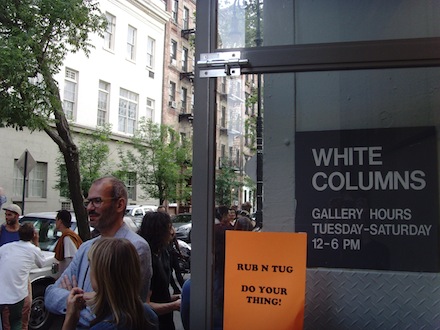 DO YOUR THING will be on exhibit at White Columns until July 14.

This entry was posted on Thursday, June 14th, 2012 at 7:01 pm and is filed under AO On Site. You can follow any responses to this entry through the RSS 2.0 feed. You can leave a response, or trackback from your own site.